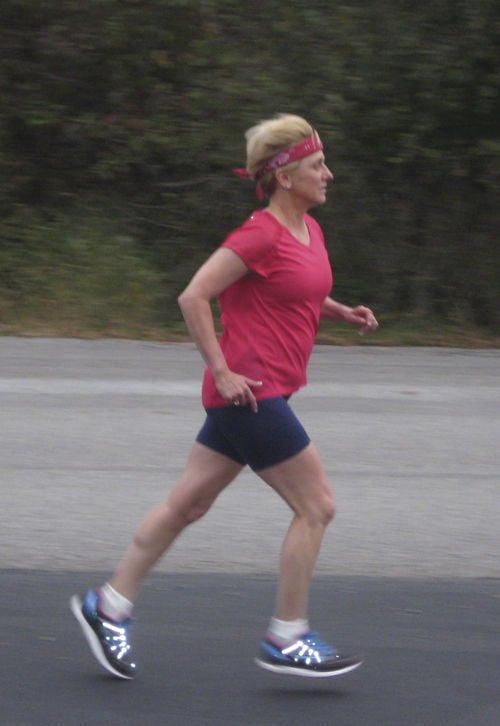 Apollo-Ridge High School science teacher Julie Opalka is not only an avid runner, she also recently became certified to teach yoga. And she loves to stay active during the winter with skiing.

This chart shows various temperatures and windchills and their frostbite risks.

Apollo-Ridge High School science teacher Julie Opalka is not only an avid runner, she also recently became certified to teach yoga. And she loves to stay active during the winter with skiing.

This chart shows various temperatures and windchills and their frostbite risks.

A lot of people dread the thought of cold winter temperatures and snow, but Julie Opalka eagerly awaits that first snowfall—and all the frosty weather after.

“I love the fresh air. I love the feeling of the cold air on my face,” Opalka says.

Opalka engages in a variety of athletic activities. She recently became certified to teach yoga, not to mention being a competitive runner for more than 30 years.

“I just put a hat on and run yearround,” she says. “The winter is the nicest time of year to run. It is so cool and comfortable.”

One of her biggest passions, though, is downhill skiing. In fact, it might be the main reason she welcomes the cold air with open arms.

A science teacher at Apollo-Ridge High School, the now 57-year-old Opalka strapped on her first pair of skis at age 19, when a friend took her skiing in eastern Pennsylvania.

“She took me up to the top of the slope and I went downhill mostly on my behind,” she says.

Despite the mishap on her first venture down the ski slope, Opalka took to the sport immediately.

In fact, skiing is also how she discovered her love of teaching.

From student to teacher

Opalka initially learned how to maneuver the slopes by following better skiers and watching their moves.

“I saw this very old man who was this amazing, graceful skier, and he noticed I was following him,” she says. “He asked me if I would like to ski with him, and I learned so much from him.”

When she was “finally good enough,” Opalka enrolled in formal lessons and developed her skills even further. Then she became a ski instructor. It was her work on the slopes that made her realize how much she loved to teach.

“I loved teaching the little kids,” she says.

The realization motivated her to go back to school to earn a teaching degree, and brought her to her current position at Apollo-Ridge.

Opalka has also shared her passion for skiing with her husband, John. Before they were married, the couple made a deal that she would teach him skiing and he would teach her his favorite sport, golf.

“I kept my part of the deal. He is an excellent skier, but I’m a really horrible golfer. I don’t think it is his fault though. I’m not good at any sport involving a ball,” she says.

For many, staying active during the cold Pennsylvania winters can be challenging, but not for Opalka, who knows what it takes to stay warm and motivated throughout the long, cold winter months.

Whether running or skiing, the proper gear is important for that comfort, Opalka says. She wears a Gore-Tex running suit for her runs and well-insulated skiing gear while on the slopes.

“When it is really cold, I tell myself to just do one mile, and if it is really bad, I can turn around,” she says. “Once I’m out there, I always finish.”

Internal layer Allows for evaporation of sweat with minimal absorption. This layer is in direct contact with the skin and should use a moisture-wicking material, such as polyester or polypropylene.

Middle layer Provides the primary insulation. Can be a fleece or wool material.

External layer Allows for moisture evaporation. This layer is removable and should be wind and water-resistant. It should also have venting abilities, e.g., zippers or mesh in the armpits or low back area.