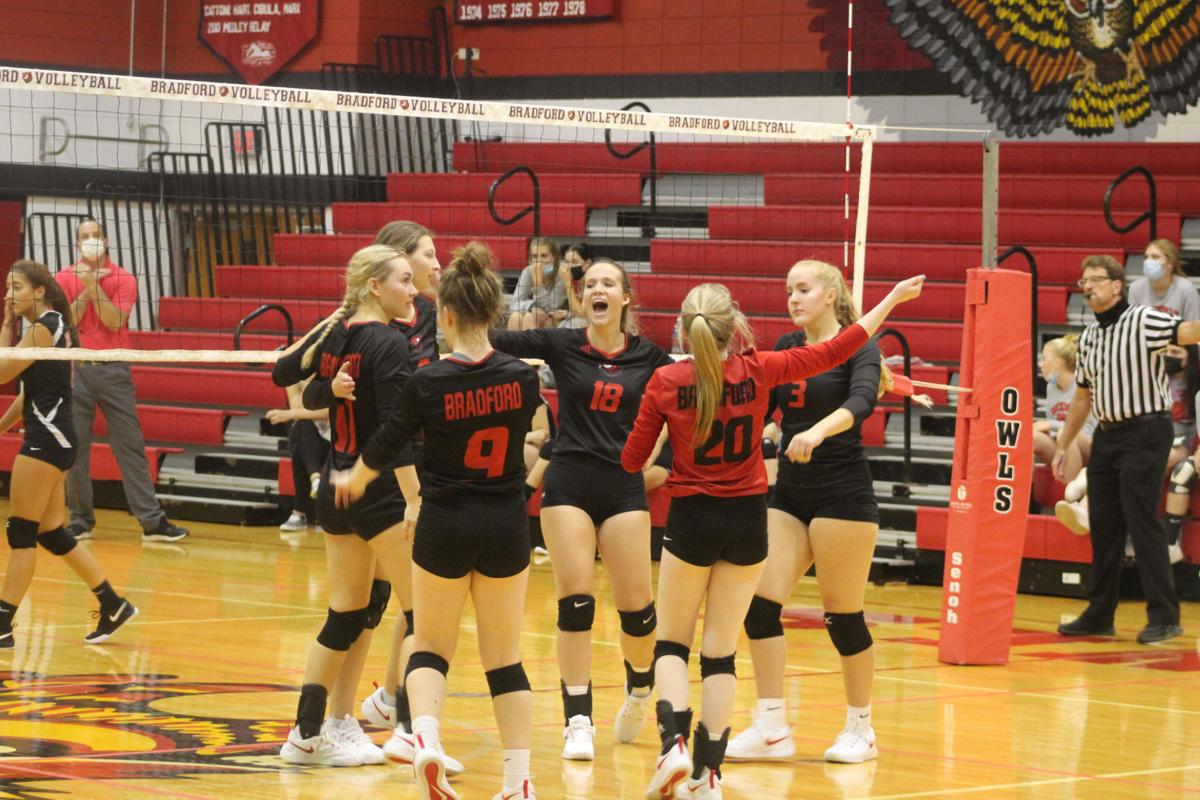 Bradford players react to winning a point after a long volley with Brockway. The Lady Owls defeated the Lady Rovers in four sets. 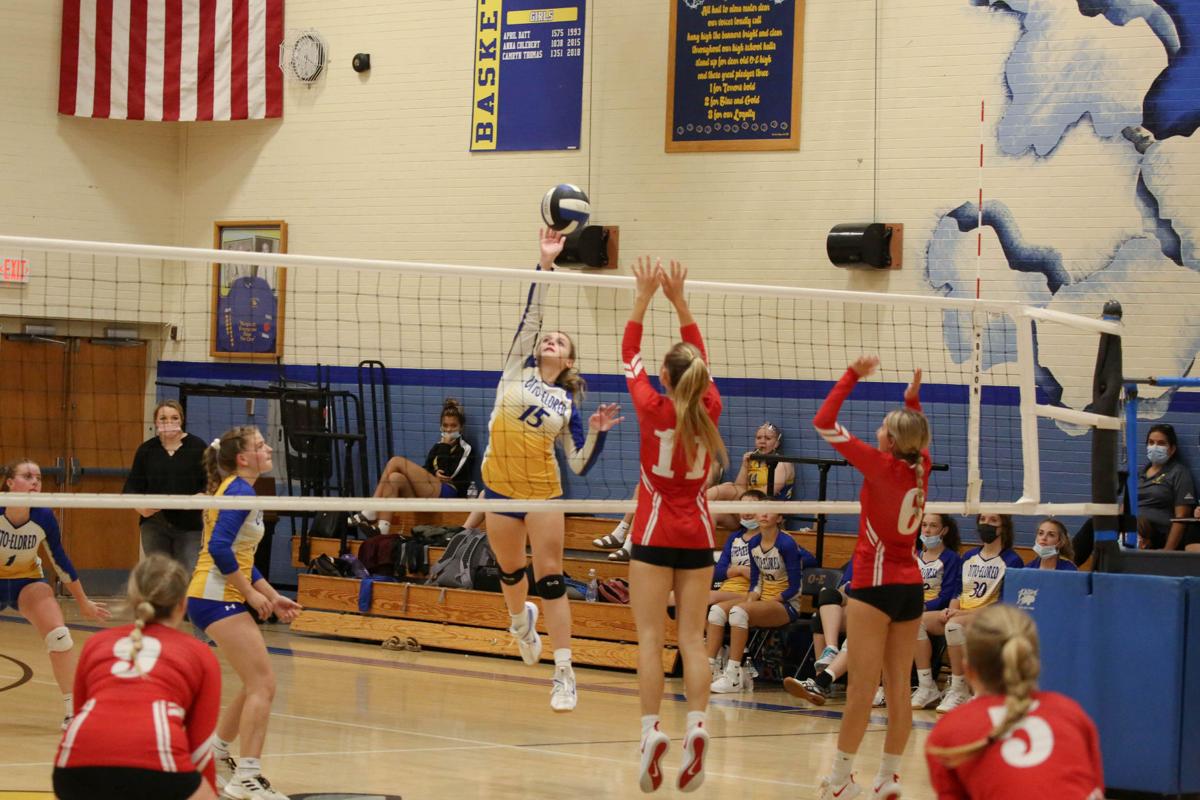 Bradford players react to winning a point after a long volley with Brockway. The Lady Owls defeated the Lady Rovers in four sets.

“We always talk about volleyball being a fast sport and everyone coming for the kills, but tonight, everyone came for athleticism and no quit on points,” Lady Owls coach Steve Daniels said. “Both sides, somebody got an arm on the ball, or somebody got it over. It just showed terrific resilience and effort from each team.”

SMETHPORT — Avaree Kellert was all over the court against Smethport, leading Oswayo Valley over the Lady Hubbers in straight sets (25-13, 25-14, 25-17).