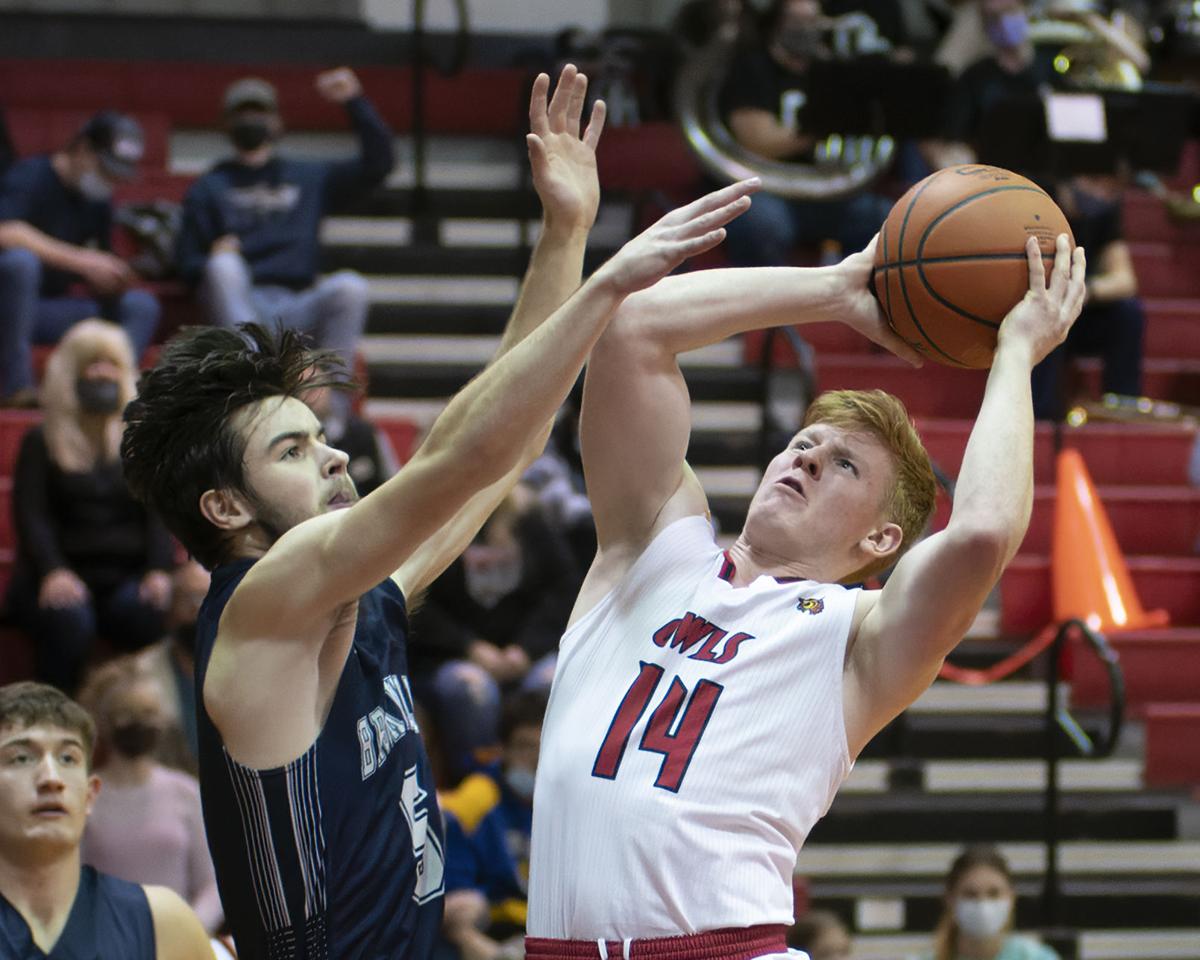 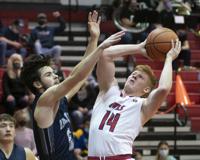 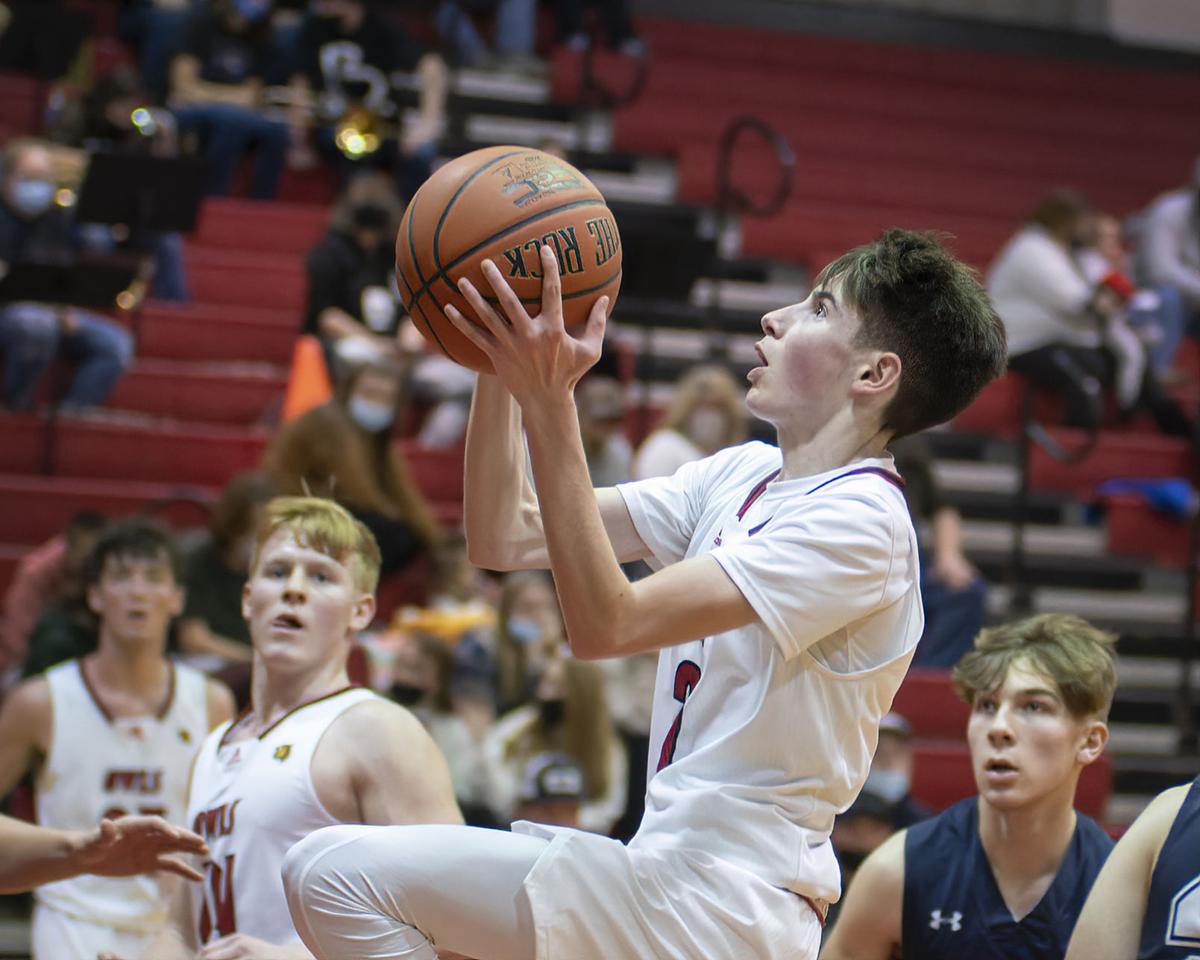 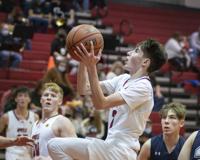 Bradford’s swarming defense did everything it could to slow down undefeated Brookville, but in the end, the Owls couldn’t keep up with the Raiders on the offensive end.

Despite stalling Brookville’s potent offense for much of the game, a 15-2 first-half run doomed the Bradford boys basketball team in its 44-25 Friday loss to the Raiders at Bradford High.

Bradford deployed a zone defense that Brookville struggled to solve early on. The Raiders’ outside shooters struggled early, as well, as the sides limped through the game’s first dozen minutes.

Late in the second quarter, however, Brookville started to find holes in the Owl defense, as it fed forward Clayton Cook under the basket.

As Cook went to work in the paint, Brookville’s shooters started to heat up, as well. Danny Lauer capped the 15-2 run with a 3-pointer that beat the halftime buzzer.

“We weren’t patient enough on offense, turned the ball over and didn’t finish at the rim,” Bradford coach John Bennardi said. “We always preach to ‘stay the course,’ and when things like that happen, you can’t come down and get sped up. They’re a good defensive team and they put pressure on you, so when they speed you up and we start throwing passes around, it creates some turnovers.”

Cook and Lauer proved to be Friday’s difference-making duo for an impressively deep Brookville side, as the former scored 13 points while the latter added 16. Each eclipsed double digits by the end of their late first-half run.

“When you hand guys off at the front (of the zone), we need to communicate on the post player,” Bennardi said. “We know where the weaknesses are in those zones, but we also just didn’t rebound. We haven’t rebounded all season.”

Bradford settled back in defensively in the second half, but offensive struggles continued, and the Owls simply didn’t score consistently enough to cut into the deficit.

They cut the lead to five (26-21) early in the fourth quarter on the heels of a three-point play by Cam Austin. Lauer answered with a trey on the other end, however, and after a Bradford turnover, the Raiders found Cook underneath to stretch their lead back to 10.

That was as close as Bradford would get.

“They had 17 offensive rebounds,” Bennardi said. “They did a nice job getting the ball in there, but that’s 17 times we stopped them and potentially could have had the ball back. We can’t do that night in and night out.”

Austin scored a game-high 12 points for the Owls, who were without senior guard Jerid Wilmoth for the second consecutive game. Jake Franz and Dalton Dixon each added four points for Bradford.

Brookville showcased its depth, rotating a seemingly endless supply of ball handlers and defenders that helped keep the Owls off the scoreboard. The Raiders improved to 10-0 on the season, while Bradford fell to 6-6.

“Learning how to win is more important than people understand,” Bennardi said. “We just got a little bit out of sorts and got sped up, and that’s something that we need to fix.”

Bradford’s season has been marked with equally positive and negative stretches thus far, as the Owls have played nearly every opponent closely. The five-game winning streak that followed a four-game skid is now likely forgotten, as the Owls have dropped back-to-back games after falling Wednesday at Kane.

The Owls face a pair of lengthy road trips next week, as they’ll travel to DuBois Wednesday and Punxsutawney Friday.

“This is a work in process and we’re doing well; I’m not complaining about where we’re at,” Bennardi said. “But we have to get another signature win, and we’re very close. The rebounding and turnovers are killing us right now.”