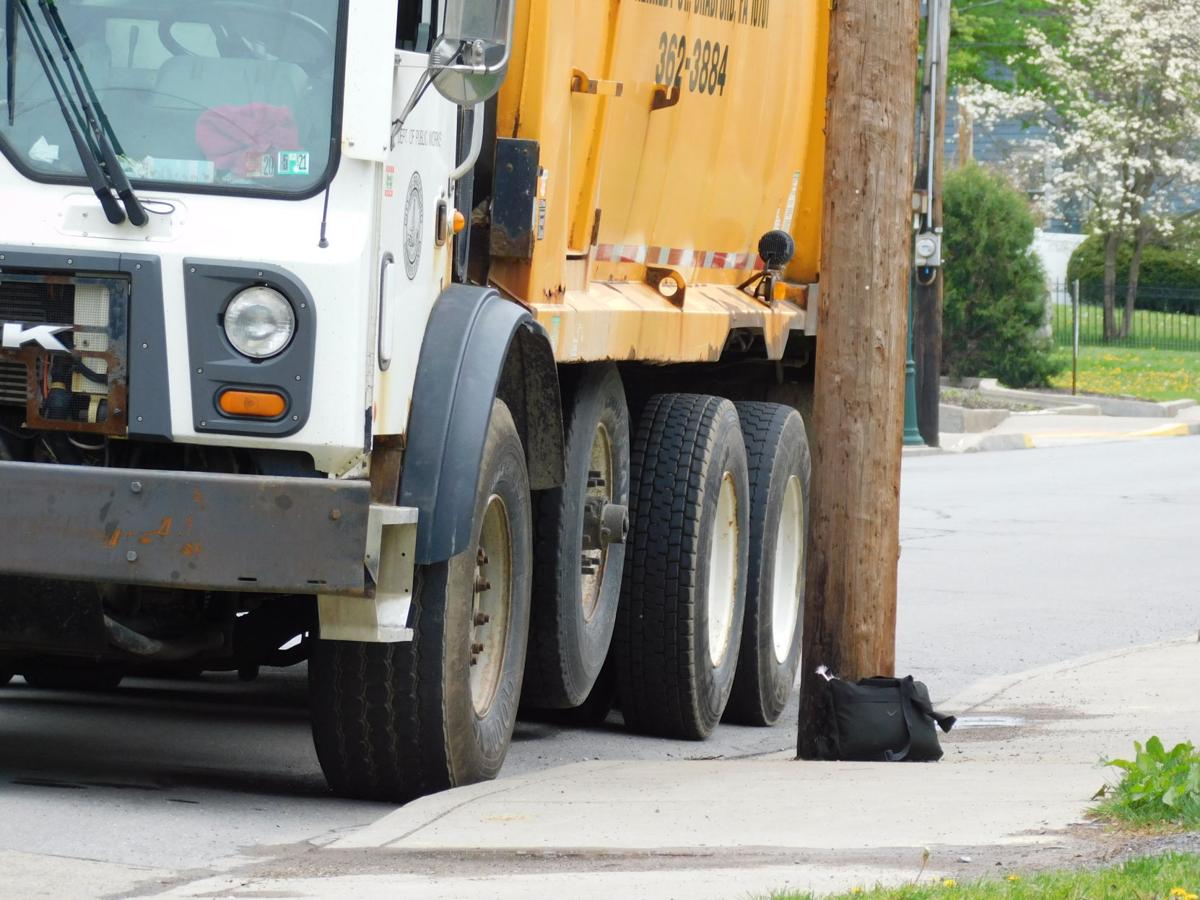 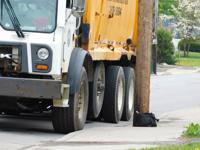 A City of Bradford garbage truck was parked beside the suspicious bag while waiting for a bomb squad to arrive. 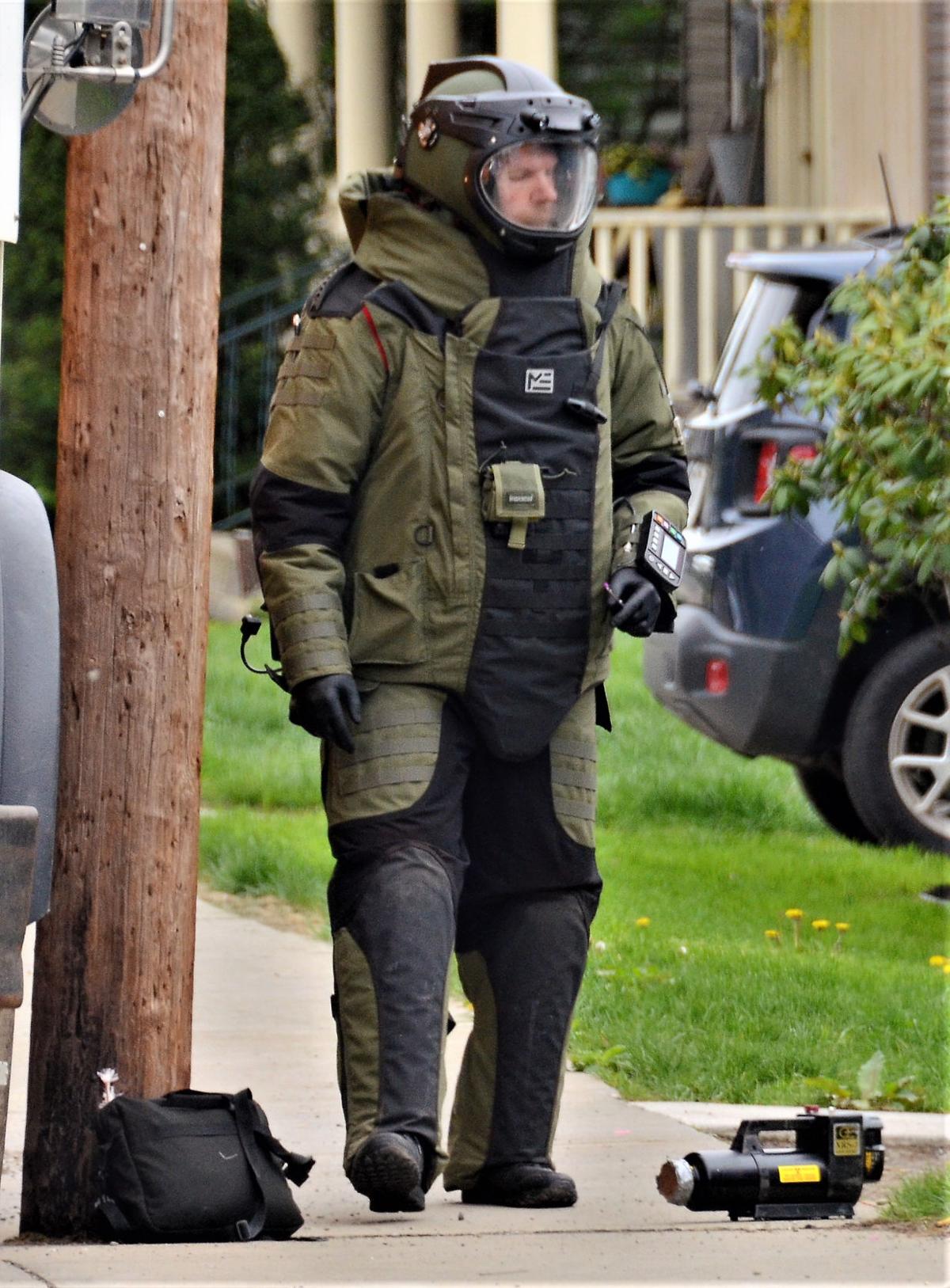 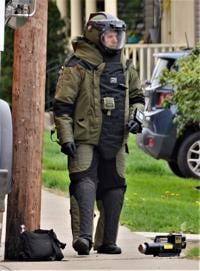 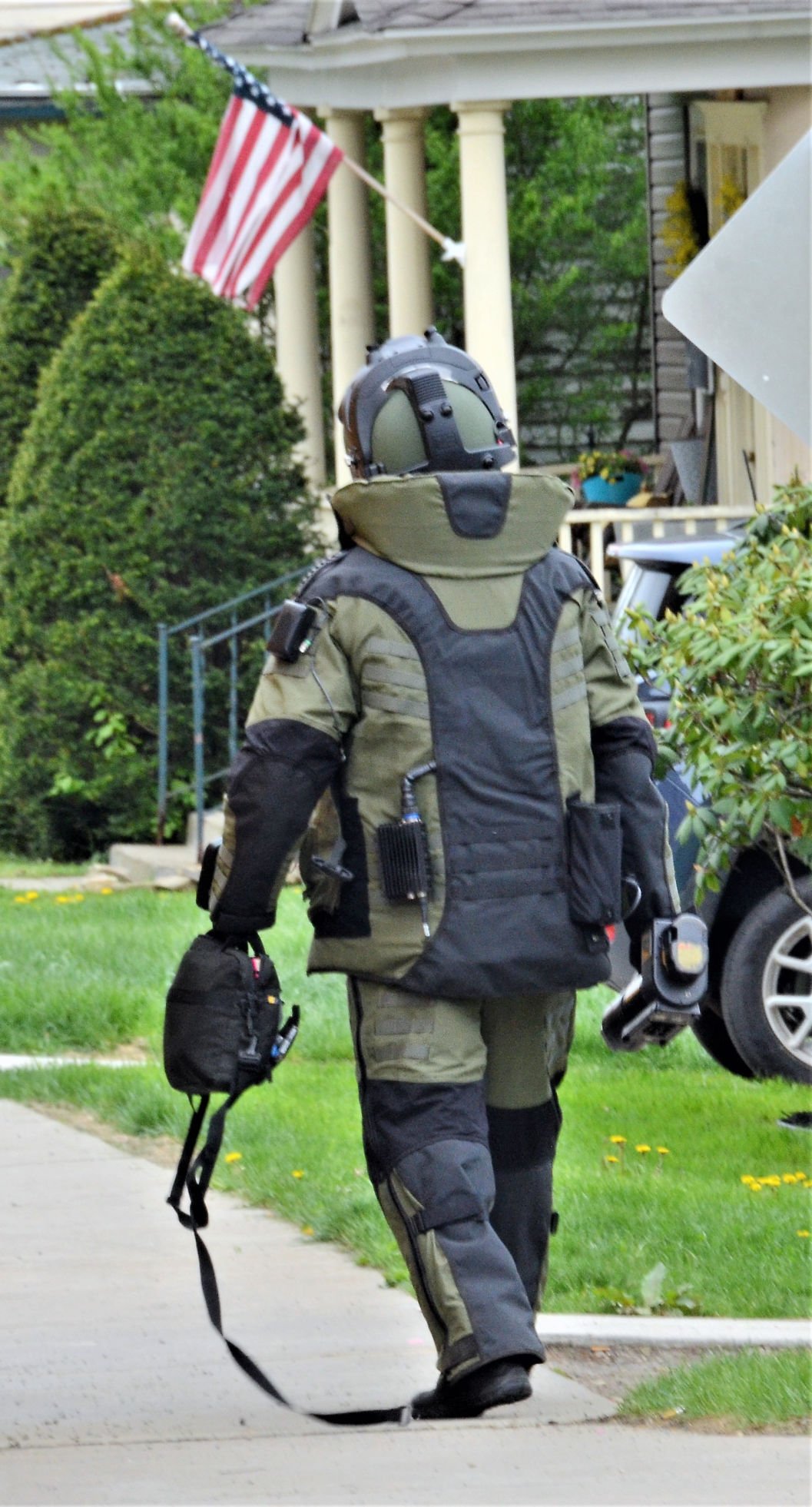 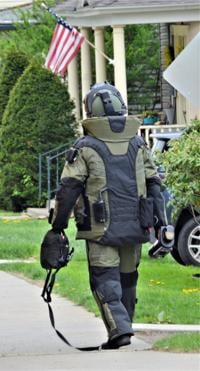 After determining the contents of the bag were not dangerous, the bomb technician carries it back to waiting police officers.

A City of Bradford garbage truck was parked beside the suspicious bag while waiting for a bomb squad to arrive.

After determining the contents of the bag were not dangerous, the bomb technician carries it back to waiting police officers.

It was a peaceful conclusion to a tense morning Tuesday when bomb technicians cleared a suspicious bag found across from School Street Elementary School.

It was a black messenger bag, zipped and tied shut, left at 4:10 a.m. by unknown people against a utility pole across from School Street Elementary School.

The bag was noticed at 8:10 a.m., when children were being dropped off at school. Bradford City Police closed the street, notified the school district and consulted with a bomb squad.

Bomb technicians from Penn State University, Millcreek Township and the state police came to help. A Millcreek technician with a bomb suit used an X-ray machine brought by the state police to examine the bag before opening it, and determined no explosives were present.

Bradford City Police Chief Mike Ward said the bag had “miscellaneous items that would lead us to believe it was a female’s bag.”

He explained why the police were suspicious in the first place.

“We had video that it was placed there at 4:10 in the morning and it was placed in a suspicious manner,” the chief said. “We’re trying to determine who the actors are. That part of the investigation is still ongoing.”

Ward made the decision early on that some extra layer of protection should be put between the suspicious package and the school. A city Department of Public Works garbage truck was parked there.

Don Lemon gives Carl Nassib a round of applause

“Over the years I’ve seen that method used in larger cities,” Ward said. Department of Public Works director “Chip Comilla acted swiftly, and he and another city worker brought the truck to the scene immediately.

“If there was an explosion it would have deflected any explosion away from the school,” Ward said.

Throughout the day on Tuesday, residents on social media second-guessed every decision made by the police, including the decision not to evacuate the school.

“We consulted with the bomb squad and determined putting the school in shelter-in-place was the safest option,” he said. Attempting to evacuate the building’s 3rd through 5th grade students could have heightened the danger to everyone involved.

Ward stressed throughout the day that the actions were precautionary.

“We were very lucky with the way it turned out,” he said. “Some people might have viewed that as an overreaction, but we weren’t taking any chances. Everybody worked together as a team and it came to a very good resolution.”

School Street was closed until early afternoon, about four hours in total.

“It couldn’t have worked out any better,” Ward said. “Thankfully it was not dangerous and this turned out to be a perfect training exercise for everyone involved.”

Become a Published Author. We want to Read Your Book!