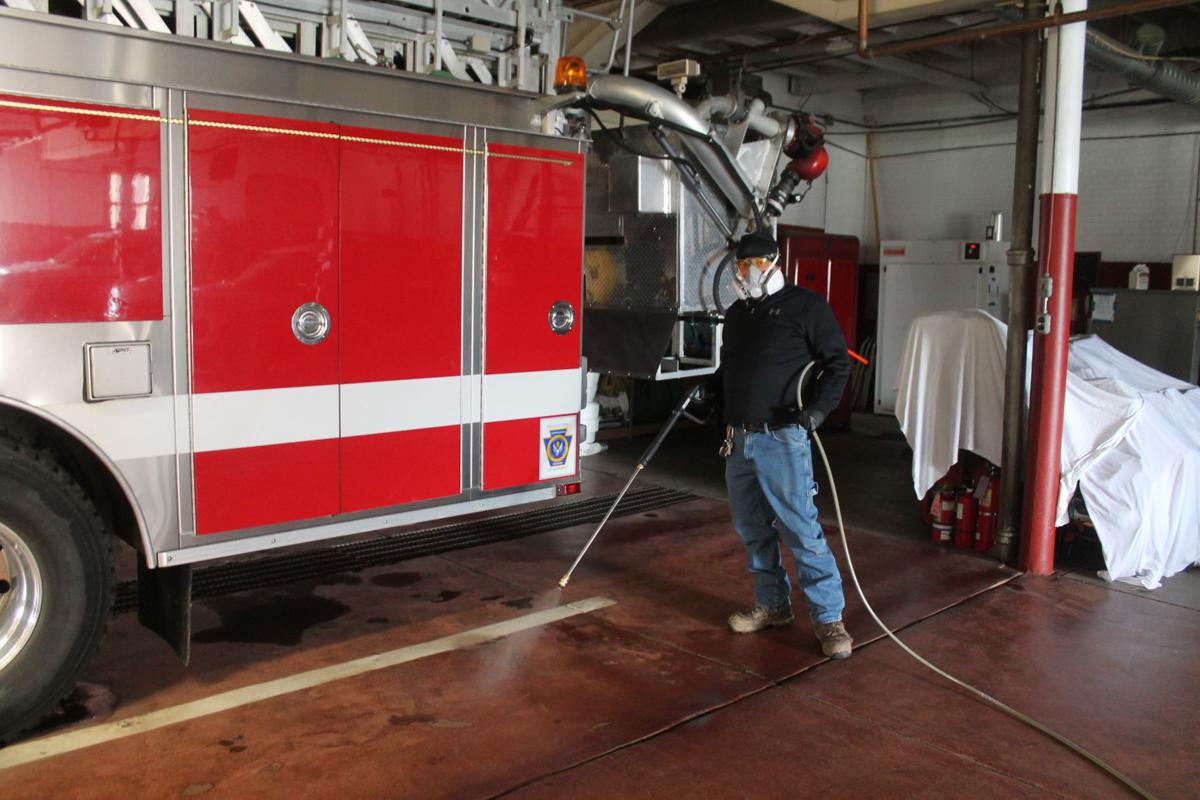 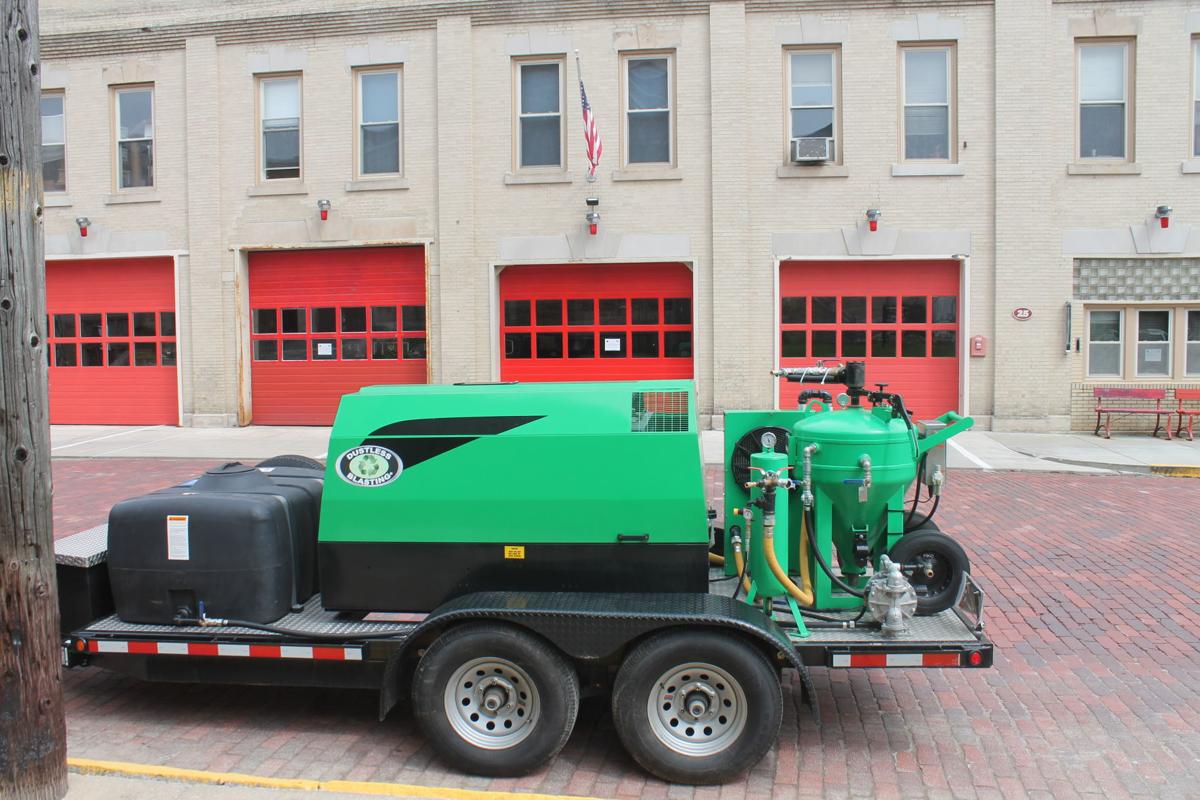 The “BTU COVID-killer” sits outside the Bradford City Fire Station on Tuesday. The machine was converted from a media blaster to a vapor adapter that can spray a disinfectant capable of killing the COVID-19 virus, according to Dustless Blasting.

The “BTU COVID-killer” sits outside the Bradford City Fire Station on Tuesday. The machine was converted from a media blaster to a vapor adapter that can spray a disinfectant capable of killing the COVID-19 virus, according to Dustless Blasting.

It was originally a simple business purchase for BTU Supply’s David Reed.

Reed, whose business works in heating, plumbing and air conditioning, had purchased a media blaster from Dustless Blasting to do things like remove paint from surfaces or power wash bricks.

But while doing some research on his new machine, Reed happened back upon the Dustless Blasting website, where he learned he could convert his media blaster from the company into a disinfectant vapor spreader.

“I purchased the media blaster for media blasting purposes, and while I was waiting for warmer weather about two weeks ago, I was surfing the web on my living room couch and noticed it,” Reed said of the website’s conversion page. “The next day, I ordered the conversion kit, and (Dustless Blasting) got it to me within four or five days.

“I plugged it in on Easter and just dove right in with both feet.”

The process involved removing several parts intended for media blasting, as well as putting on a new valve setup with different hoses, lines and vapor nozzles. In addition, Reed, who co-operates BTU Supply with his girlfriend, Jessica Morton, had to order chemicals — all of which are EPA- and CDC-approved — to formulate the disinfectant. The main chemical is Shockwave’s Chemical Bacteria Kill 1.

And so after a day of tinkering with the device, Reed had his blaster — nicknamed the “BTU corona-killer” — fully repurposed into a machine capable of spraying disinfectant. On Tuesday, he put it to the test at the Bradford City Fire Station.

And while there are some kinks Reed is working through, Tuesday’s visit to the station did prove to be successful.

“We got it going,” Reed said, and added that the next thing he and his associates at BTU will try to do is fine tune the machine to get it fully reliable. Reed had some issues with the spray producing foam on Tuesday morning, but after some adjustments and adding of de-foaming agents, he was able to get the machine fully running in the afternoon.

“We’ll do some fine-tuning and work the bugs out,” Reed said. He’ll visit the Bradford City Police Department on Thursday to disinfect surfaces there and to continue working through any issues that arise, and he hopes to disinfect at other fire departments and police stations in the area, free of charge.

Once things are running with no issues, the plan would be to expand to local businesses, especially those still experiencing high volumes of traffic like buses, grocery stores (and especially shopping carts) and more, while charging some sort of fee.

“We’re excited. We want to run this night and day if we can get something going,” Reed said.

The opportunity for Reed and BTU Supply comes at a point when the COVID-19 outbreak has slowed business to a near-halt for just about everybody. Reed said supply houses he’s spoken with are down 30% from usual business.

How much this pandemic ends up affecting BTU Supply remains to be seen, though, according to Reed.

“This is our slow season… I get nervous about slow periods; I’m not used to having them,” he said. “This year, supply houses dropped off about 30%. That trickles down to me and then I’m not busy. I want to keep my guys working; I don’t want to lay anybody off.

“I’m not getting help from the government yet, so keeping everybody paid is a strain. How much slower is business? That’ll be seen. We’re hanging in there, but we’re losing money each day.”

But with the machine up and running, perhaps BTU Supply and Reed can manage. That said, the business aspect of the conversion wasn’t what occurred to Reed first.

“The first thought in my head was this would be a chance to do something big to help people,” he said. “I want to help people. My first motivation is to help save lives and flatten the curve. I looked at my girlfriend and said we can save lives by doing this, but we may never know it.”

And should things take off from here, Reed can add more nozzles and machines to his arsenal. He was purchasing more materials on Tuesday night to continue his test trials.