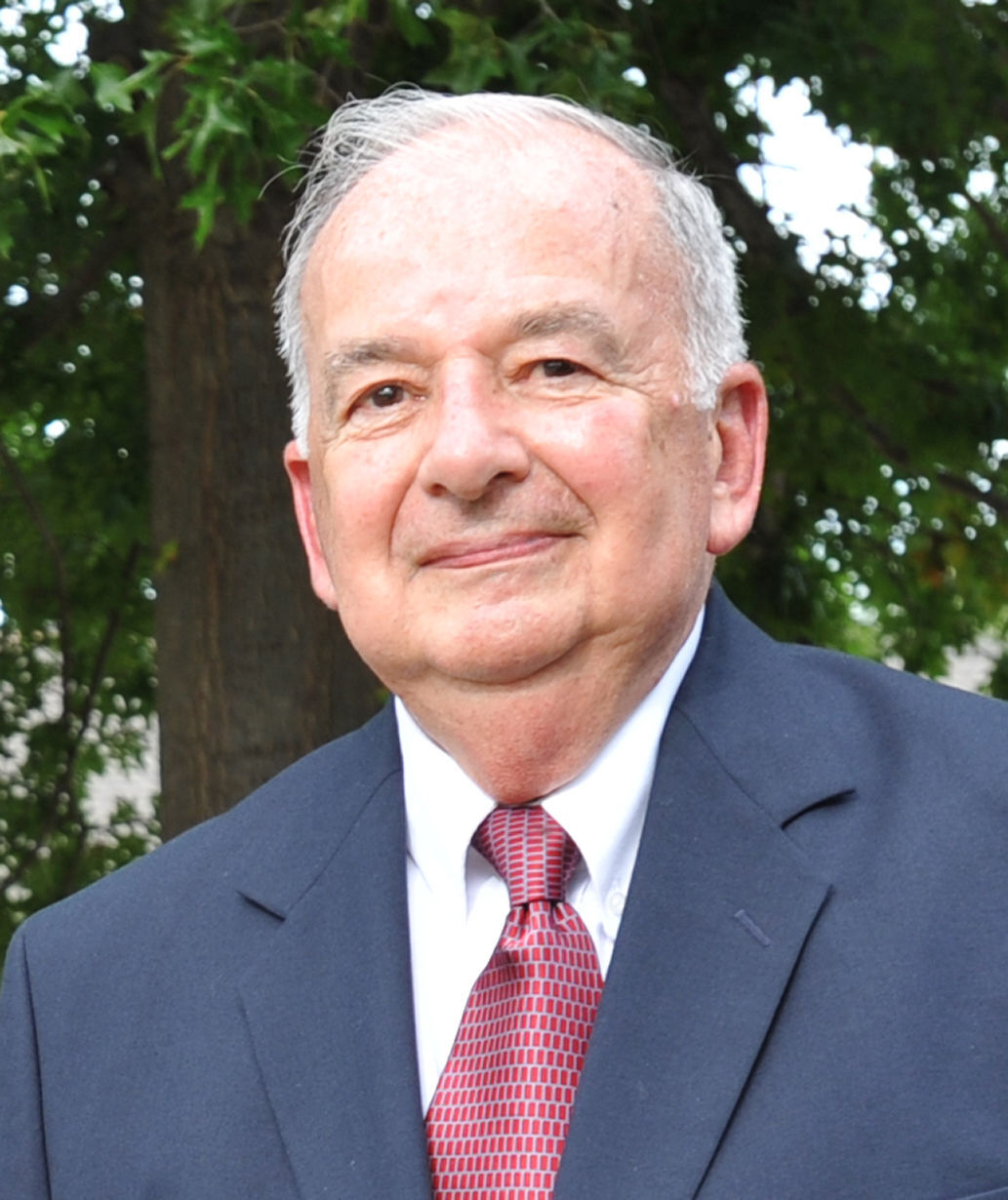 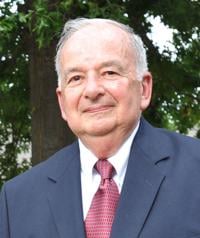 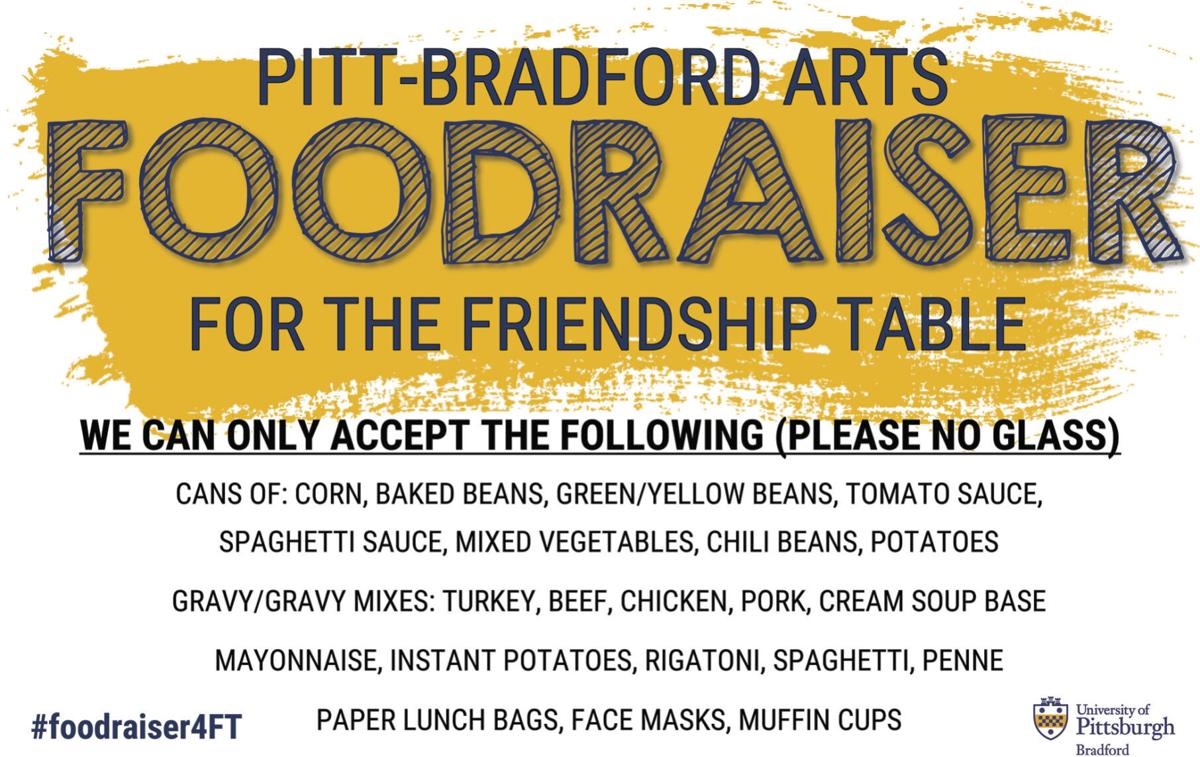 The 514 seats in the University of Pittsburgh at Bradford’s Bromeley Family Theater have remained empty for more than a year.

So the Pitt-Bradford Arts department decided to fill them.

They will use the space to collect bags of food and financial donations for The Friendship Table of Bradford this month. The Foodraiser kicks off April 5, and the public will be invited to donate to the Foodraiser from 9 a.m. to noon April 24 in front of Blaisdell Hall.

“We haven’t been able to fill our theater seats with people, but we can fill them with food,” said Patty Colosimo, director of arts programming.

Colosimo explained, “We’re trying to stay connected with our community because we haven’t been able to have any shows for over a year.”

In addition to collecting the cans — not glass jars — of nonperishable food items that The Table uses to prepare its meals for the community, Foodraiser organizers will accept monetary donations for The Table’s endowment fund.

The Friendship Table recently renamed the endowment fund to honor one of the organization’s most enthusiastic supporters: Howard Fesenmyer.

Fesenmyer, whose longtime service to the community included a seat on the Table’s board of directors, died Feb. 3. He was 94.

“I think the Friendship Table was always one of Howard’s favorite charities because he worked so hard to make sure they had the funding that they needed,” said Ron Orris, who co-chaired the endowment with Fesenmyer. Orris continues as chair with help from members Joe Doriguzzi, Harrijane Moore and Pastor Seth McClymonds.

Orris added that when Fesenmyer passed away, several people made memorial donations to the endowment.

“A lot of people knew that was his baby,” Orris explained.

When the arts program decided to help, she reached out to Meyer to get input on how to help.

Members of the community are asked to take part by putting donations of food or money in a bag and bring it to campus on April 24.

Foodraiser organizers are making the collection event as contactless and safe as possible.

Donors should put their bagged donations in either the trunk or back seat of their vehicles, then pull through the circular drive in front of Blaisdell Hall. Volunteers wearing masks and gloves will be there to grab the donations, so people don’t even need to get out of their cars.

If there is a monetary donation, volunteers will ask for the donor’s information so they can send a receipt for their records.

While the public is invited to drop off donations April 24, the Foodraiser actually kicks off April 5. Several businesses have volunteered to let the event organizers put totes out to collect donations from employees.

People can donate to the Friendship Table’s online giving platform at https://friendshiptable.churchcenter.com/giving

The Friendship Table appreciates all the community support received during the past year, when the organization saw a significant increase in the number of people who needed meals.

“We’ve fed so many people this past year,” said Meyer, noting The Table has provided nearly 60,000 meals for the community.

Anyone who wants more information on the Foodraiser can contact Colosimo at 814-362-5155.