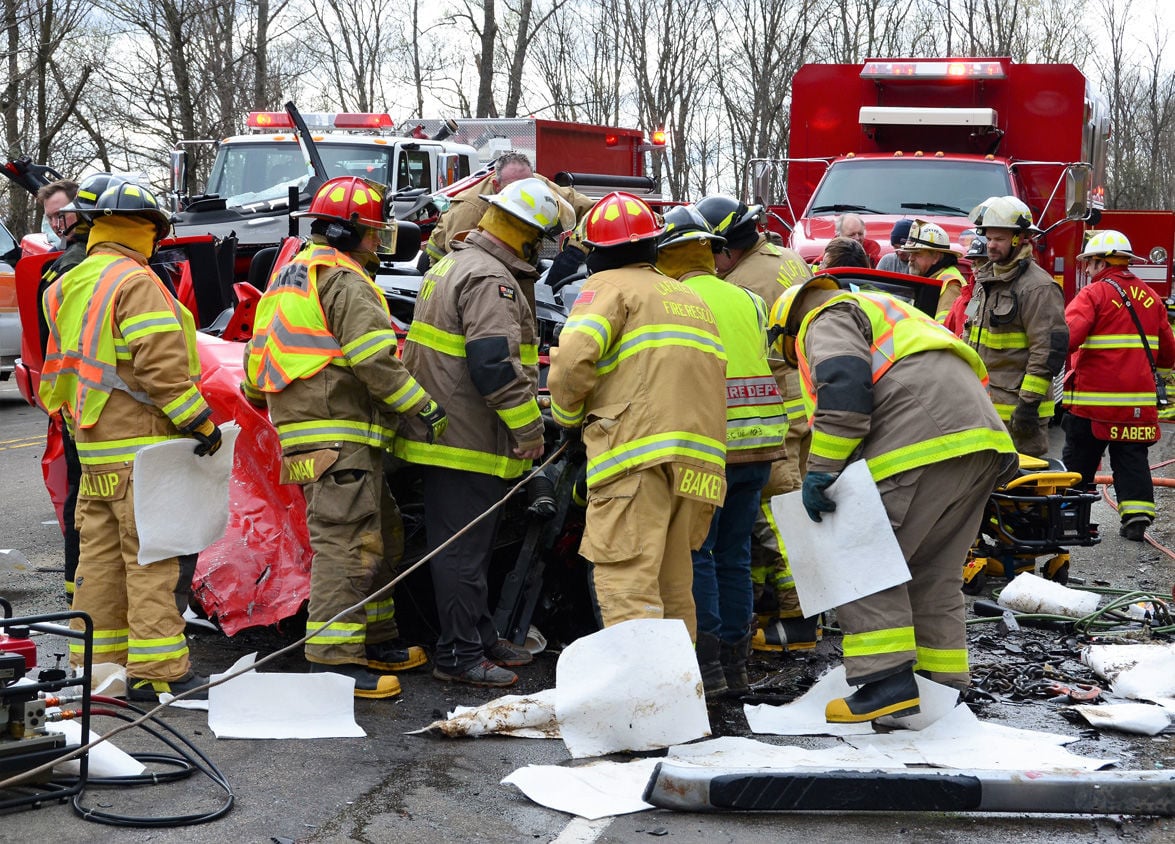 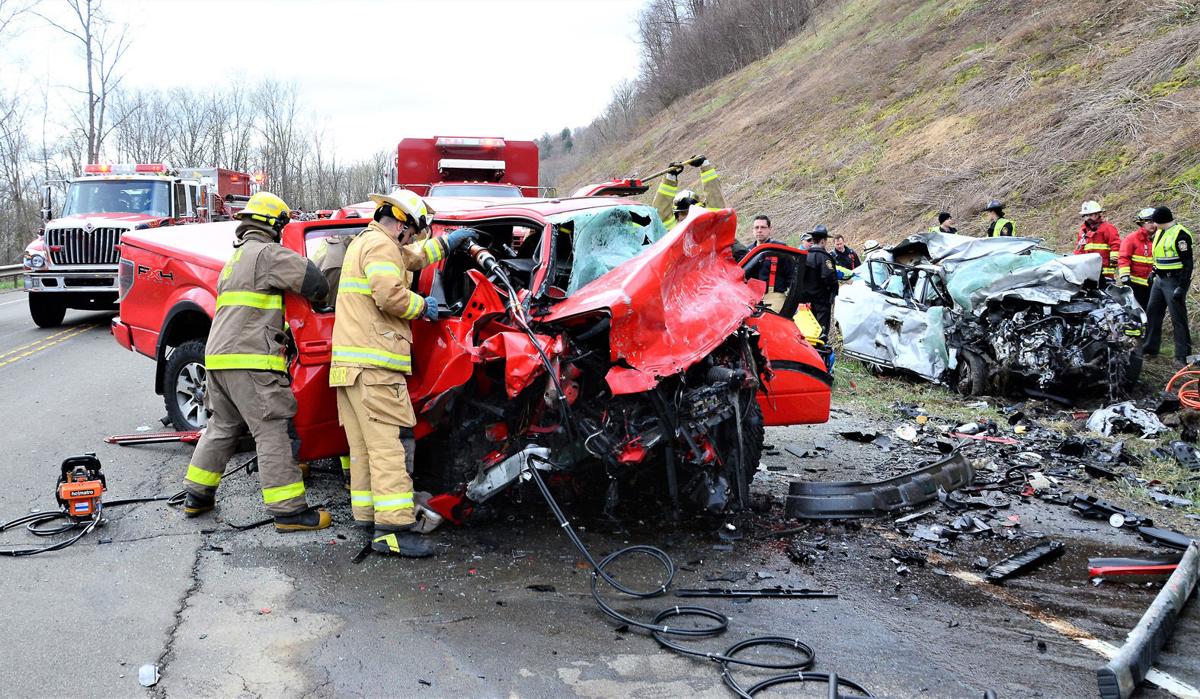 Four people were killed and another was seriously injured in this two-vehicle accident Saturday morning along U.S. Route 219 in Hamlin Township. 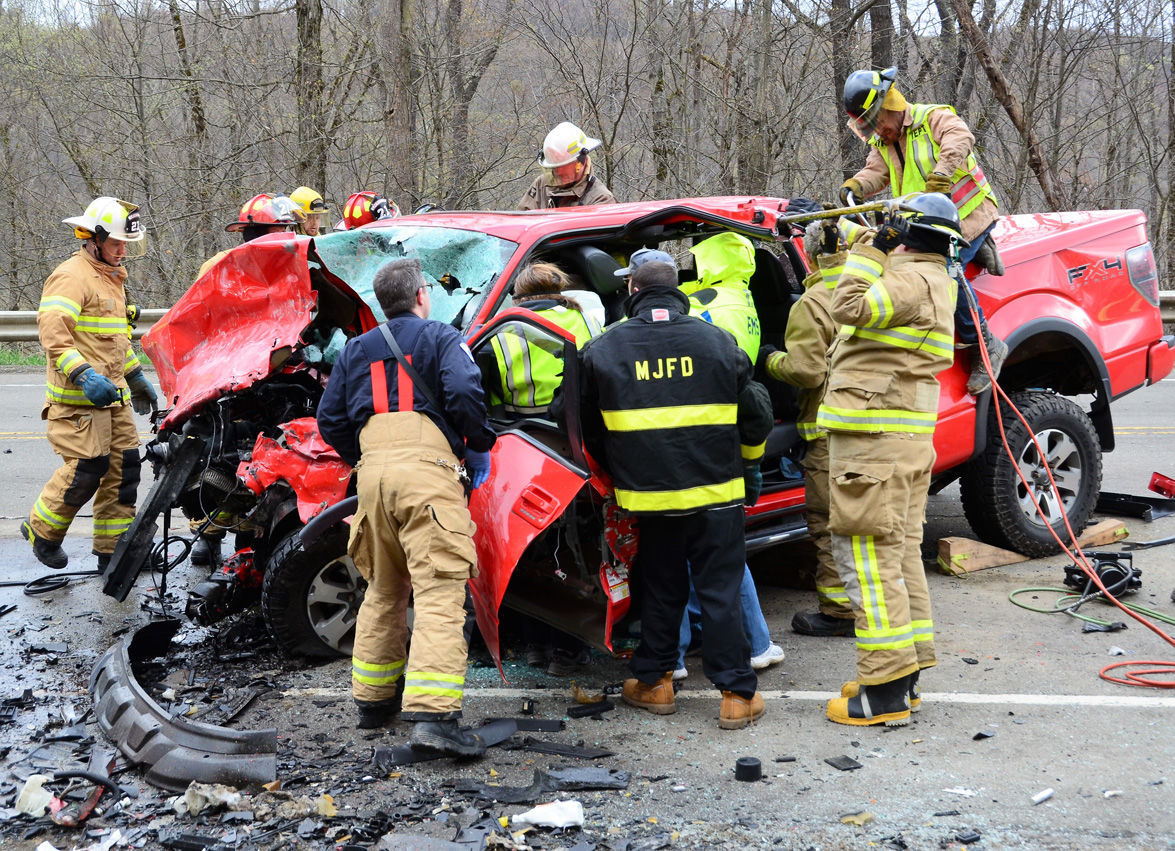 Four people were killed and another was seriously injured in this two-vehicle accident Saturday morning along U.S. Route 219 in Hamlin Township.

Four people lost their lives and one person was seriously injured in a two-vehicle crash on U.S. Route 219 in Hamlin Township Saturday morning.

Lewis Run-based state police reported that Ashley Smith, 30, and all the passengers in her vehicle — 31-year-old Teonna Herring, a 12-year-old boy and a 9-year-old girl –– were pronounced dead at the scene. They were all of Pittsburgh.

According to police, Smith was operating a 2019 Nissan Pathfinder that was traveling north on Route 219. The Pathfinder crossed the double yellow line and collided with a southbound 2011 Ford F-150 operated by Clawson, who tried avoiding collision with the Pathfinder but was unable.

Hamlin Township Volunteer Fire Department’s Chief Randy Himes told The Era the crash “was one of the worst we all have ever seen.”

“It was a head-on collision. The pickup truck was still in the road and the car was pretty much way off the side of the road, and of course there was debris all over the road,” Himes said, giving a description of the devastating scene. “It was pretty heavy impact. It was easy to see when we got there that there was heavy impact when the two vehicles collided.”

Himes added that first responders feared the worst, but did not want waste time in case any lives could have been saved.

“We were pretty sure we had four fatalities. The one vehicle was in such bad shape that gaining access to it was very, very difficult,” Himes said. “Until you get full access to your patient, you don’t give up hope until you’re 100 percent sure.”

As for what kind of injuries were sustained, Himes said there was just about every injury one could think of.

Himes explained a landing zone was established near the Lantz Corners intersection to have Clawson airlifted by Medevac 9 to UPMC Hamot.

He said, “The campground close to Lantz Corners was the landing zone. We actually only had two (helicopters) come in. One took our first patient and we held the other on scene until we were 100 percent sure we didn’t need him.”

Although in some parts of the area it was windy, Himes said neither the weather nor the road conditions played a factor into the crash — adding that the accident was caused “pretty much (by) driver error.”

“We were there well over two hours,” Himes said regarding the amount of time first responders were on scene. “We had a very big job as far as extrication goes. We had to use all of our extrication tools from all the different fire departments.”

Some of the tools used include hydraulic tools, chainsaws and cutters.

Himes said Route 219 was shut down from Tack’s Inn to the intersection at Lantz Corners. State police told The Era the shutdown lasted from 7:44 a.m. until 12:14 p.m.