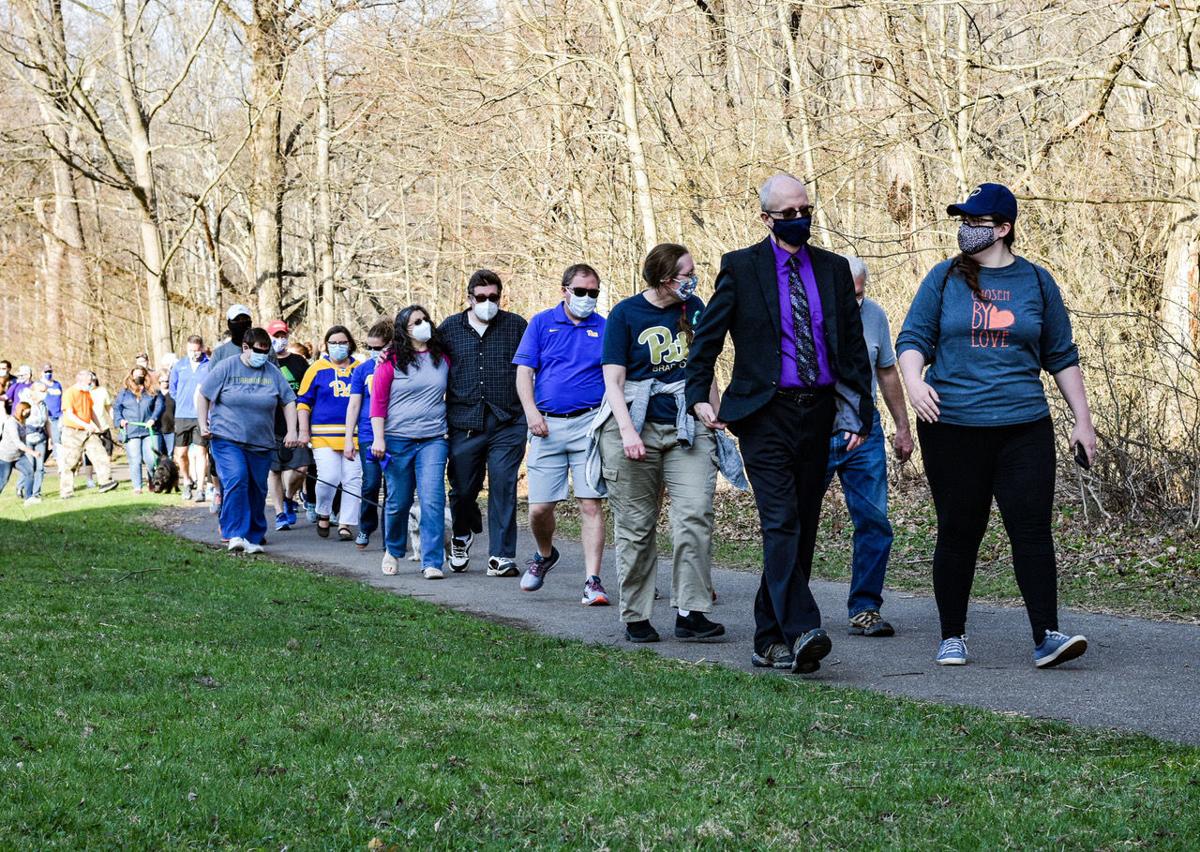 The Claim the Trail walk, held Wednesday evening, drew a crowd of both Pitt-Bradford students and local residents. 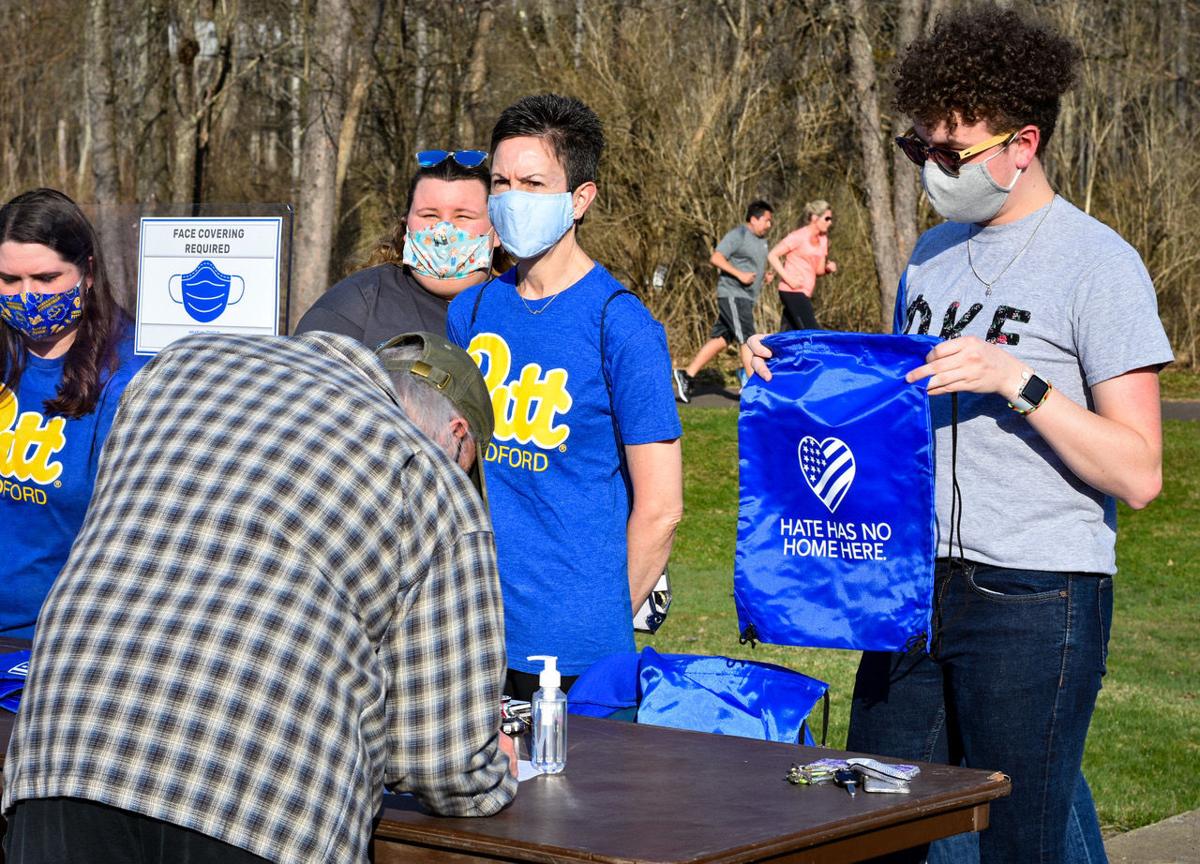 Participants wear masks as they wait to sign in for contact tracing purposes and receive a “Hate Has No Home Here” bag prior to Wednesday’s Claim the Trail walk on the Richard E. McDowell Community Trail. 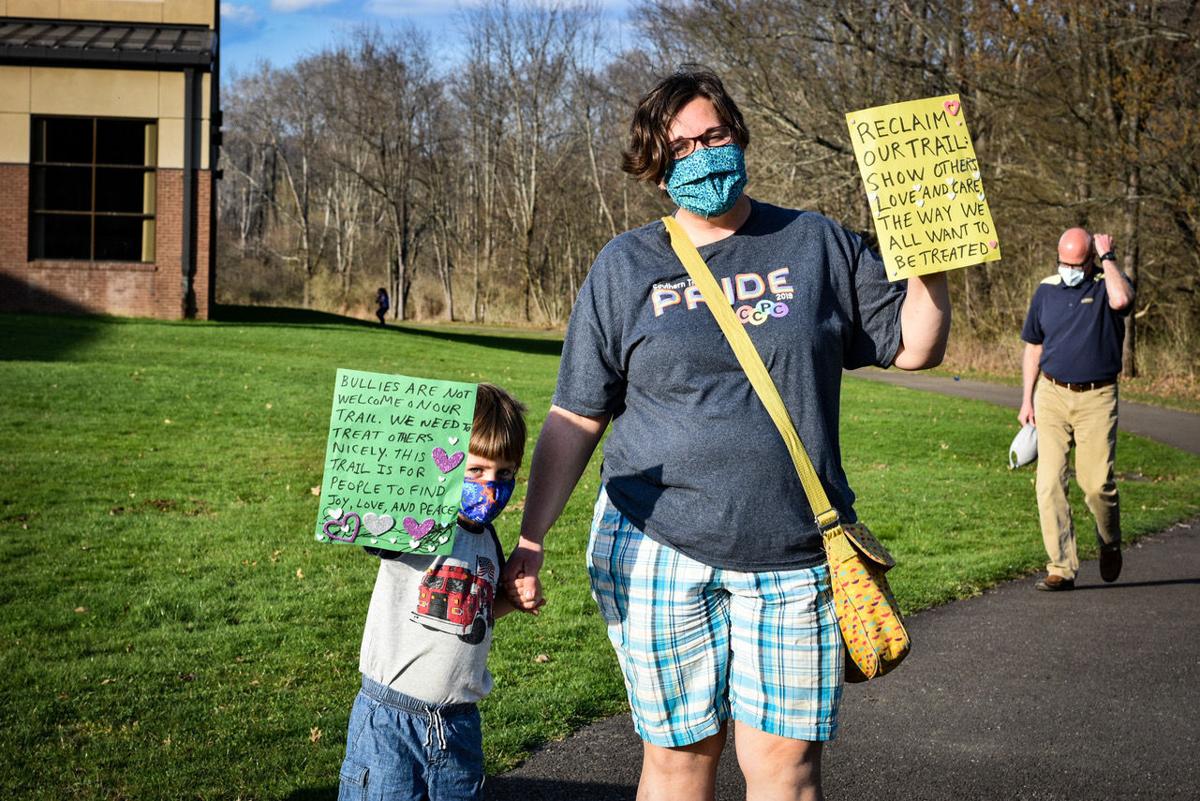 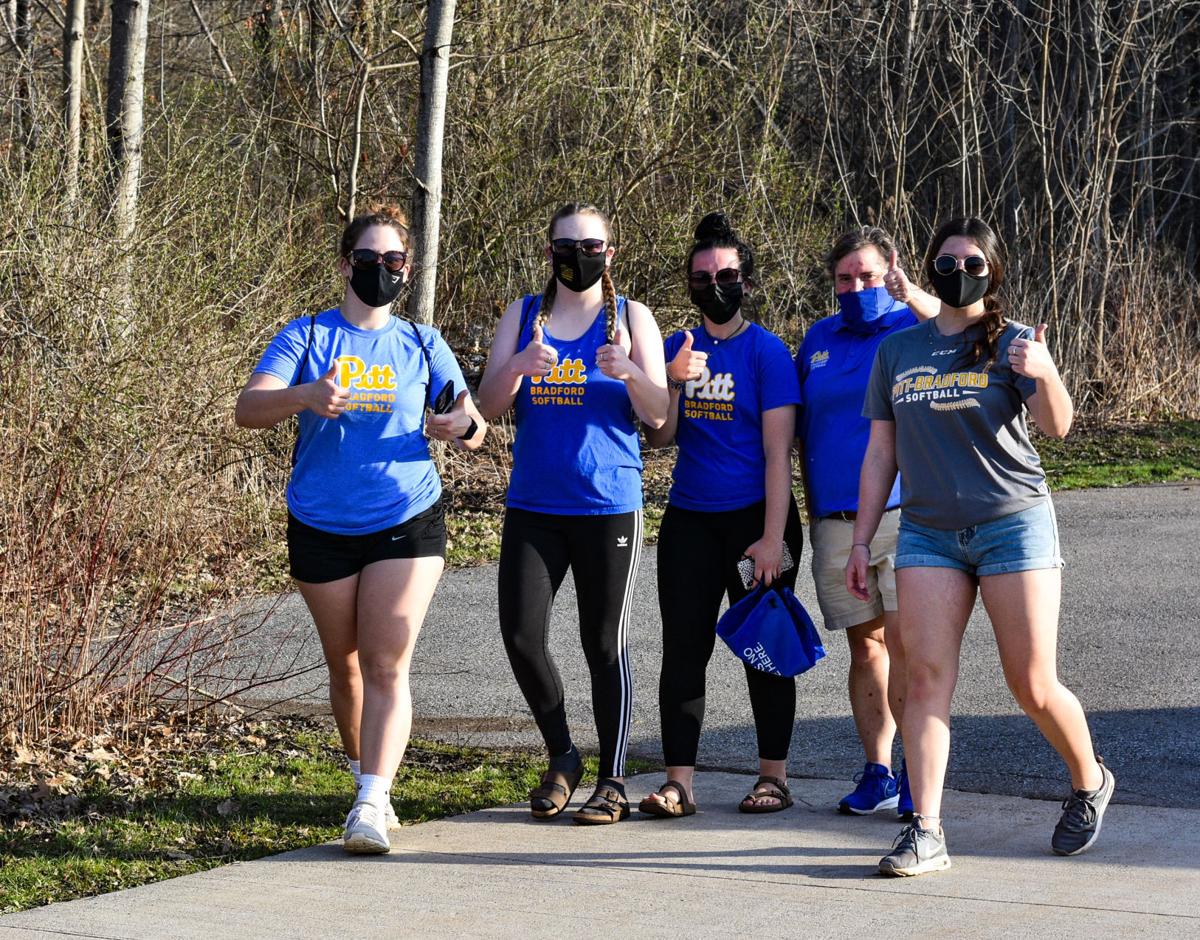 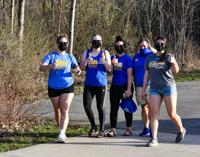 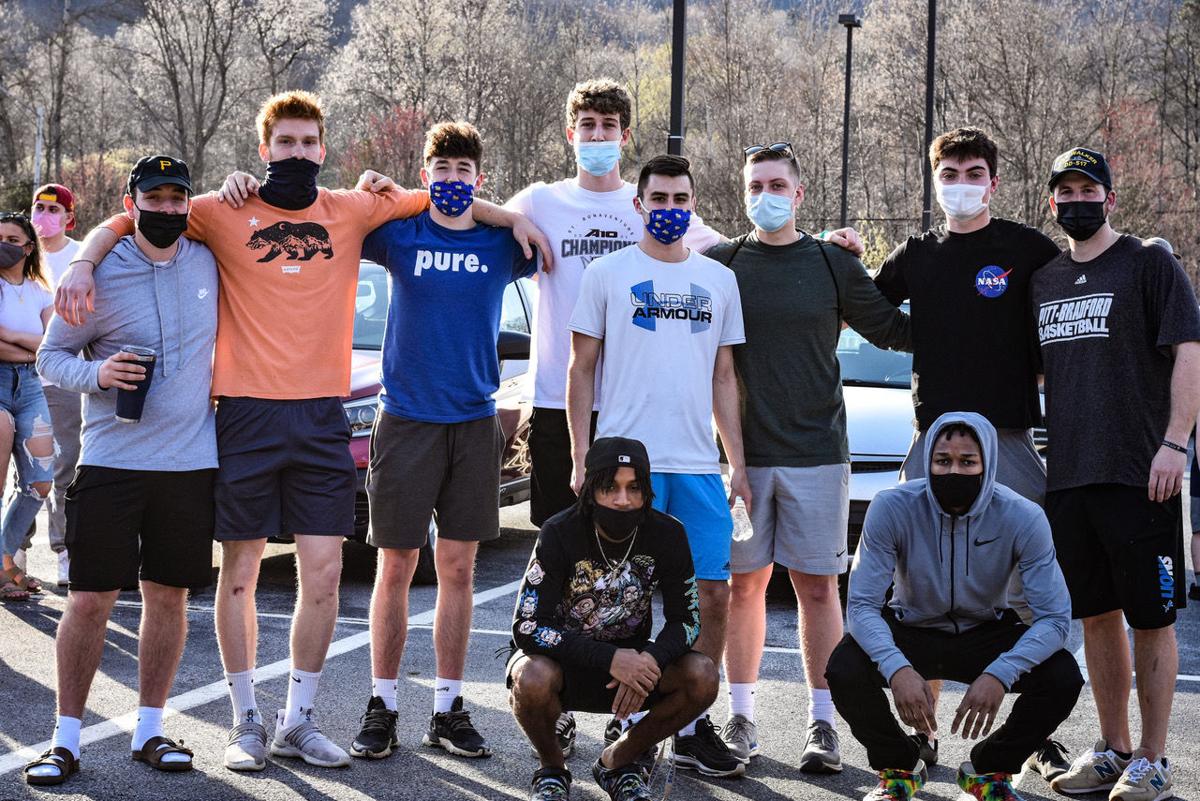 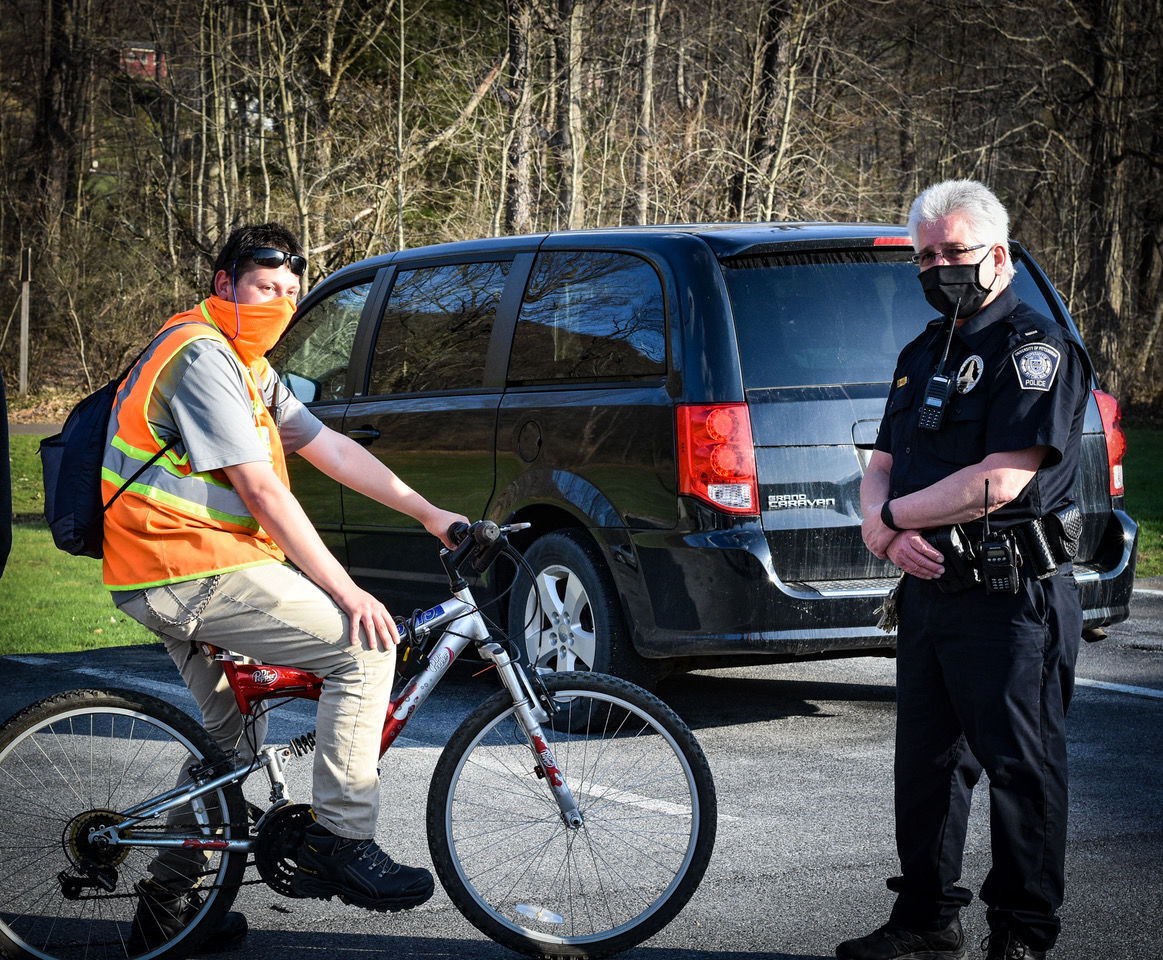 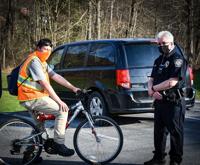 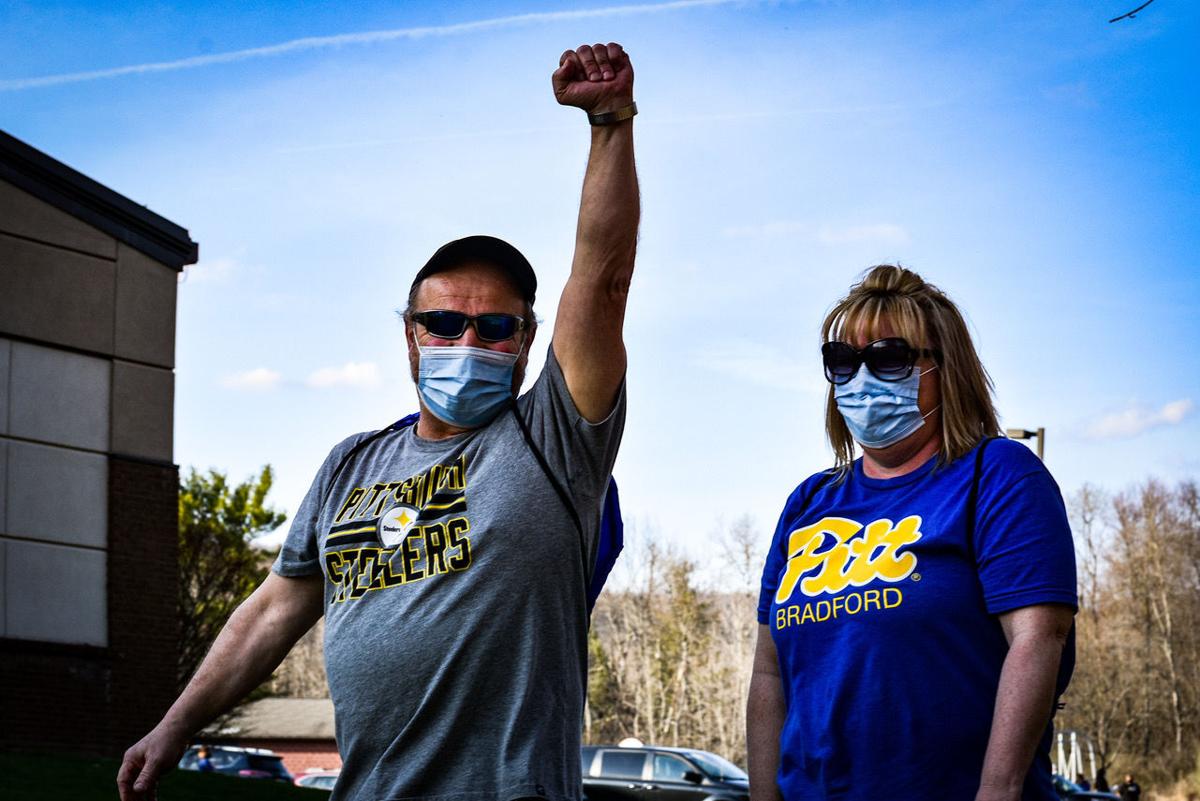 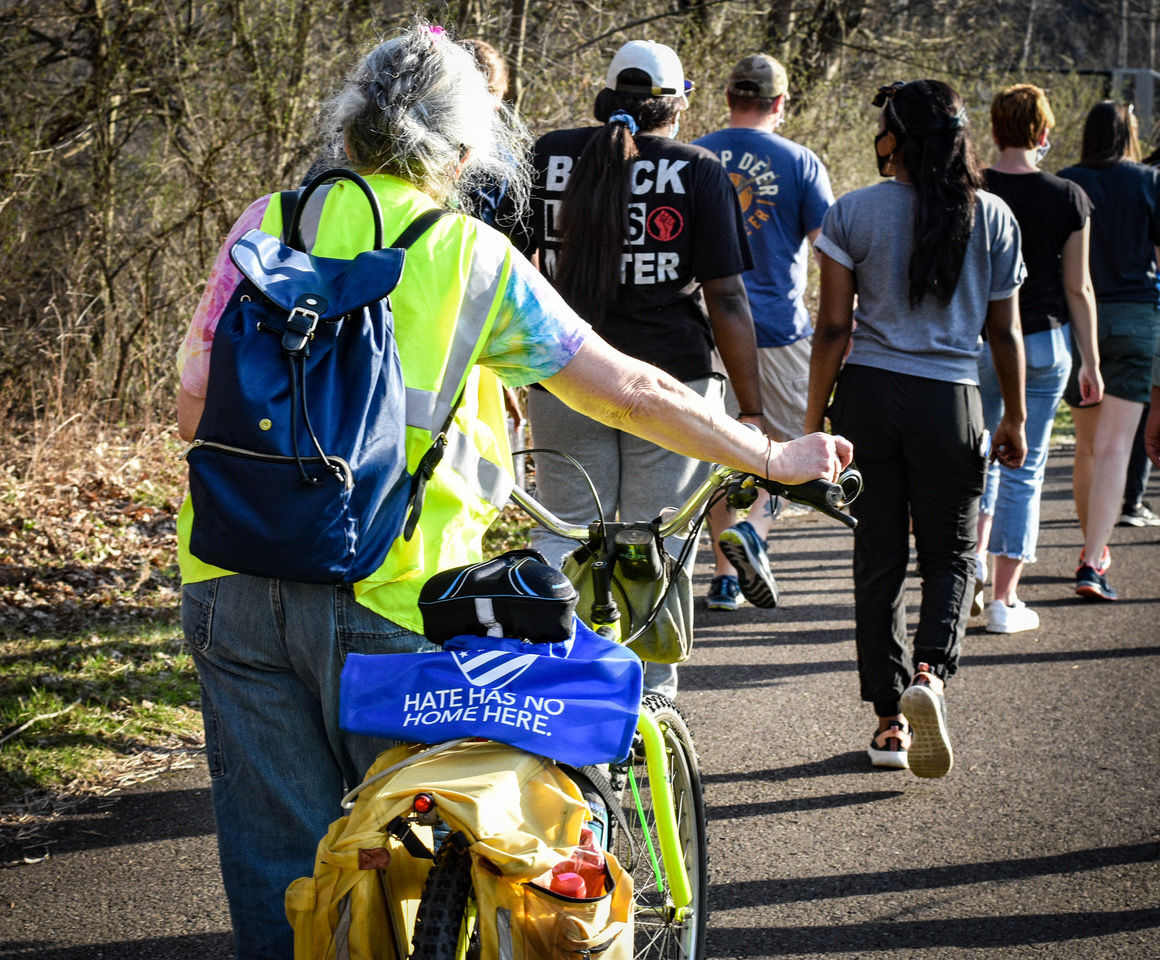 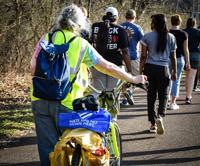 The Claim the Trail walk, held Wednesday evening, drew a crowd of both Pitt-Bradford students and local residents.

Participants wear masks as they wait to sign in for contact tracing purposes and receive a “Hate Has No Home Here” bag prior to Wednesday’s Claim the Trail walk on the Richard E. McDowell Community Trail.

The University of Pittsburgh at Bradford asked for the community’s support in showing the importance of tolerance.

On Wednesday evening, the community responded by showing up for the Hate Has No Home Here — Pitt-Bradford Claim the Trail Walk, organized to emphasize the importance that everyone feels safe.

Dr. Catherine Koverola, president of Pitt-Bradford, was pleased with how the campus and Bradford communities joined together for the event on the Richard E. McDowell Community Trail.

“The Hate Has No Home Here campaign is about eliminating racism, bias and discrimination of any kind,” she said. “Hate harms people and it harms our community, and today was about standing together to affirm our common humanity and our respect and dignity for one another.”

The walk was coordinated in response to a report of derogatory racial comments being made last week by two white males to an African American woman on the trail. The incident is under investigation by law enforcement.

The message of the event was expressed through the walk itself.

Koverola and Dr. David Fitz, who heads the Hate Has No Home Here campaign and is Pitt-Bradford’s vice president of institutional integration and community, offered brief words prior to the walk; otherwise, there was no discussion. Rather, was a time for the communities to enjoy nature together.

“The trail is a sacred place,” Koverola said to the group. “So many of us come to rejuvenate and enjoy the tranquility of the trail.”

She said that, toogether, “We are taking it back as a place where hate will never be tolerated.”

Marissa Merritt, president of the Student Government Association, was at a table collecting contact information for contact tracing purposes.

It was important that students who don’t usually “feel seen” have an opportunity “feel seen and supported,” Merritt explained.

“This is not a place that’s going to tolerate hate and prejudice,” she said.

Shaffer said the three of them were there to represent the city and the county.

“We just want to be part of the conversation to make the county better,” she explained.

Bradford residents Dan and Donna Meister brought their children, Danny, 9, and Cameron, 6, to share the experience as a family.

Donna Meister said they wanted to teach the importance of community engagement.

“It’s important to show our children the importance of the cause, too,” added Dan Meister.

Despite the support the event received on Wednesday, one local businessman, Don Cummins, said he takes issue with what he feels is a mischaracterization of the Bradford community as a whole.

Bradford, he insists, is not a racist community and he believes Pitt-Bradford is overreacting.

“I cannot speak to the alleged incident,” he said, referring to the derogatory comments made to a student on the trail. “I can speak to the response. Two law enforcement agencies investigating it, 12 hours a day trail patrols paid by taxpayers, initiatives put in place using campus personnel and resources.

“Calling someone a name is not nice no matter the name, no matter the reason,” Cummins said, yet he added, “Last year UPB President Koverola made reference to systemic racism in our town and our university. I deeply resent her characterization and she should stop sowing the seeds of discontent and division in our community and our campus. This story fits her narrative, that is why it’s front-page news.”

Pitt-Bradford launched its Hate Has No Home Here campaign in 2020 as a way to create a welcoming environment. The local campaign is part of a national movement that originated in a Chicago neighborhood.

Enrollment demographics at UPB changed over a decade

A lot has changed at University of Pittsburgh at Bradford in the past decade, including the …