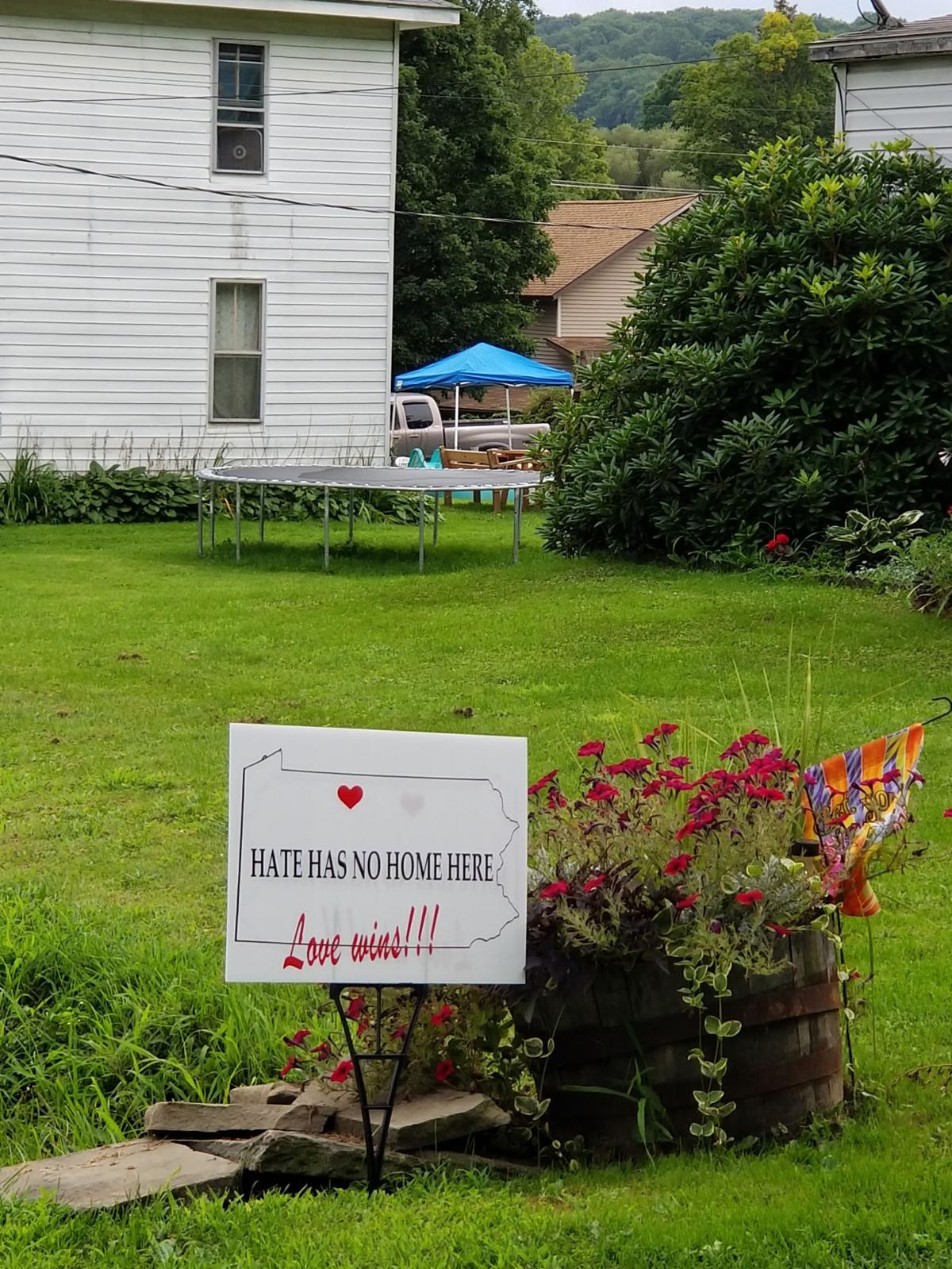 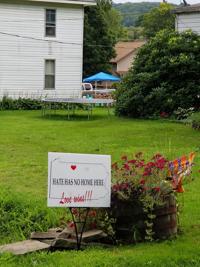 A home in Ulysses has a sign in the yard expressing the resident’s feelings about the National Socialist Movement headquarters in the borough. 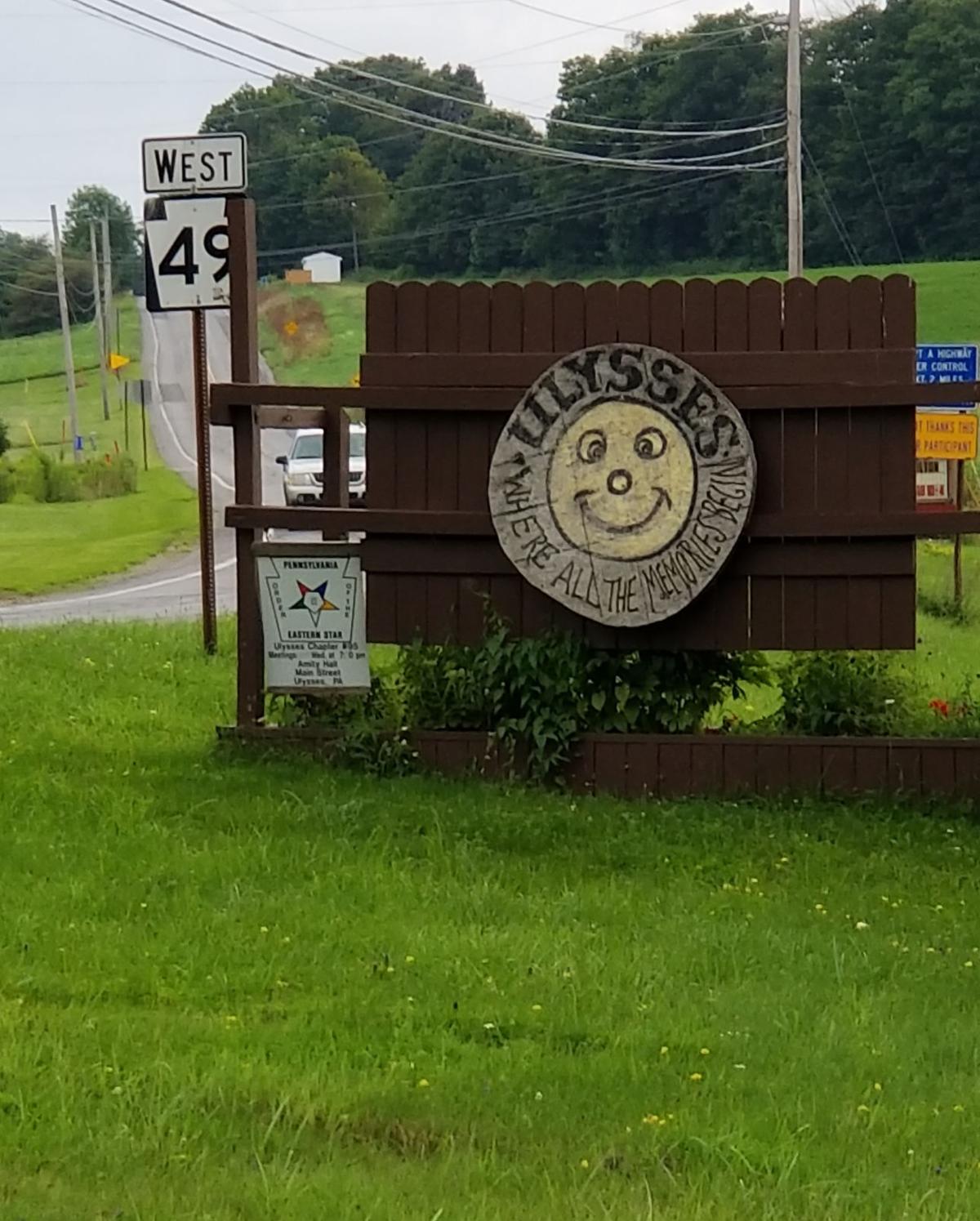 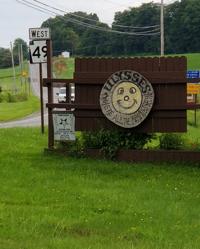 A sign welcomes residents into the borough of Ulysses, which borough council president Roy Hunt calls a quaint and good-hearted community. 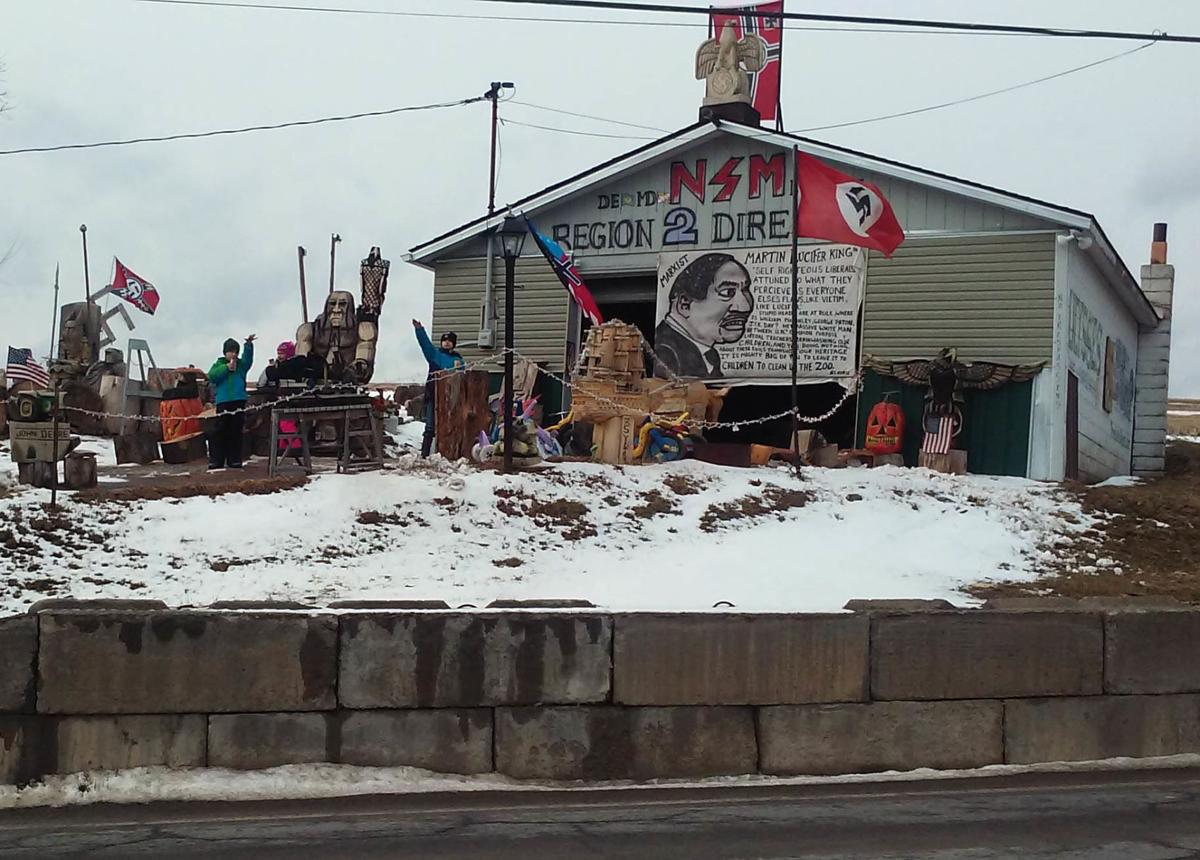 The compound of Daniel Burnside and family in Ulysses makes their beliefs clear to passersby.

A home in Ulysses has a sign in the yard expressing the resident’s feelings about the National Socialist Movement headquarters in the borough.

A sign welcomes residents into the borough of Ulysses, which borough council president Roy Hunt calls a quaint and good-hearted community.

The compound of Daniel Burnside and family in Ulysses makes their beliefs clear to passersby.

That’s not our Potter County.

Thousands, if not millions, of CNN watchers may have seen a story on “Erin Burnett’s Out Front” about Daniel Burnside and his National Socialist Movement rhetoric. And his Ulysses “compound,” a building covered in anti-Semitic, racist and pro-Nazi graffiti and flags.

This was on the heels of a Washington Post story, both of which left locals feeling they were painted with the same brush as Burnside and his family.

Many Potter County residents are disgusted by the national portrayal, which seems to imply all of Ulysses and the county have the same inflammatory views.

“This has gotten out of hand,” said Ulysses Borough Council President Roy Hunt. “Three years ago we were a small town that most people outside of this county had never heard of. We had a small racist problem — one family. Less than one percent. We were dealing with it with the resources we have.”

Now that Burnside’s message has been noticed on a national scale, the problem has magnified.

“Now we’re a small town with a national racist problem we simply don’t have the resources to deal with,” Hunt said. “Some people think they are doing good to get the national media involved, but it always backfires.”

He said Ulysses and Potter County aren’t a hotbed of racism, or an enclave for Nazis. It’s simply the home to a family with radical views.

“I am not going to pass judgment on the media,” said Paul Heimel, a longtime local journalist and now Potter County commissioner. “However, I am concerned that the media focus on this one small element of our population could create a false impression of what Potter County is all about.”

Neither Hunt nor Heimel believe that there is any connection to President Donald Trump — or to Republicans, Democrats, or right-wing or left-wing ideologies.

“As has been pointed out in multiple media accounts, President Trump had overwhelming support from the voters of Potter County,” Heimel acknowledged. “But to conclude that a large proportion of those voters share the views of the National Socialist Movement is blatantly unfair.”

“Absolutely, 100 percent, this is not because of Trump,” he said. “I have lived in this town for over 20 years. This thing with (Burnside), it’s been going on four years now. And I’ve known Dan for years.

“This is not a Trump thing. This is a hate versus love thing; a morally right versus morally wrong thing.”

He said Burnside and the National Socialist Movement are just like every other extremist group — “They are opportunistic. They take things and twist them to their benefit.”

Hunt said Burnside is anti-fracking, anti-drilling and anti-government. None of those things mesh with a strong support for Trump, he opined.

“The only reason Dan is using the name Trump is it stirs people up,” Hunt said. “I think he’s using it to his advantage.”

Hunt was interviewed by CNN, and by The Washington Post for a story done in July. He wasn’t crazy about the outcome of either.

Regarding the Post story, Hunt said, “In my opinion, it was a complete hatchet job.”

He and the Ulysses mayor had a 45-minute conference call with the reporter for the story. He never mentioned he had been in Ulysses and spent the day with Burnside.

“We told him Dan represents such a small part of this town and doesn’t deserve the recognition,” Hunt said. Yet the story made it look like “the whole town was tolerant of Dan’s compound” and accepted his beliefs.

And now, there are people posting threats against the entire town on the online comment threads for the Post and CNN stories.

Hunt was interviewed by the CNN reporter, who did travel to Ulysses. The host had planned to have him live on-air for the broadcast, but the logistics didn’t work out. So Hunt — who would have explained the town wasn’t supportive of Burnside — didn’t make the cut.

Hunt also addressed comments in both the Post and CNN stories made by former Coudersport resident Joe Leschner and his wife, Sashena, who said they moved four hours away to Maryland because of Burnside and the racism in the area.

“They didn’t live in Ulysses,” Hunt said. “Mr. Leschner was the one who contacted CNN. He didn’t ask whether we wanted it.”

Sports agent: No college football is bad for Trump

Hunt said he’s sure the Leschners had good intentions, but explained that stories such as the ones national media were running are only hurting Ulysses and giving Burnside and his cause free publicity, and may end up attracting others who hold the same radical views.

There is so much more to Potter County than one family and their opinions, both Hunt and Heimel said.

“I think Christmas House represents what Potter County is all about,” Heimel explained. “This special charity, launched with faith and hope and without government support, has improved thousands of lives.”

The Christmas House, in Coudersport, helps families in need, not just at Christmas, but year-round. One year, more than 200 families received help with utility bills or rent. Families who have had fires have been provided with household items, bedding, furniture and clothing. The group provides new shoes for back to school time, and vouchers for basic food items.

“In another gesture of what Potter County is all about, Coudersport’s First Presbyterian Church recently agreed to allow Christmas House to relocate to the church,” Heimel said, explaining the church has more parking, space and accessibility.

Heimel is clerk of the church’s governing board and a member of the missions committee.

“The church last year launched a Missions Committee and decided to focus on the needs of the local community,” he explained, “so supporting Christmas House was a logical place to start in trying to make a significant impact in helping the underprivileged residents of Potter County, with a particular emphasis on children.”

The caring and generous nature of local residents keep the Christmas House stocked with toys, afghans, lap robes, hats, socks, mittens and even cash to help out.

Hunt said all of Potter County, including Ulysses, is a great place to live.

“It’s a loving community, a helpful community,” he said.

Community members are always organizing benefits for others suffering a crisis of health or an emergency, like a house fire or death in the family.

“It’s a very charitable community,” Hunt said. “The fact that we have one family who has extreme views that are certainly not popular shouldn’t cloud the good that is here.”

In 2004, the Ulysses volunteer fire department needed a new firehall. A $400,000 hall was built. And through the generosity of the community, it’s nearly paid for less than 15 years later.

“Potter County has so many good things — dark skies at Cherry Springs, Lyman Run,” Hunt said. “Hopefully, soon, we’ll have (the Denton Hill ski area) back. We have the Triple Divide — a spot just outside of Ulysses that theoretically, a single drop of rain could spread three ways and into three major rivers.

“We have the Ice Mine in Coudersport. We have the God’s Country marathon. There’s a lot of things in the area that are positive.”

Hunt continued, lamenting, “You get one negative and it changes everyone’s mind.”

While people in Potter County may not speak up much about Burnside’s home and its displays, most have felt or seen the impact of the national attention it has brought.

Hunt described a fall festival Ulysses had planned a few years back. Burnside organized a NSM rally at the same time. The rally made the front page of newspapers in Potter County — and had the unintended consequence of scaring people away from a fun family event put on in the community.

“We heard from numerous people who would not come to our fall festival because they didn’t want to deal with Dan Burnside,” Hunt said. “I went up and spoke with Dan after that to see what we could do.”

He was shocked when he got to the compound. There were signs in the lawn, thanking the local newspapers for spreading the word about the rally.

“That actually recruited members for the NSM,” Hunt said, anger and disappointment evident in his voice.

“The media thing hurts us and helps him,” he said. “For shock value, they post a picture of his house, or him ranting and raving, rather than pictures of our quaint little town.”

What is it that Hunt wants people to know about the true nature of the community?

“We have a lot of things going on,” he said. Put a dome over any town, and find that one or two people or families will have some radical feelings or beliefs. In Ulysses, where the population is just 595, that one, loud radical just happens to be pretty noticeable.

Hunt said, “It shouldn’t detract from all the good that people do.”