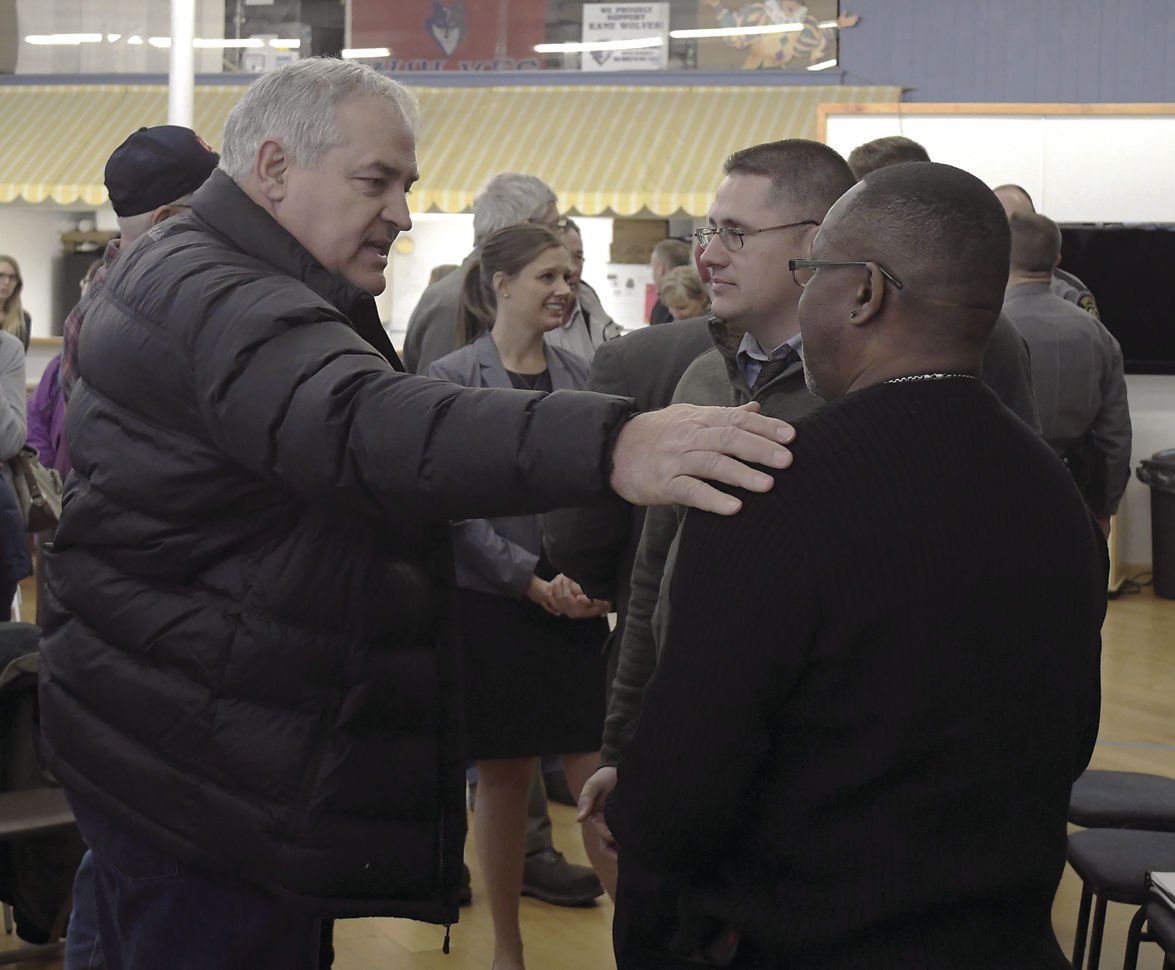 Ken Kane, left, pats Dean Robinson of the Light of Life mission on the shoulder during social time at Sunday’s opioid educational event. 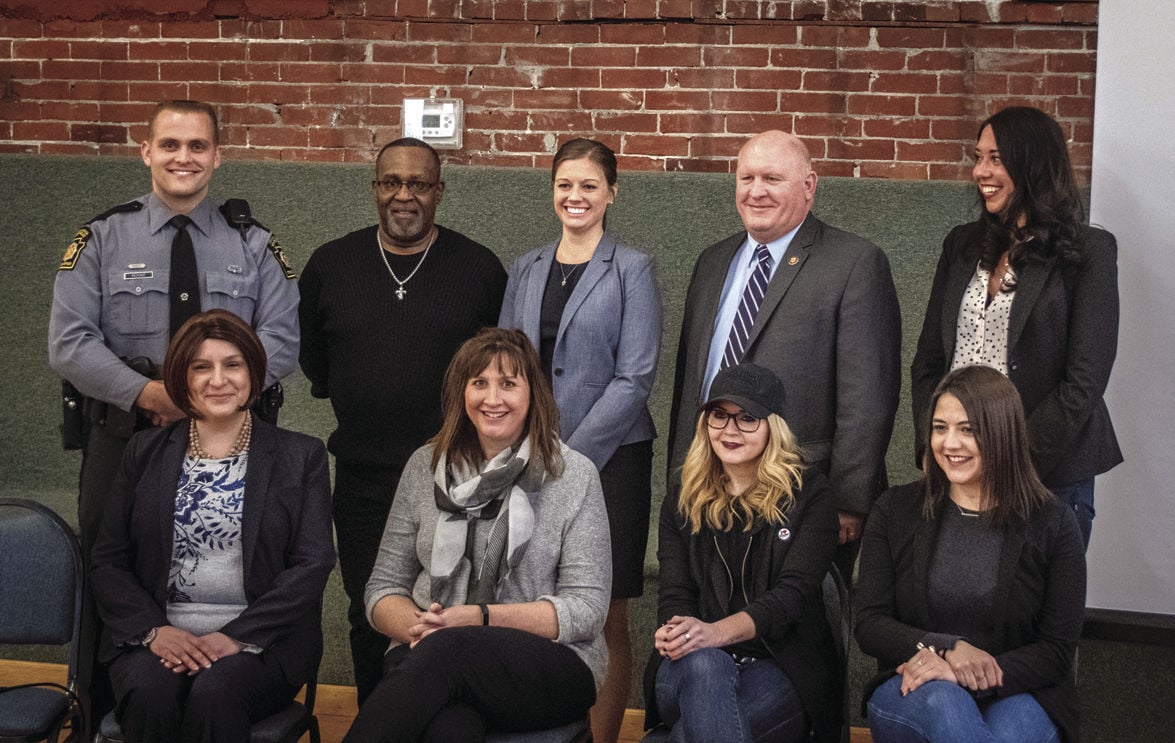 Ken Kane, left, pats Dean Robinson of the Light of Life mission on the shoulder during social time at Sunday’s opioid educational event.

KANE — The opioid crisis is a modern day plague.

This was one of the messages shown during a screening of an eye-opening documentary emphasizing the severity of the crisis. The documentary was created by Pittsburgh artists Jennifer Schlieper and Courtney Gumpf of Flying Scooter Productions.

On Sunday, Fraley Street in Kane had little parking space available as hundreds of community members filled the Kane Area Community Center for an educational event regarding the opioid crisis. During the first part of the event, the 11-minute documentary “Eye of the Needle” was screened as community members were able to see what life is like for opioid addicts and their loved ones.

“I’m so touched to see so many people here,” said Kate Wadsworth, addressing the large crowd before the documentary was shown. Wadsworth is the assistant director of development for the Light of Life Mission, a shelter located in Pittsburgh.

After the screening of the documentary, the community had the chance to address questions to a panel moderated by Wadsworth. The panel included Dean Robinson of the Light of Life Rescue Mission, Schlieper and Gumpf of Flying Scooter Productions, U.S. Rep. Glenn “GT” Thompson, State Police Trooper Tim Rooke, Angela Eckstrom, executive director of Alcohol and Drug Abuse Services, which serves Cameron, Elk and McKean counties, and McKean County District Attorney Stephanie Vettenburg-Shaffer.

Panelists gave the community information and answered questions –– including Thompson, who noted the importance of getting those struggling with addiction motivated to better themselves.

“This is a modern day plague, and this is a crisis at the family level, at the community level and at the national level,” he said.

The congressman added that he is pleased to see a national recognition of the problem and efforts made to combat the crisis.

One thing that all panelists touched on is how risky behaviors, such as drinking excessive amounts of alcohol and associating with those who use drugs, could lead one to become addicted. The panelists also discussed that many become involuntarily addicted through medical situations, such as recovering from surgery.

Rooke encouraged the community to reach out to law enforcement for help and stressed that there is no shame in reaching out for help.

Zelensky: I'm ready for my next call with President Trump

“If you see something, say something,” Rooke said. “As simple as that is, I know oftentimes it may be nothing. But even if it turns out to be nothing, we’d rather be safe than sorry.”

Shaffer commended the community for turning in medications to drop boxes throughout the county and said that about 600 pounds of medication was collected in McKean County in 2018. Shaffer added that methamphetamine has been a rising issue in the county as well, stating that the county has been dealing with increased meth addiction and manufacturing for the past 15 months.

An audience member asked what the community can do specifically to combat addiction.

Eckstrom said events such as the forum as well as speaking with each other helps to reduce the stigma of addiction, which can lead to more people seeking help.

“Right here in our communities there’s a wide range of services available, from recovery support services to long-term inpatient care,” she said, also mentioning that The Guidance Center as well as ADAS offers outpatient treatment services.

“Anyone in need of help can contact (ADAS) and we can guide you to the right services,” she said.

Robinson explained to the audience the importance of those in the community talking to each other, suggesting that the community continue to have discussions about the opioid issue and support each other.

Intervals of clouds and sunshine. High near 40F. Winds light and variable.