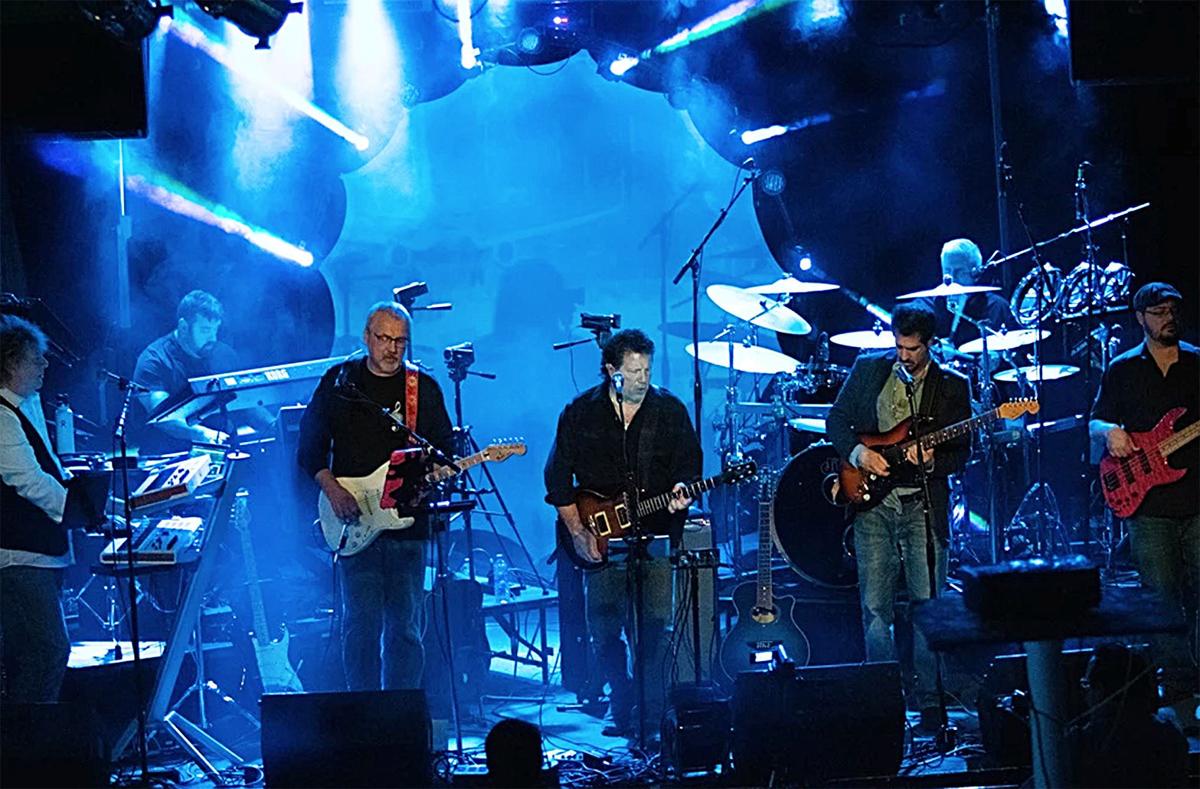 If the phrases “Careful With That Axe Eugene” and “Shine on You Crazy Diamond” are familiar, then Struthers Library Theatre is the place to be on Oct. 9.

Both are song titles of the British rock band Pink Floyd, whose album sales over a five-decade-plus career have topped more than 250 million.

Tribute band The Floyd Concept will be performing two shows Oct. 9 at the Struthers theater in Warren, at 6 and 9 p.m.

John Prybylski, who is the musical director of the band as well as playing the saxophone and keyboards, said he’s been with the Buffalo, N.Y.,-based band for two years. Before that, he wasn’t really into Pink Floyd’s music.

“I regret that now,” he said with a laugh. “I would have loved to have seen them in concert. It’s really interesting to me, because this is the first time I’m hearing all this great music, beyond the hits.

“This stuff is amazing,” he said. Fans must agree. The album Dark Side of the Moon was released in 1973, and charted 950 weeks on the Billboard Top LPs and Tapes chart. It remains one of the best selling albums in the world.

The Floyd Concept doesn’t focus on one time period of the band’s popularity. “We do try to run the gamut,” he said.

In the early years, the lead singer was Syd Barrett, who was ousted from in the band in 1968 amid drug addiction and mental health issues.

“We pay homage to Syd by doing Astronomy Domine,” Prybylski explained. The song, off Piper at the Gates of Dawn, was written by Barrett. “We try to take from all the albums and give the audience more of a perspective.”

His first favorite song to play was “Shine on You Crazy Diamond,” a lengthy song with two saxophone solos — on different instruments, a baritone sax and a tenor sax. “The cool thing about this is the added gymnastics about flipping the sax around you to do both solos,” Prybylski said.

He explained that The Floyd Concept offers as close to a genuine Pink Floyd experience as possible, complete with lights, lasers, fog and a large screen behind them.

“The cool thing about Floyd is their concerts weren’t just a musical production, they were a show,” he said. “The lighting and the effects have to be there.

“We don’t have an inflatable pig yet, but we’re working on it,” he added with a laugh. Inflatable pigs were a staple of Pink Floyd live shows since the release of the 1977 album Animals.

One of the best parts about being in a tribute band to a group like Pink Floyd, Prybylski said, is the cross-generational appeal.

“It’s huge,” he said. “You’ve got people in my generation, I’m 62. The people who were there as Floyd fans from the beginning in the 60s. It’s really remarkable, you see all the young kids, the teens and the 20-year-olds. We’re running the whole gamut.”

It speaks to the quality and timelessness of the music itself. Original Pink Floyd member Nick Mason is performing again with a band named after one of the band’s albums, Saucerful of Secrets, which is acquainting a new generation with classic hits from the group.

Prybylski invited anyone who wants to know more about The Floyd Concept to visit the band’s website www.thefloydconcept.com