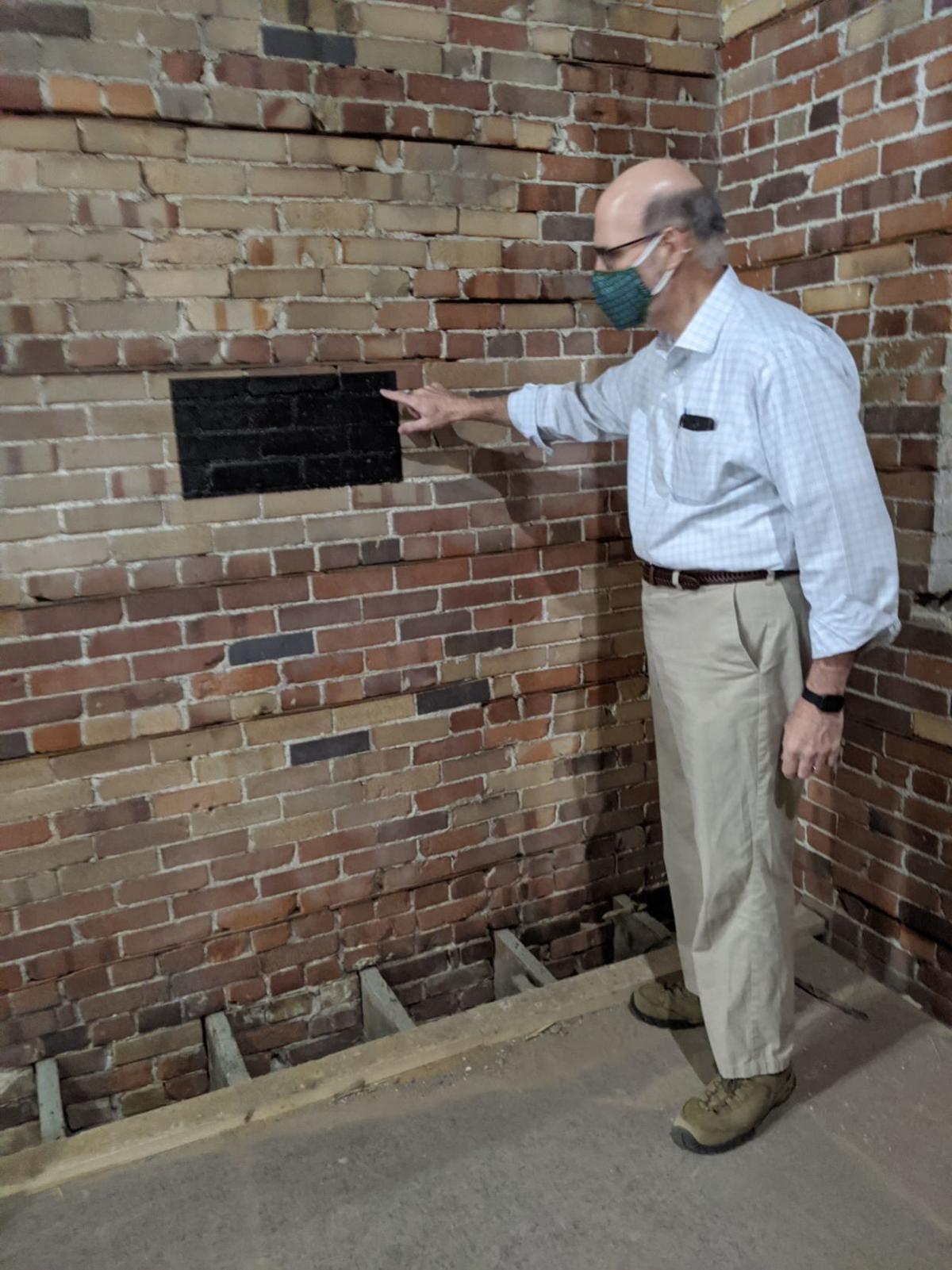 Architect Gary Moshier of Moshier Studio in Pittsburgh explains the spray-on acrylic air sealant that will be used to bridge holes in the mortar and provide an air barrier between bricks. 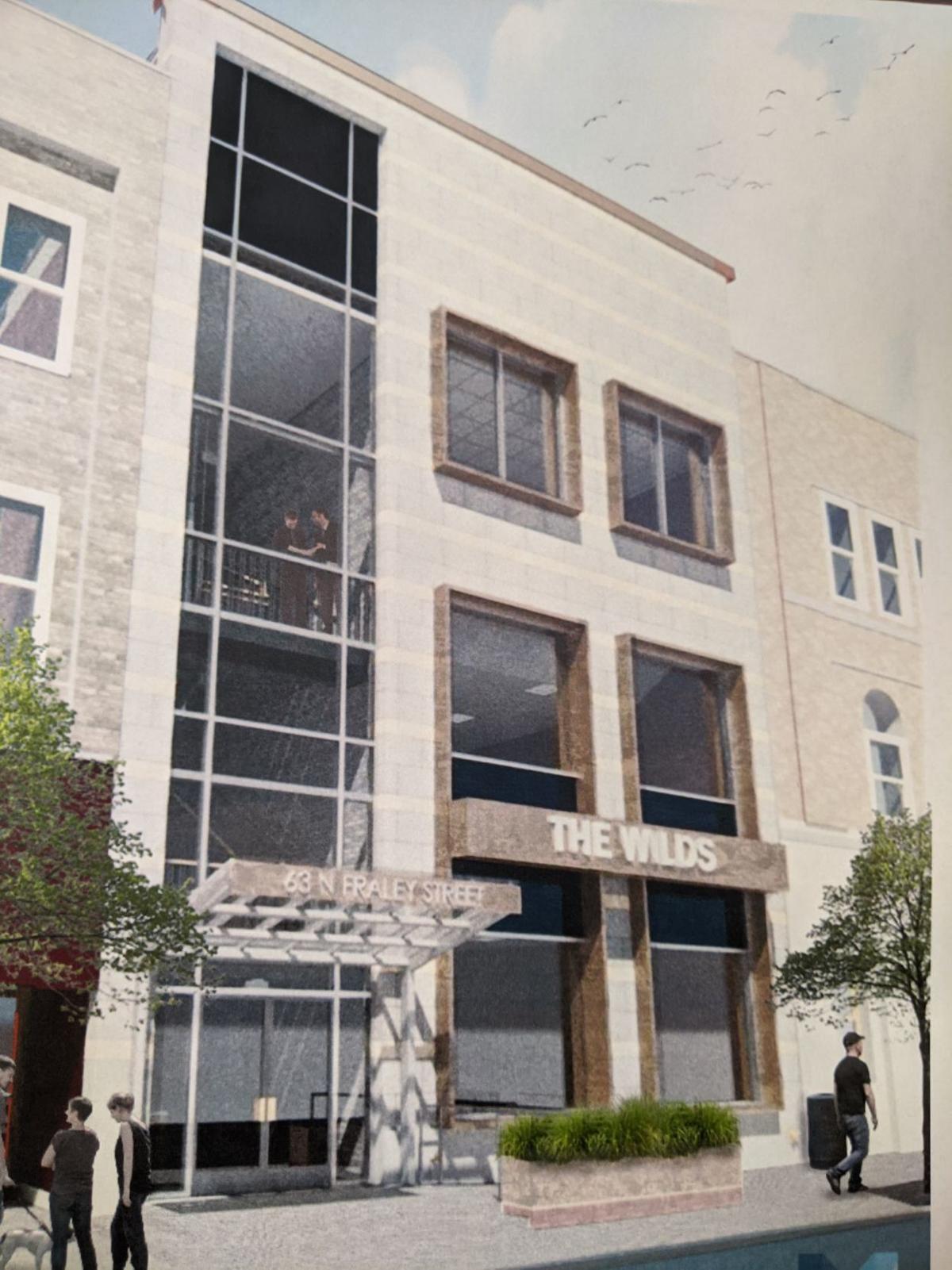 This rendering shows what the building at 63 North Fraley Street will look like once the renovation is complete. The building will be called “The Wilds,” to show support for the community. 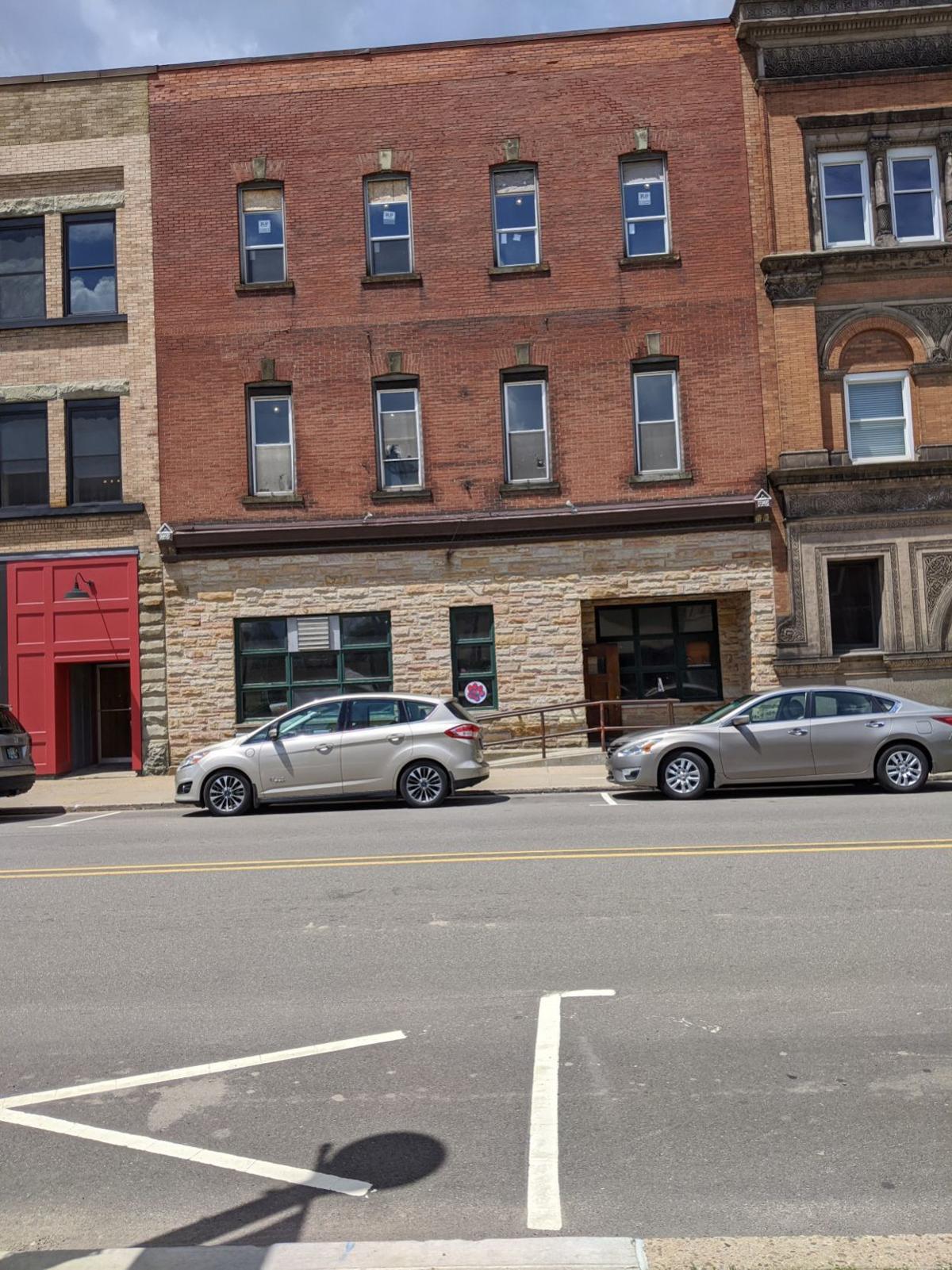 The building at 63 N. Fraley Street will be undergoing renovation beginning shortly after July 4, and when it’s completed will be a showcase for ultra-energy efficiency.

Architect Gary Moshier of Moshier Studio in Pittsburgh explains the spray-on acrylic air sealant that will be used to bridge holes in the mortar and provide an air barrier between bricks.

This rendering shows what the building at 63 North Fraley Street will look like once the renovation is complete. The building will be called “The Wilds,” to show support for the community.

The building at 63 N. Fraley Street will be undergoing renovation beginning shortly after July 4, and when it’s completed will be a showcase for ultra-energy efficiency.

Kane residents will begin seeing a change to the face of the building at 63 North Fraley Street following the July 4 holiday.

According to officials with the West Penn Power Sustainable Energy Fund (WPPSEF), the building will be renovated to serve as “an ultra-energy efficiency showcase and an educational tool.”

WPPSEF Executive Director Joel Morrison, from Penn State University, provided local media with a tour Thursday morning, sharing the various changes ahead for the building. Thursday was the one-year anniversary of the organization’s purchase of the building.

“Anything we invest in, we look for the three E’s: environmental betterment, economic development and education,” Morrison said. “This project will have all of that.”

The building is being developed to demonstrate how high-performance buildings can help rejuvenate rural communities, according to literature provided to the media. The building will be used as an educational tool and also will support growth of the PA Wilds media lab, set for next door.

The renovation will result in the building obtaining the Passive House EnerPHit high-performance building certification. The criteria for this standard include the following five building-science principles:

The passive house construction standard is commonly used in Europe and also popular in larger cities, such as for multi-family homes in Philadelphia or Harrisburg.

“You don’t see this in rural communities like Kane,” Morrison said.

The building is 3 floors and a basement, with 4,000 square feet of space on each floor.

An elevator will be installed in “The Wilds,” which will also be used to provide access to the second and third floors of 59 N. Fraley Street, which houses Laughing Owl Publishing on the first floor, as guests will be able to travel between the two buildings.

Morrison explained that WPPSEF has previously invested in projects like this but has never undertaken one. The decision to commit to this project was to allow fund officials to “understand the stuff that goes on behind the scenes.”

Meanwhile, this undertaking is not the only one for WPPSEF in the Kane area. Morrison noted that they have a long history of working with the Pennsylvania Wilds and are contributing to the renovation of the second and third floor of 59 North Fraley Street. The organization is also evaluating the community center.

“We made a commitment to Kane and to the Mayor, Brandy (Schimp), to come in and be an active partner and to start immediately,” Morrison said.

Interior work has already begun and the building has been gutted, which Morrison noted took about three months.

The exterior work will begin in July, with plans to remove the entire exterior of the building to allow for extensive remodeling. That may restrict lane access for Route 6 one day in either July or August, Morrison predicted.

Eventually, the building will have solar panels installed on the roof, allowing it to provide its own energy on-site. Those panels will be accessible for visitors to view as part of the educational element of the building’s renovation.

Tenants will be chosen who will fit with the goals of WPPSEF and be valuable additions to the Kane community.

“We don’t want to rent just for the purpose of renting the space,” Morrison said.

“To say that we are thrilled for this project is an understatement,” said Kane Mayor Brandy Schimp. “From our very early meetings with the WPPSEF, Joel Morrison told us to ‘Dream Big,’ and those are words he truly exemplifies. He has been a champion for the Wilds region and the driving force behind this project.

“We are very grateful that the Fund has not only invested in our community, but has continuously involved local leadership along the way.”

Gary Moshier of Moshier Studio Architects in Pittsburgh is the authority on the Passive House standard, Donna Zariczny, Inscale Architects of Warren, will be handling onsite work and Norm Horn of Envinity, based in State College, is the project manager.

Scattered thunderstorms in the morning becoming more widespread in the afternoon. High 78F. Winds SSE at 10 to 15 mph. Chance of rain 80%.