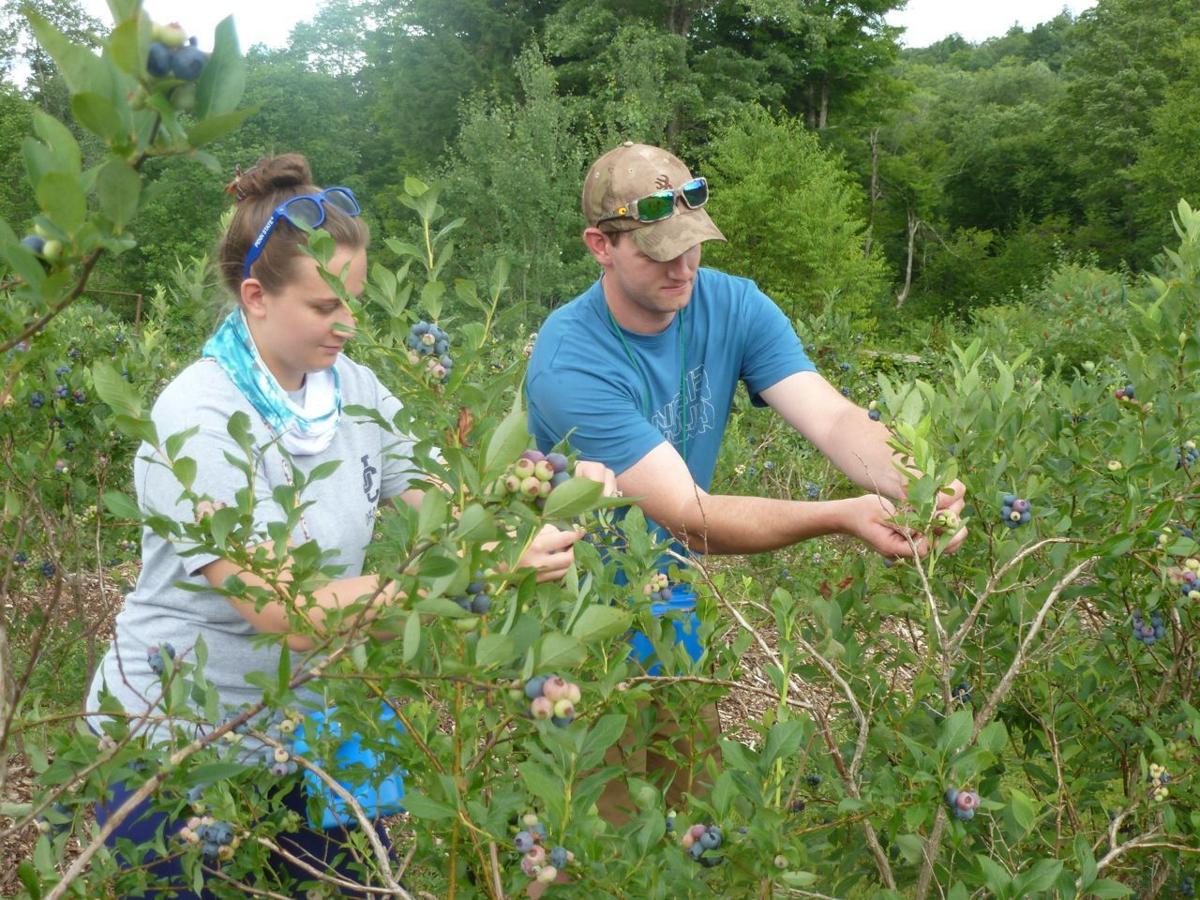 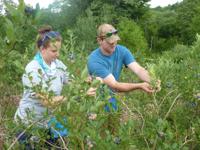 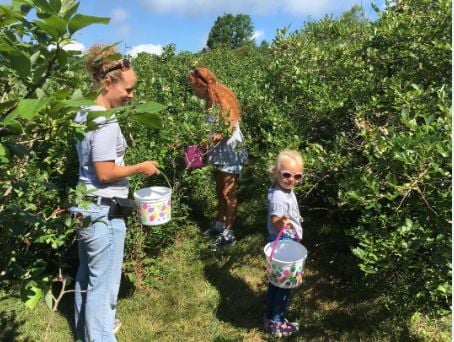 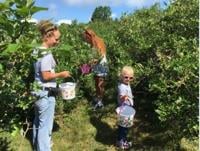 Blueberries are in season, and locals have several places where they can take part in the summer ritual of picking the fruit right off the bush.

Red, White & Blueberries, located 1.5 miles up Harrisburg Run, Foster Township, has 32 varieties of blueberries. The varieties range from early to late season, and they are all pick-your-own, said owner Brian Pfister.

Pfister said the prime berry-picking time is now through the next three weeks or so, then it will start to slow down. He noted there are “no pesticides or harmful chemicals used on the field.”

Pfister also sells zucchini and homemade maple syrup — which he boils in his own maple hut from trees he taps.

Red, White & Blueberries opens annually on the Saturday after the Fourth of July and stays open until either Sept. 15 or the first frost. It’s open from 10 a.m. to 8 p.m. Tuesdays through Saturdays and 10 a.m. to 5 p.m. Sundays.

“They’re delicious,” said Katherine Moyer of the berries at Red, White & Blueberries. She was there for the first time recently picking berries with fiance Jeffery Cattoni.

Cattoni said his parents had been to the business the day prior and recommended they come. They use the berries for baking and eating by the handful.

At Bozberry Farms, 1699 Rock Run Road, Turtlepoint, the crop is “fantastic. An abundance of blueberries this year,” said Brenda Bosworth, who owns the business with husband Bruce. “We’ve been lucky and have gotten enough rain at the right time to plump the berries.”

Bozberry is open from 9 a.m. to 7 p.m. every day through the season.

CAReS exec reports rise in local opioid use during pandemic

The Bosworths have taken steps to keep berry picking a safe activity during the pandemic. They follow social distancing and mask-wearing, and they’ve made adjustments at the weigh station and the rides to and from the fields.

“In the blueberry patch we have enough acreage that it’s possible to pick and not see another individual,” she said.

Bosworth noted, “Our later berries are already ripening and I have noticed some of the wild blackberries in the patch are ripe as well so there is a possibility it could be a short season if the pattern of ripening continues.”

“The crop looks great,” said Gee. “Lots of blues for the pickers.”

He talked a little about how the weather affects the berries, explaining, “The heat and the lack of rain makes for smaller berries and some have even fallen off the bush.”

Gee has made some changes to enhance safety for visitors due to the risk of COVID-19.

“We’ve all had to make changes, most notably wearing masks, increased use of hand sanitizer, even home made using the distilleries’ alcohol product, social distancing,” he said. “But our process of sanitizing has not had to change as we’ve followed the food safety guidelines set for sanitizing for years as our customers are our most important asset to the farm.”