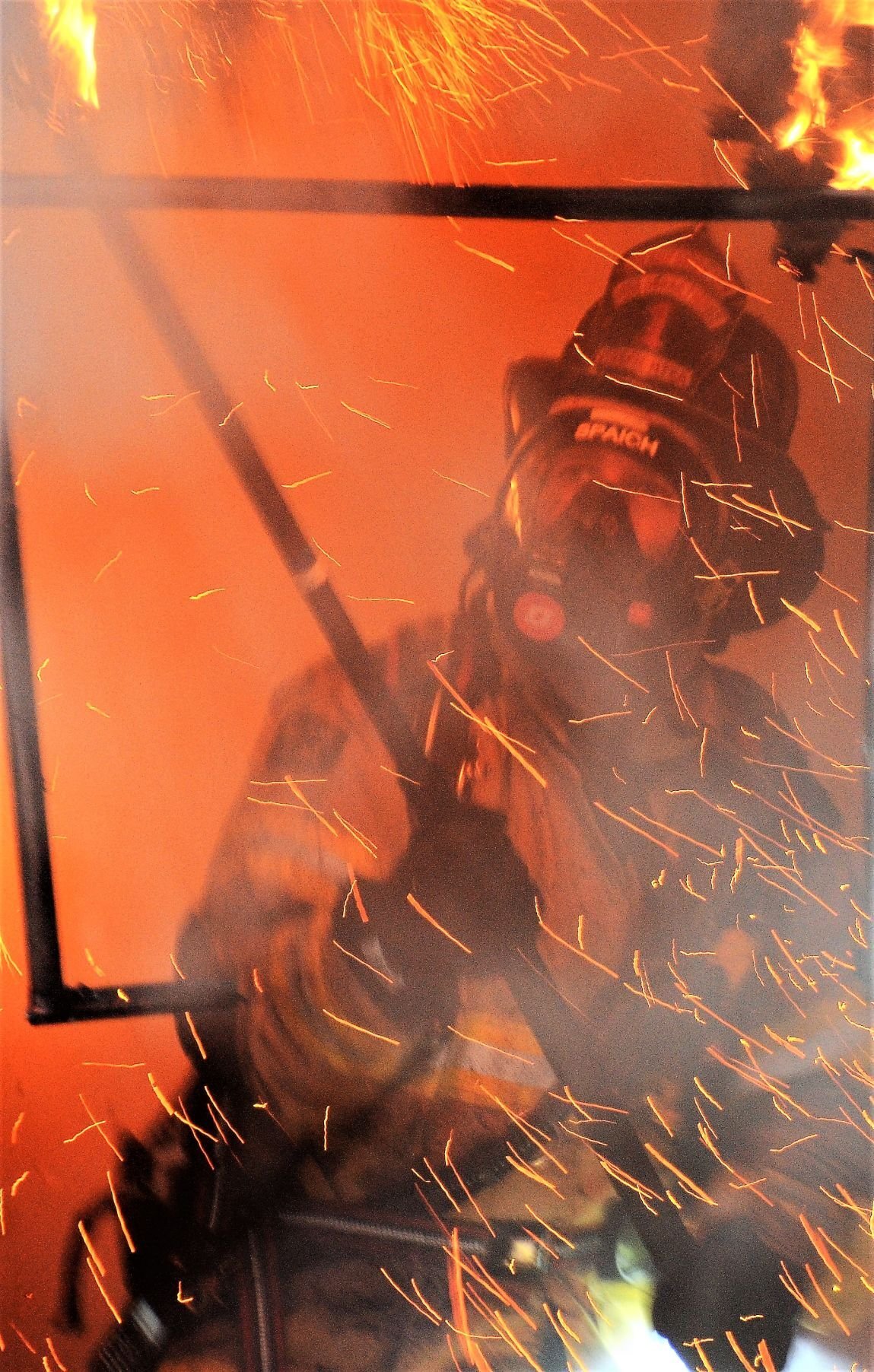 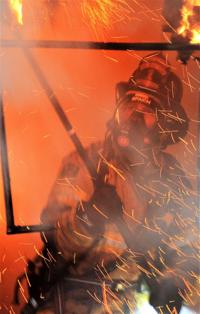 Bradford City firefighter Chris Spaich works inside the residence as sparks and flames swirl around him. 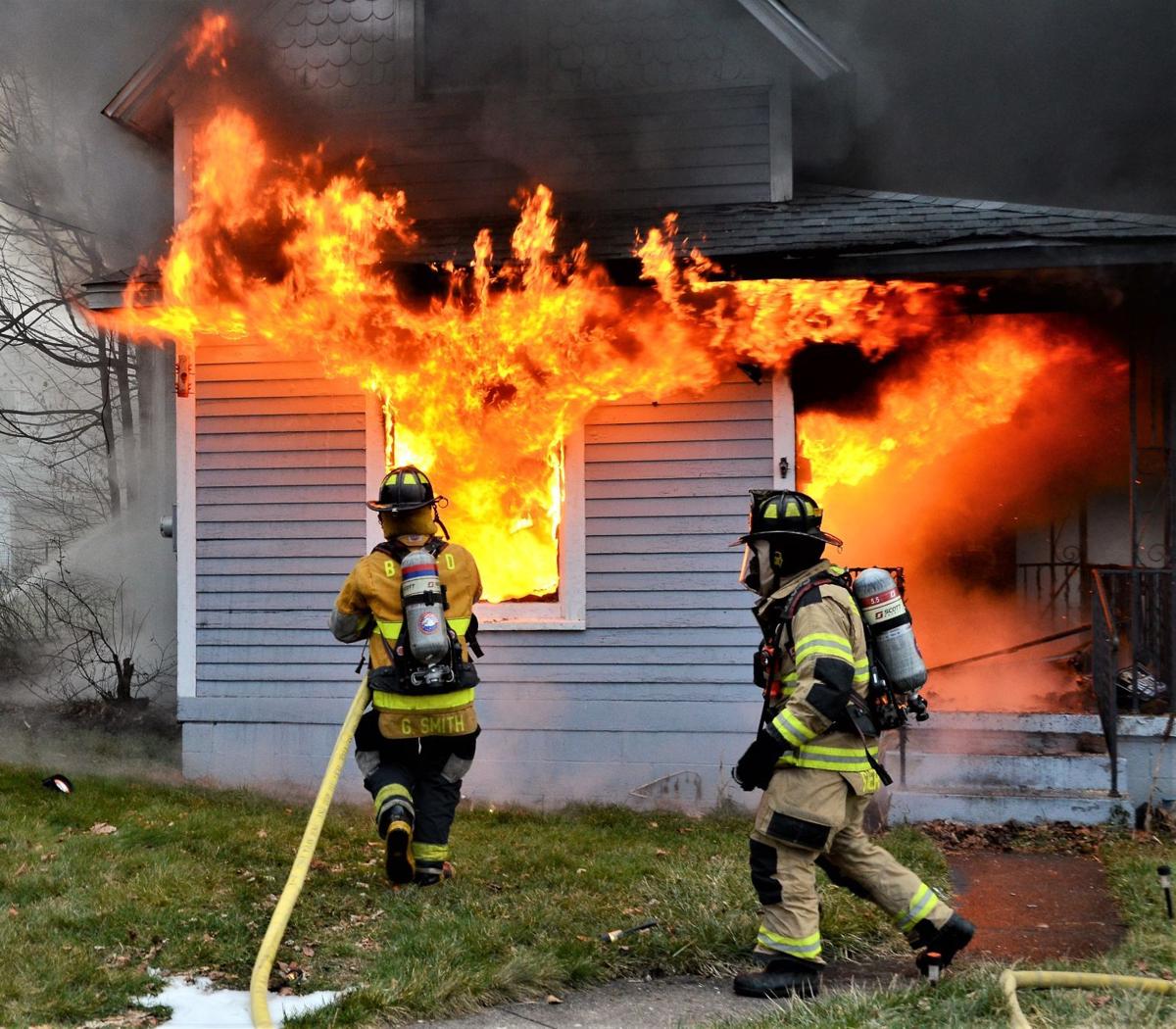 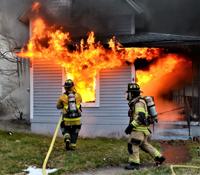 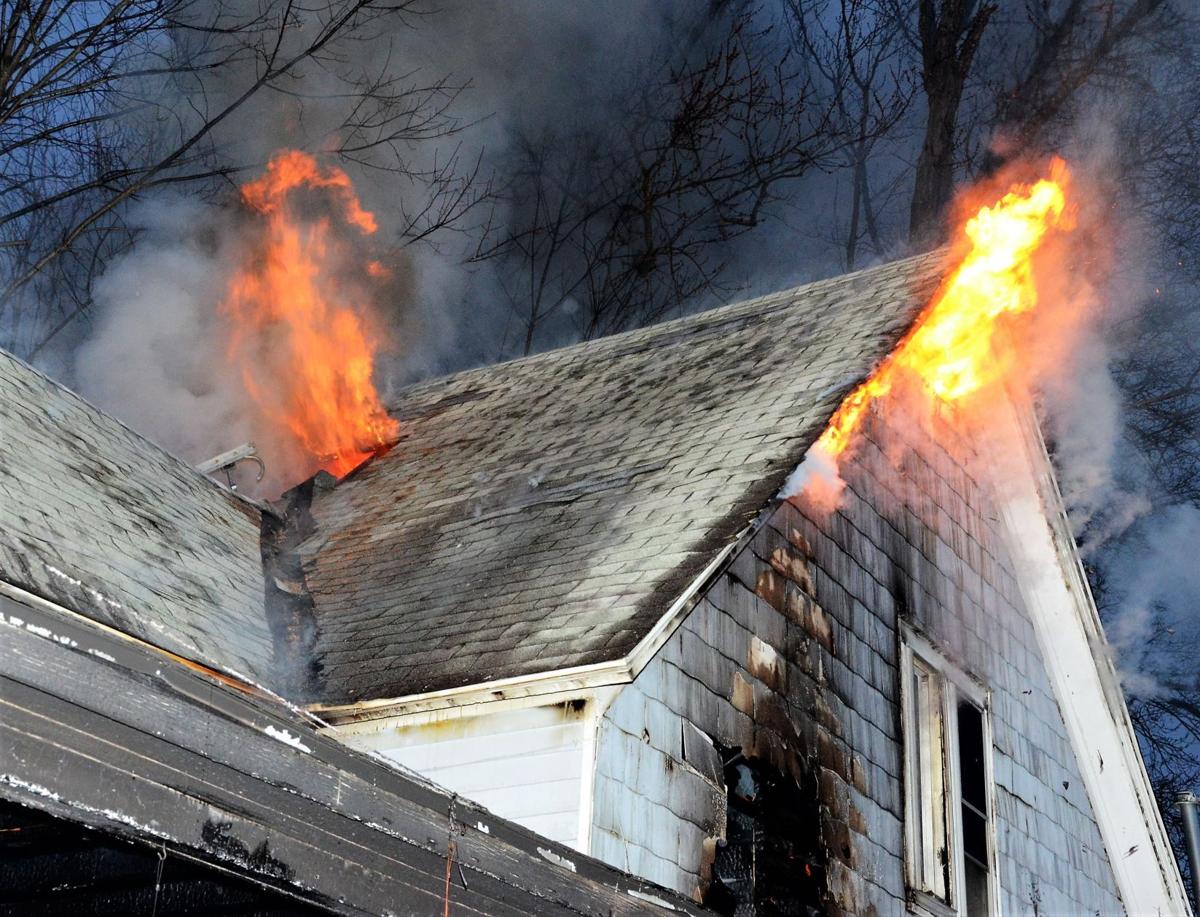 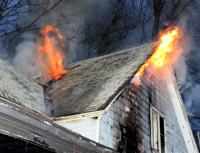 Flames shoot from the roof of the house. 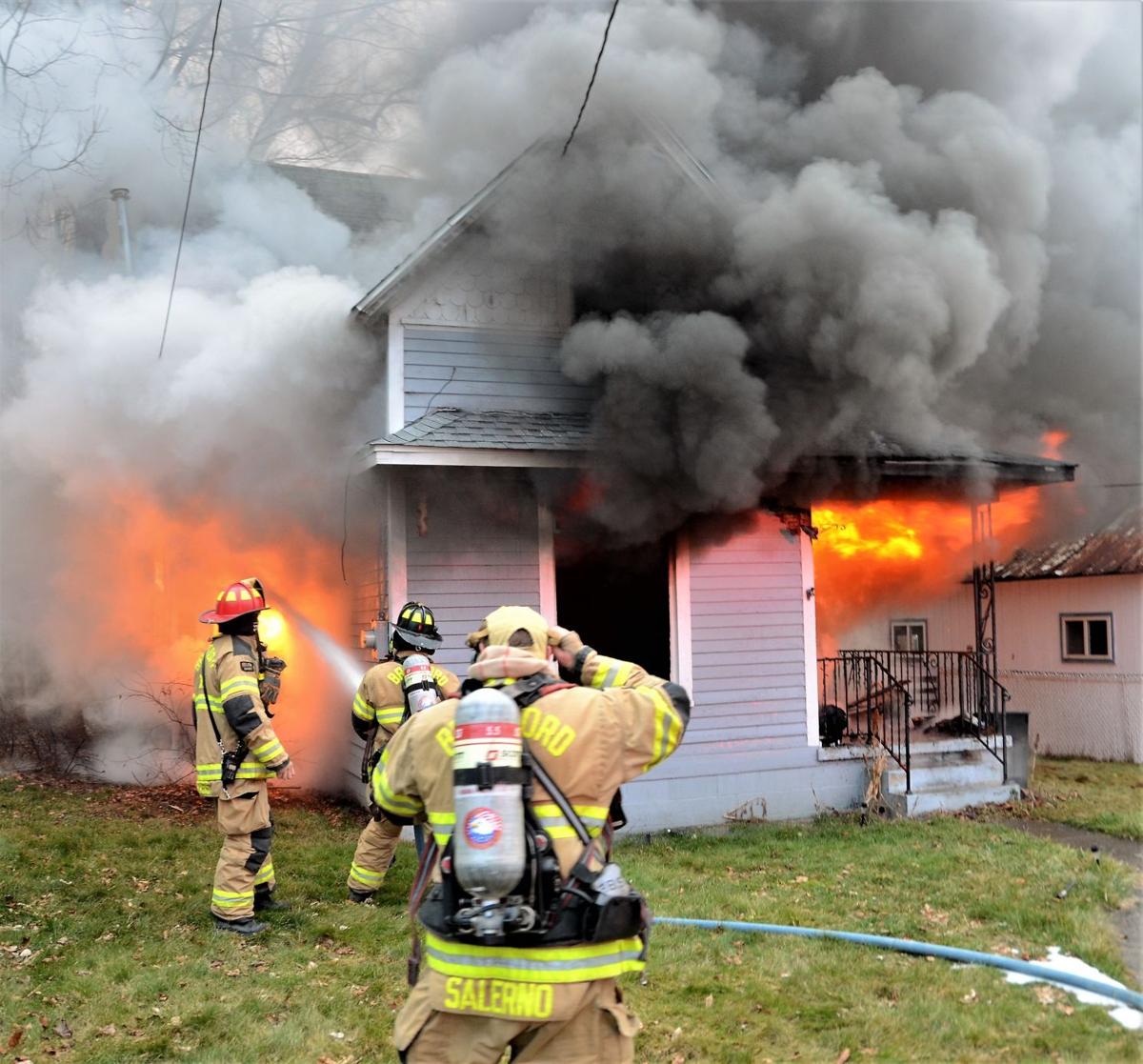 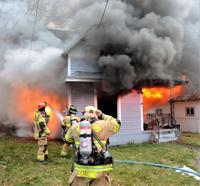 Bradford City firefighter Chris Spaich works inside the residence as sparks and flames swirl around him.

Flames shoot from the roof of the house.

A fire at 112 Barbour St. in Bradford Tuesday afternoon had firefighters on scene for several hours.

The fire was called in by a passing Bradford City Police officer.

Time of dispatch was 4:07 p.m., and upon arrival, there was heavy fire and smoke showing. The fire was brought under control by 4:53 p.m. Penelec was called to cut power to the residence.

The residence is a rental, owned by David Monago. The resident was not home at the time of the fire.

According to Captain J.D. Tehle, there were no injuries and pets in the residence got out safely.

“We got a good knockdown on it, but it got in little spaces. It was a lot of work. The guys did a fantastic job; I’m very proud of them. It was a tough fire to fight,” Tehle said. “The guys stepped up and did an excellent job.”