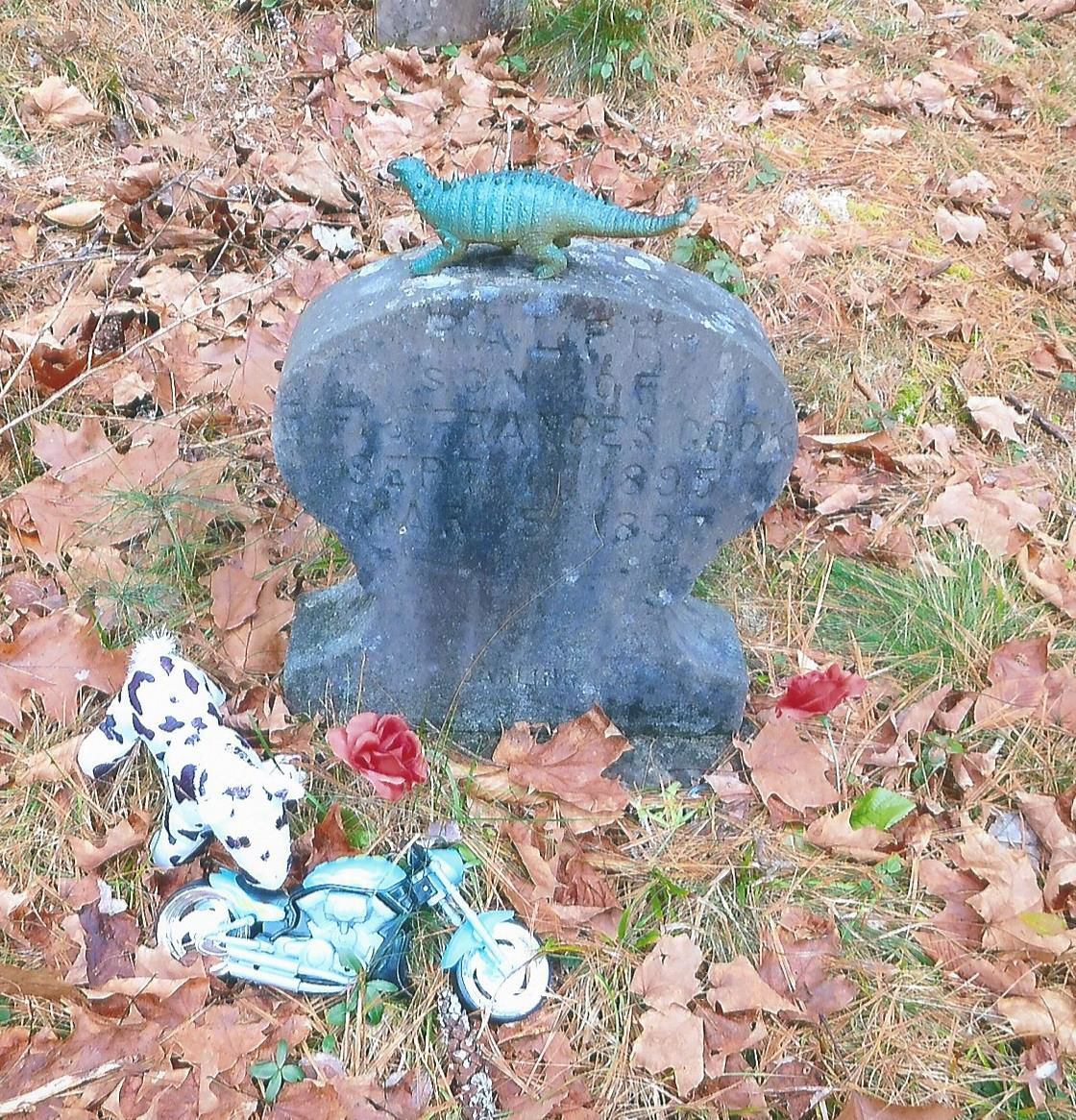 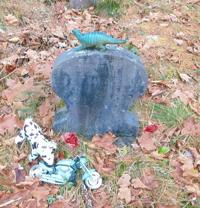 Children in the area of the Halton Cemetery leave toys for the young tots who are said to haunt the century-old final resting place of children lost in a smallpox epidemic. 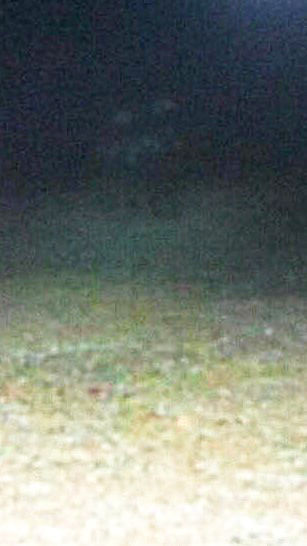 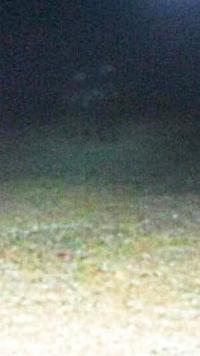 This photo shows purported ghosts of children in the Halton Cemetery in Elk County.

Children in the area of the Halton Cemetery leave toys for the young tots who are said to haunt the century-old final resting place of children lost in a smallpox epidemic.

This photo shows purported ghosts of children in the Halton Cemetery in Elk County.

While writing my latest book, Ghosts Revisited, I traveled to 32 haunted sites in Pennsylvania and Western New York. By far, the creepiest place I toured was the Halton Baby Cemetery near Ridgway.

I first learned of this graveyard at a book signing I did last fall. Another vendor, who was a psychic, told me Halton’s history. The lady said that the village was booming at the turn of the 20th Century. Hugging the shore of the Clarion River, the town’s lumber industry was the mainstay of the region. That was until smallpox swept through the town in 1908 and decimated its baby population. The children were buried on a hillside across the river.

The lady then told me about her excursion to Halton Cemetery. Upon her arrival, she was immediately aware of a malicious presence. Her psychic powers determined that it was the dead caretaker who watched over the souls of the children. The woman was freaked out by her encounter and hurried back to her car, only to find that it wouldn’t start. When she finally did get the engine to roll over, the caretaker followed her home!

After obtaining directions from the white-faced psychic, I was determined to visit Halton the next day and see it for myself. Discomforted by her story, I set out with trepidation. As I drove south down Route 219, a brisk wind raked fall leaves from the quivering branches along the roadside. In Ridgway, I took a right on Main Street and crossed a bridge onto Route 949 that wound through a gloomy wood.

As I zoomed down the dark tunnel of trees, I grew more apprehensive. Finally, after what seemed like hours, I arrived at the Clarion River. There, the road narrowed into a one-lane track that was only a few feet from the rushing water. I prayed that I didn’t meet a vehicle coming the other way before I reached the Halton Church with its tall, white spire stretching skyward. I assumed the cemetery would be near the church but searched the area in vain. I had passed a restaurant earlier, so I backtracked to get directions from the staff.

Armed with fresh information, I proceeded toward a bridge that spanned the river ahead. As I putted along, I remembered another story about the graveyard I still sought. My friend, Ryan Cavalline of Legend Hunters Films, said that he had gone there after dark and shot some video footage and photos. When he reviewed his photos later, he discovered the ghosts of children clearly on display. He sent me the pics, and I saw the same phantoms!

Mulling Ryan’s evidence, I gulped as I crossed the bridge. Then, I took a left on the far bank of the Clarion and started down a dirt road that a waitress had assured me would lead to Halton Baby Cemetery. The track was muddy, and I drove a long way without reaching my destination. Before I got lost, I stopped at a house that appeared suddenly through the trees. I had just started across the lawn when a huge, black dog with slathering jaws came bounding toward me, barking like a hound from hell. Luckily, the beast’s owner followed right behind and made the dog heel. She said that the cemetery was just over the next rise. She also informed me that her own children went there often and left toys for the baby ghosts to play with. Her somber narration made me uneasy as I eyed her still snarling hound.

Sure enough, the graveyard was exactly where the neighbor had said. It sat in a ravine spilling down a sharp hillside that was wooded and dreary. I didn’t want to be stranded in this spooky locale, so I kept my car RUNNING. I soon noted that many of the tombstones were crumbled or blackened with rime. Most bore the death date of 1908, and the interred were newborns or had lived to be one or two years old. Throughout my investigation, I felt like I was being watched. It wasn’t just the autumn wind that set my teeth to chattering. After snapping a few quick photos, I hustled back to my auto and peeled out of there!

On my return journey, I got about halfway home when the “tire” light glittered on my dashboard. Pulling off the road, I got out to see what was wrong. I found that one of the tires I had just bought was missing its cap and had visibly deflated. I know when I left that morning that the cap was on, because I had admired my new “snow biters” before starting out. With a shiver, I zipped my winter coat up to my neck.

Later, when I stopped at Lantz Corners to fill up my tire, I couldn’t help thinking about the dead caretaker who had scared my psychic friend spitless! Could he have been the culprit who messed with my ride? Or were those child ghosts photoed by Ryan playing a prank? All I know for sure is that I will NEVER go back to the Halton Baby Cemetery — even if threatened at gunpoint!

(Bill Robertson is a local author of poetry, horror and historical fiction. His website is http://www.thehorrorhaven.com)