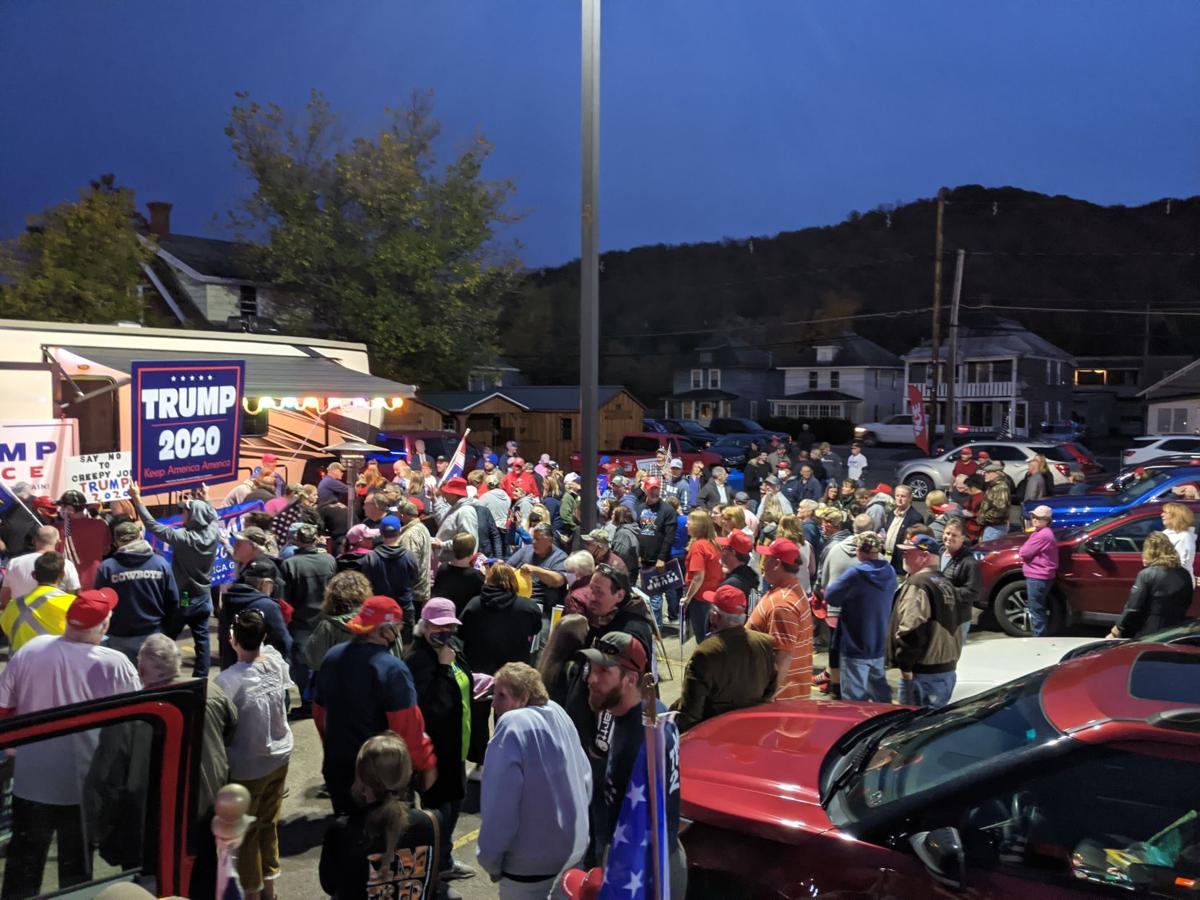 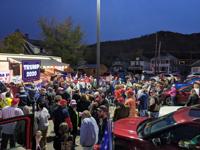 A large crowd was in attendance at Wednesday’s rally to show support of President Trump’s bid for re-election. 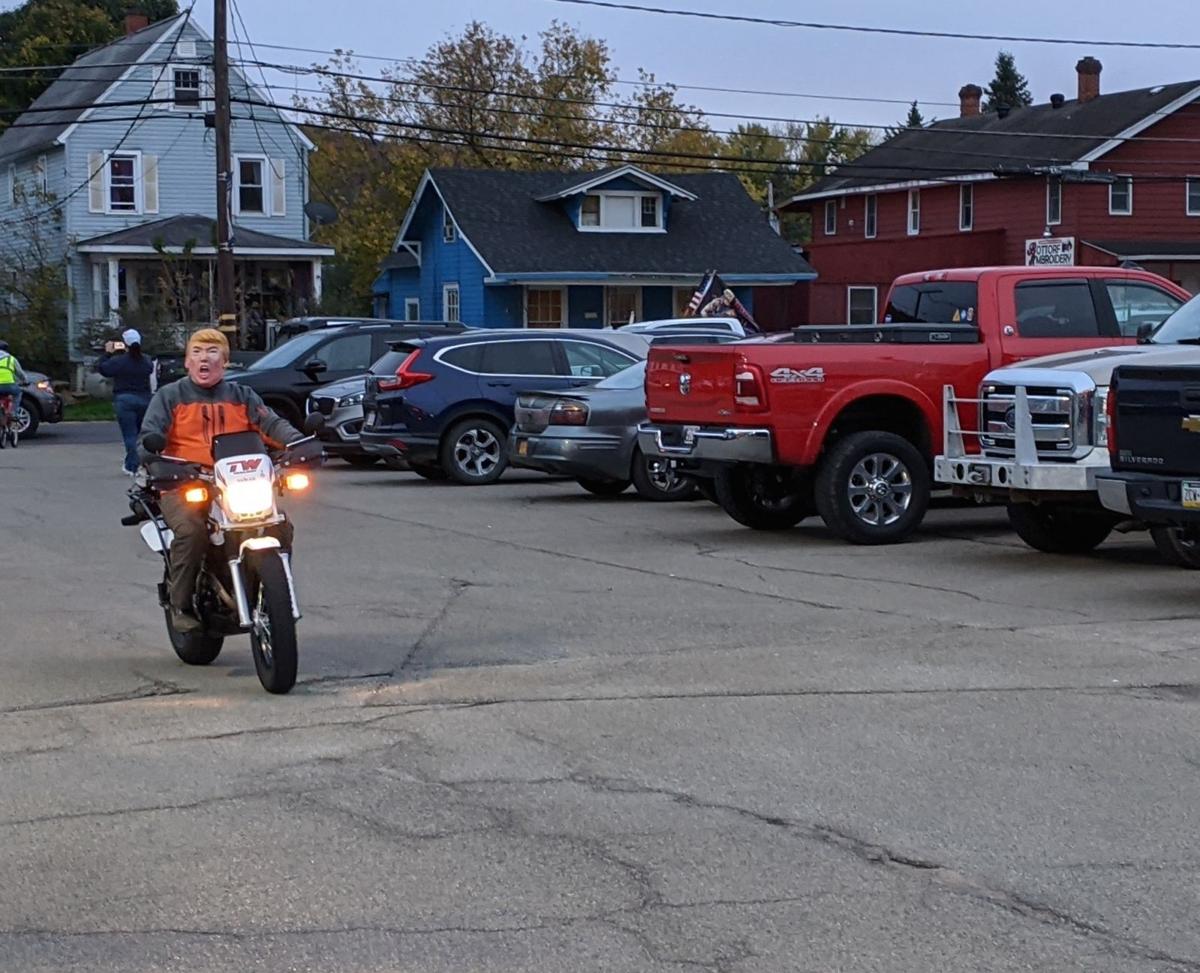 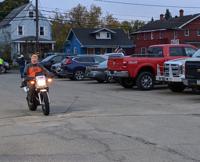 A member of the Trump parade sports a Trump mask as the rider enters Ace Hardware parking lot Wednesday.

A large crowd was in attendance at Wednesday’s rally to show support of President Trump’s bid for re-election.

A member of the Trump parade sports a Trump mask as the rider enters Ace Hardware parking lot Wednesday.

Ace Hardware parking lot was overflowing with Trump energy Wednesday evening. A tail-gate style rally filled the parking lot with cars and Trump supporters well before the arrival of the ‘Trump Train’ parade that gathered at the Bradford Mall parking lot and wove its way through town to arrive at the rally.

Horns honked and cheers of “Four more years!” could be heard periodically during the rally.

Kane encouraged those in attendance to get out and talk to people and work toward a “big turnout Nov 3.”

Kane commented, “We have the choice: a man who has everything we strive to have; wealth, a wonderful family, fame, recognition, who can have a very quiet and peaceful life but out of love of country, he exposed himself to absolute ridicule and daily attack. The comparison is someone who has made a living for 50 years on our tax dollars. Who do we want to elect?”

Causer spoke of his experience working with Dush, who currently represents the 66th Legislative District in the State House, noting they have worked well together for six years.

“Cris and I are going to represent this area in the coming year and work together for all of you in Harrisburg. But I’ll tell you what, every single office is important. So let’s get out there and take back our country,” Causer said.

Dush noted he has talked to constituents who have never seen the candidates for row officers visit their hometown. However, this year, that has happened.

Dush also recognized veterans in the crowd, asking those who served in Vietnam and elsewhere to raise a hand.

A lone protester marched along West Washington Street and later in front of the speakers, carrying a handwritten sign.

Originally, the rally was to be held indoors, but the level of interest resulted in the move to an outdoor location instead.