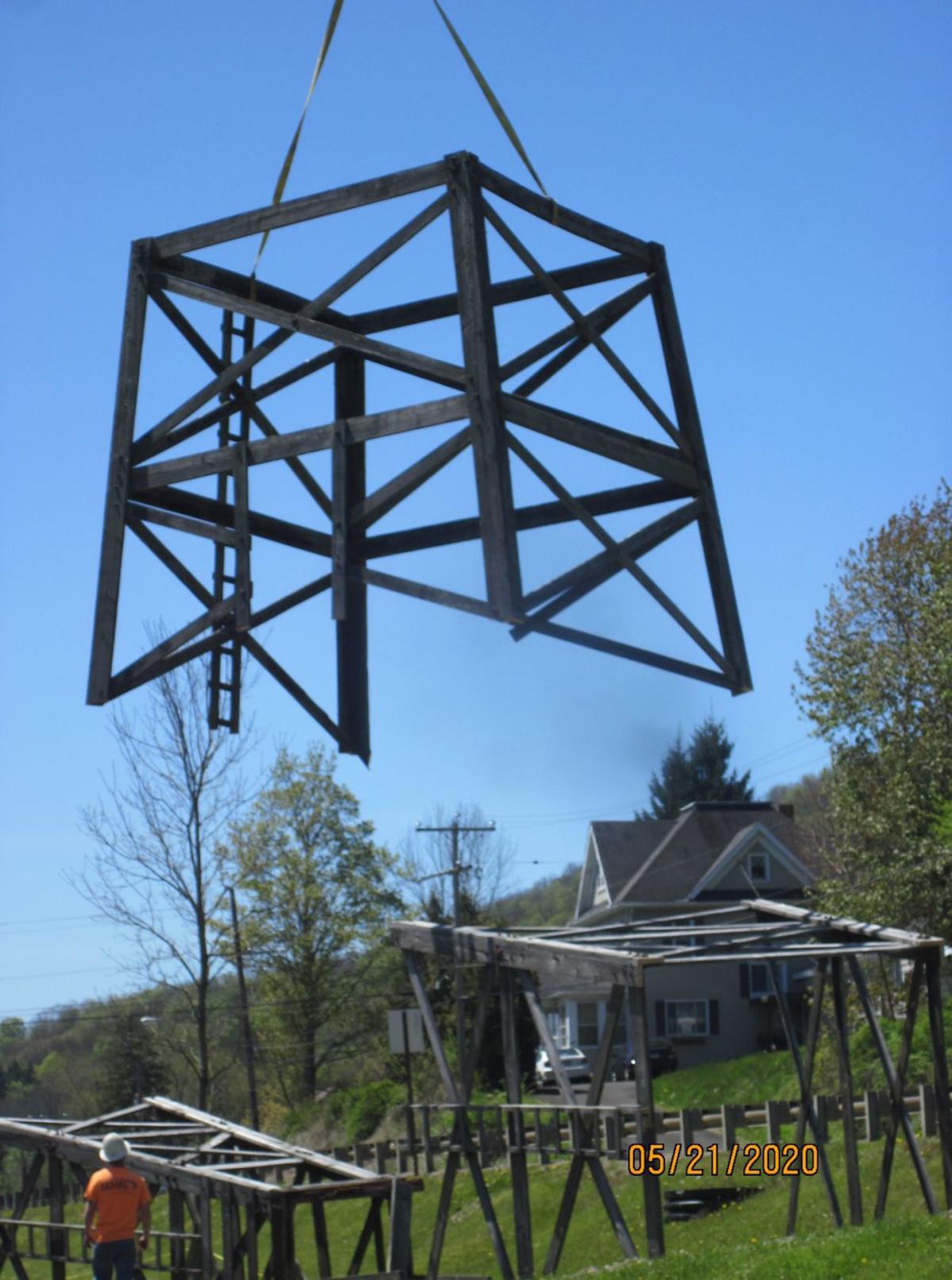 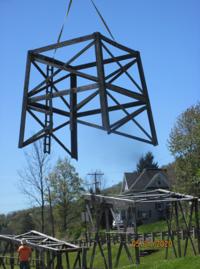 The Penn Brad Oil Museum’s derrick, which has been standing since the 1970’s, had to be demolished Thursday due to instability. 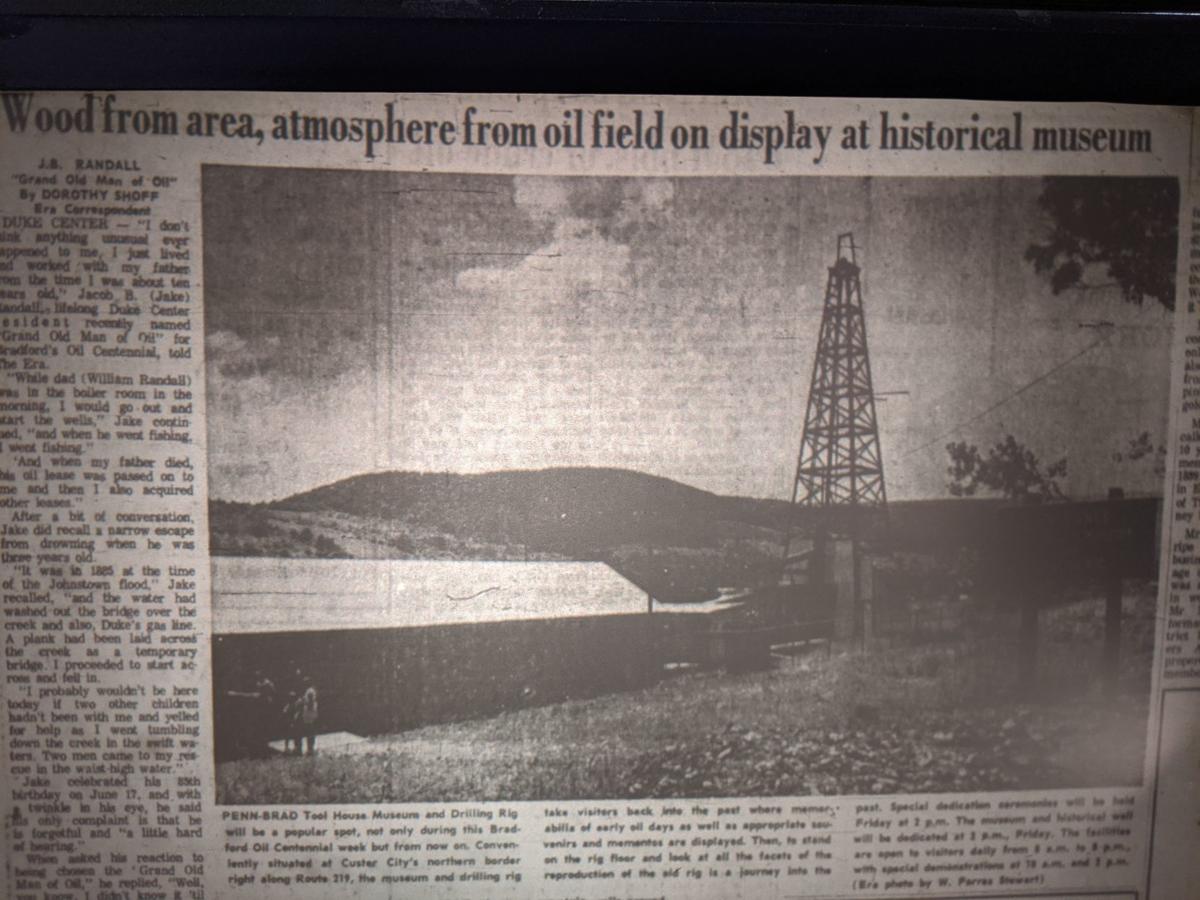 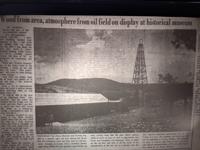 This image shows the story from Tuesday, Aug. 17, 1971, which previewed the dedication of the Penn Brad Oil Museum and the derrick, which were set for Friday, Aug. 20, 1971.

The Penn Brad Oil Museum’s derrick, which has been standing since the 1970’s, had to be demolished Thursday due to instability.

This image shows the story from Tuesday, Aug. 17, 1971, which previewed the dedication of the Penn Brad Oil Museum and the derrick, which were set for Friday, Aug. 20, 1971.

The oil derrick at the Penn Brad Oil Museum, a long-standing landmark along Route 219 just outside Custer City, had to be taken down in an emergency demolition Thursday.

Kessel Construction completed the demolition process, and did a “great and efficient job at taking down this long time landmark,” according to a social media post from museum officials.

The derrick withstood years of weather, although the tornado that damaged various points in the area in 2003 did not leave the structure unscathed. Rehabilitation was required at that time.

In recent months, the museum board of officials had recognized there were concerns with the derrick’s stability and had been making plans to address the issues.

“The museum board had been getting quotes and searching options to rebuild the derrick, it was known that it was deteriorating rapidly in the weather. These derricks, when originally built way back in the day, were never intended to stay up for any extended length of time, let alone 50 years,” Museum Manager Fran Bottone explained. “We (the museum) would like to rebuild the derrick ASAP. It was a very iconic landmark and is also the museum’s brand or trademark. It was also one of the only known full size ‘standard’ oil rigs still standing in the entire country.”

Thomas A. Miller, President of the Penn Brad Oil Museum, noted that he was not involved with the museum at the time of the derrick’s construction, which was in relation to the centennial of the Bradford Oil Field. He noted he does remember the celebration that was held at the time.

“We have hopes of rebuilding the entire rig someday but it will be a very expensive proposition. It was originally built by seasoned rig builders, a breed which is long gone. This is an especially tough time to consider rebuilding since the economics, especially in the oil industry, are so poor,” Miller said. “To top it off, we haven’t been able to have any fundraisers at least so far this year because of the (Coronavirus) lockdown.

The museum is a non-profit organization and would welcome donations from the community to go towards rebuilding this local landmark.