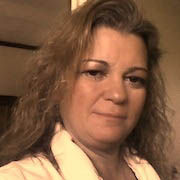 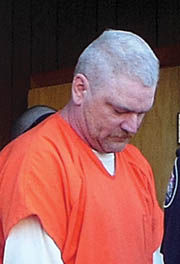 RIDGWAY — An Elk County jury believes a St. Marys man acted knowingly when he lured his girlfriend from her workplace and fatally shot her in the back, returning a first-degree murder conviction against him Thursday and rejecting the defense’s diminished capacity claims.

Sentencing of Michael Stephanic Jr., 46, has yet to be scheduled, but isn’t likely to take place before the completion of court-ordered evaluations due by mid-September. He faces a mandatory sentence of life in prison, with the death penalty not pursued in this case.

The verdict was returned after a brief deliberation and three days of testimony in which the prosecution and defense offered competing accounts of the man, his victim, 48-year-old June Talmadge, and the circumstances around her Sept. 3, 2013 death.

Hooper, while acknowledging his client fired the fatal shot, claimed the act was not premeditated murder, but instead a sudden and spontaneous “passion killing,” one prompted by months of domestic squabbling and set-off by a night of heavy drinking.

“The record is replete with evidence of his intoxication: shots of alcohol and beer in the late afternoon, and arguing in public,” Hooper said. He suggested jurors consider a lesser manslaughter charge if convinced Stephanic was so drunk that he could not have been “consciously aware of forming the intent to kill.”

The jury was not swayed, however, and instead brought back the toughest charge available.

This despite evidence indicating Stephanic’s blood alcohol content was still .128 percent, five hours after the shooting. Comparatively, the legal limit for operating a motor vehicle is .08 percent.

Stephanic’s mother and sister also testified Thursday, describing Talmadge as domineering, while attorney Hooper implied his client may have ultimately snapped under the weight of her thumb.

“She called him a good-for-nothing lazy bum and said she was tired of supporting him,” the mother, Elsie Marie Williams recalled.

Stephanic went a step further in taking the stand, casting himself as the abused and Talmadge as the abuser.

“She would call me a loser, say I wasn’t worth anything because I didn’t have money,” he said, claiming to have also been subjected to physical and emotional abuse, including on the night of the shooting.

It was a radical departure from the picture painted by prosecutors over two days of evidence displays. In them, Stephanic appeared vengeful, possessive and desperate to cling to a dying romance.

Eyewitness accounts had him vowing to never let Talmadge leave him during an argument just hours before her death. Text messages sent between the couple that day also revealed his anger over an earlier police encounter involving a domestic disturbance at their shared Brusselles Street apartment. Stephanic described Talmadge as the instigator of that incident.

It was one of two brushes with the law for Stephanic in a preceding 24-hour period: The other involving the discovery of his van, wrecked and abandoned steps from the plant where Talmadge waited to start her shift, a gun reportedly inside.

McMahon implied this was likely Stephanic’s first attempt at killing that night, but said he was instead turned away by plant supervisors who reported being alarmed by Stephanic’s disheveled appearance and aware of the earlier domestic dispute.

Stephanic, himself a plant employee at the time, would later return.

According to testimony heard this week, he would arrive at around 2:30 a.m. on Sept. 3, 2013, and during a conversation with Talmadge in the plant’s parking lot, shoot her in the back.

A forensic pathologist testified the single shot from the big-game rifle caused catastrophic damage to Talmadge’s internal organs and spine, leaving her face down, unable to move and bleeding heavily.

Stephanic would eventually be tackled and disarmed by plant employees and held for police, but not before causing a facility-wide panic and tense emergency response, both documented throughout the trial.

Officers and staff testified that Stephanic had even bragged about what he had done, telling them Talmadge was his only intended victim and “wouldn’t be able to hurt anyone else.”

While the prosecution took the statements as proof of his intent, the defense presented them as proof instead of his addled mind at work, the result, they claimed, of anger and alcohol use that left him with no recollection of the incident and apparently no ability to plan it.

On the stand Thursday, Stephanic claimed the loss of consciousness began hours earlier, on the evening of Sept. 2, 2013 after heavy alcohol consumption that day.

Stephanic said the next thing he remembers is waking up in jail, as he put it, “hungover and hurting.”

He said he remembers feeling angry before blacking-out, but said it stopped short of wanting to kill.

Elk County District Attorney Shawn T. McMahon pounced on the claims, pointing to Stephanic’s use of a phone, motorcycle and complicated bolt-action rifle during the alleged black-out, all of which he said require “some control of your faculties” to operate.

“Mr. Stephanic said he doesn’t remember,” McMahon added in closing arguments. “I ask you to refresh his recollection by finding him guilty of first-degree murder.”

McMahon would go on to dispute defense claims that Talmadge was the aggressor or provocateur, saying evidence shows Stephanic repeatedly sought her out that day and fanned the flames of a dispute that would ultimately mushroom into murder.

It was not immediately clear what arguments or aspects of the trial proved most resonant for the four male and eight female jurors looking on, but their deliberation of just over an hour indicated little doubt on their part.

Members of Talmadge’s family watched closely as the jury emerged from its deliberation room, likely trying to get a read on their decision.

Some of those same family members dabbed their eyes with tissues as the verdict was read aloud, while Stephanic remained outwardly impassive as he did through three days of graphic and often invasive testimony in Elk County Court in Ridgway.

With the reading of the verdict he was handcuffed and taken back to prison where he has remained since his arrest without rights to bail.

A separate charge related to the firing of a weapon into the factory building, either when Talmadge was shot or during a subsequent struggle for control of the weapon, was not addressed in Thursday’s verdict.

Court records also do not currently indicate the status of the third-degree felony count.