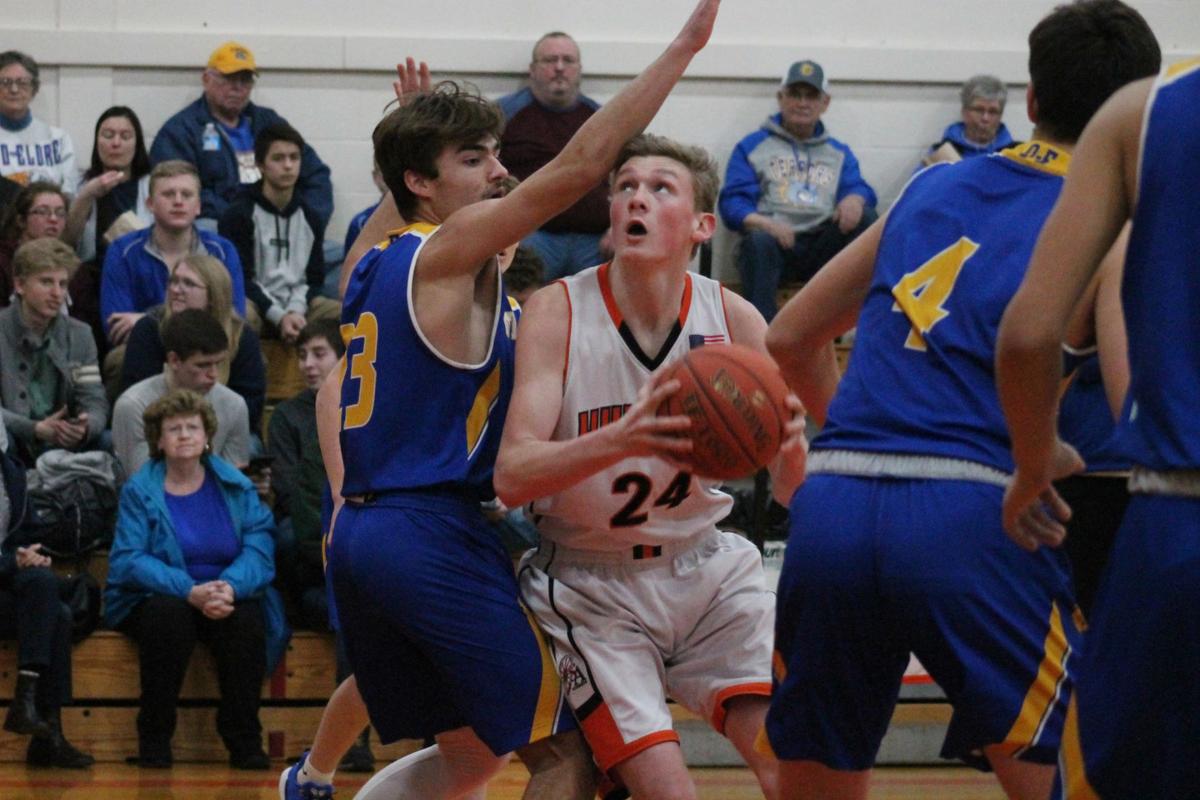 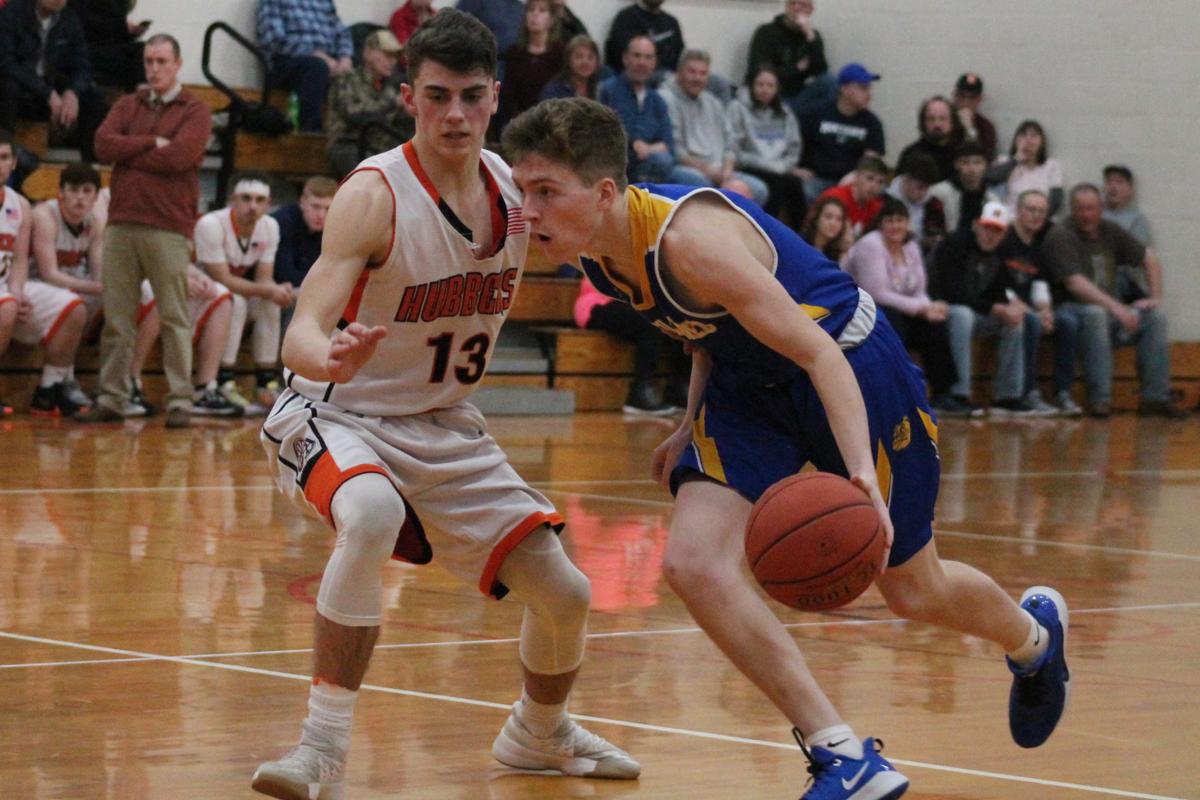 SMETHPORT — For the second time this season, it took a final shot at the buzzer to decide the winner between Smethport and Otto-Eldred.

And for the second time this season, the Hubbers managed to pull off a narrow victory over their North Tier League rivals.

After trailing by nine points at halftime, Smethport rallied to take a one-point lead into the fourth quarter before hanging on late for a 50-47 win over the visiting Terrors in each team’s regular season finale.

“It must’ve been my halftime speech,” Hubber head coach Jay Acker joked. “The main thing was we needed to turn up our intensity. Our defense in the first half was really slow… I didn’t think the intensity level was where we needed it to be. And we also weren’t driving the ball or trying to get into the paint.”

His players certainly responded. After allowing O-E to take a 24-15 lead built primarily through 3-pointers, the Hubbers tightened up defensively. The Terrors sank five of 11 shots from downtown in the first two periods, but made just two of 11 attempts in the second half.

Smethport also used turnovers to its advantage. After forcing just five in the game’s opening 16 minutes, the Hubs forced 10 in the second half, which often led to easy points in transition for the Smethport offense.

The Terror miscues keyed separate 8-2 and 8-0 runs for Smethport in the third, which allowed the Hubbers to rally from an 11-point deficit to take a 31-30 lead into the fourth.

“The turnovers were big,” O-E coach Dan Dalton said. “The late third quarter, when we turned the ball over three or four times and Smethport got those transition points, it gave them the momentum.”

Meanwhile, on the offensive end, the Hubbers took just one second-half 3-point attempt and finished 0-for-6 from beyond the arc. But they more than made up for it with a 10-for-14 performance inside plus an 18-for-25 night from the charity stripe.

Layne Shall led Smethport with 15 points, while Connor Alfieri was also in double figures with 10.

“We tried to get it into the paint or to the free-throw line, and we did. We got some steals and some run-outs, and that really was the difference,” Acker said. “I think the defensive intensity and getting to the basket got us going.”

The Hubbers led by as many as seven in the fourth before O-E clawed back to within a possession, 47-44, with 33 seconds to go.

Then, with 18 ticks left on the clock, the Terrors appeared to have forced a turnover to get an opportunity to tie the game, but a referee ruled that Smethport had called a timeout before O-E took possession.

“Obviously, I thought it was a late whistle. I thought we had a chance right there,” Dalton said. “But like I said to the kids in the locker room, it was our fault for turning it over that many times and giving up transition points. We can dictate the outcomes of our games.”

Out of the timeout, Shall hit a pair of free throws to put the Hubs up 49-44.

How former Arizona Wildcats fared in NBA on Monday night

On the ensuing Terror possession, Jake Merry hit one of his four 3-pointers to pull O-E back to within 49-47. Merry led his team with 14 points, while Cole Sebastian and Braden Maholic each scored 13.

Alfieri went to the line immediately after and sank just one of two, giving O-E one final chance to tie the game with 5.6 seconds left. Sebastian brought the ball up the court and found Maholic on the wing for an open three, but the guard’s shot was short.

“We ran Jake Merry off a door screen in the corner as kind of a decoy, and we thought Maholic had just hit one (with 1:04 to play), so maybe he can hit another one,” Dalton said. “I was happy with the look we got.”

Smethport and O-E will now turn their attention to the District 9 playoffs. The Hubbers are set to rematch with Ridgway in the Class AA postseason, according to Acker, while Dalton indicated the Terrors are likely to face Clarion-Limestone in Class A.

“It’s not going to be easy,” Acker said of the rematch with the Elkers. “It’s never easy playing Ridgway. They’re up in your face all game long… We’ll have to make our shots and handle pressure. If we do that, we’ll be okay.”

Meanwhile, Dalton feels his team can give Clarion-Limestone another run for its money. The Lions narrowly edged O-E in last year’s Class A quarterfinals, 61-58.

Showers early, becoming a steady rain later in the day. High near 45F. Winds SE at 5 to 10 mph. Chance of rain 100%. Rainfall near a quarter of an inch.