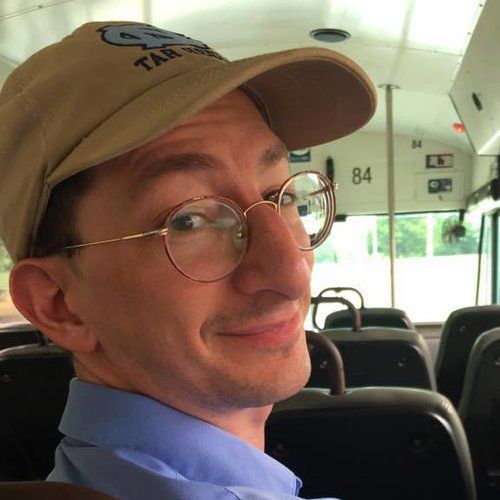 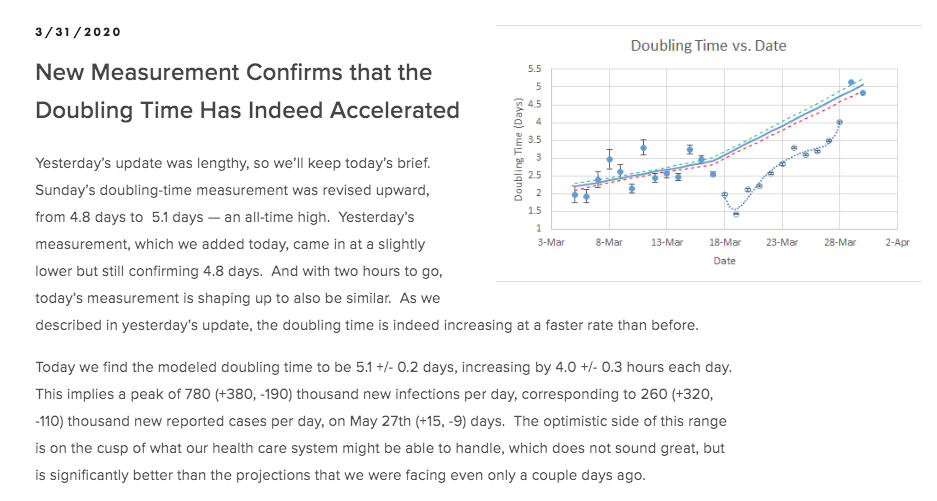 The world is watching, rapt, with every new piece of information about the novel coronavirus, the virus that causes COVID-19. People want to know: what does this medical emergency mean for me and the people I love?

One Bradford Area High School grad is using a simple piece of data — how quickly the number of known U.S. COVID-19 cases doubles — to instill in Americans a sense that their actions matter right now.

Dr. Dan Reichart, professor of physics and astronomy at the University of North Carolina at Chapel Hill, knows it’s not easy to change one’s behavior without feeling the difference it will make.

Starting March 17, Reichart, with help from two associates, has been posting almost daily updates to his website and Facebook page on the COVID-19 doubling rate. He includes projections on when the disease will peak in the nation and what the ultimate number of deaths might be.

But the point of the project isn’t to predict the future, but rather to show people that this is what could happen if the rate of doubling time does not increase faster, according to Reichart.

“So the goal really isn’t to project what will happen, but to give people some tangible feedback on their collective, social distancing efforts,” he said. “As everyone gets better at this, the good numbers go up and the bad numbers go down. In this sense, it is meant to be both encouraging and empowering.”

On his website, Reichart describes how they use the data to reach their conclusions and provides updates when they tweak the way they analyze the data. He includes notes on how other factors — such as an increase in testing — have distorted the numbers.

When talking about how the data has changed, he said, “Over the past week or two, testing finally began to ramp up in the US, which is great. But this also made the doubling-time data untrustworthy.

O-E will release a virtual graduation ceremony this Friday

Reichart decided to start the project because he felt that, with his background, he could present the data in a way that would help readers to understand what was happening.

“I’m not an epidemiologist, but I am pretty expert in the modeling of data (having developed and published a number of new statistical techniques on this topic),” he explained. “And as an astrophysicist, I deal with exponential functions a great deal. In short, this is something that I felt that I — working with a small, talented team of current and former students — would be able to do, and provide as a public service.”

“Unlike most projections out there, we’re taking a very simple approach: How long until twice as many people are infected? This is something anyone can calculate very simply from each day’s number of new cases,” he said. “And fortunately, this doubling time is getting longer each day — in part because people are taking social distancing more seriously each day.

“All that we are then doing is measuring the current trend and carrying it forward: If we keep improving at this rate, then what will happen, in terms of number infected, number symptomatic, and number of deaths?”

While Reichart no longer has family in the Bradford area, “I still consider Bradford my home, and enjoy keeping up with everyone on Facebook.” His father, Paul Reichart, was managing editor of The Era for more than 20 years.

To receive daily updates on their Facebook feed, people can send a friend request to Dan Reichart; otherwise, they can view the updates on his website at www.danreichart.com/covid19

A few clouds. A stray shower or thunderstorm is possible. Low 64F. Winds SSW at 5 to 10 mph.

A few clouds. A stray shower or thunderstorm is possible. Low 64F. Winds SSW at 5 to 10 mph.