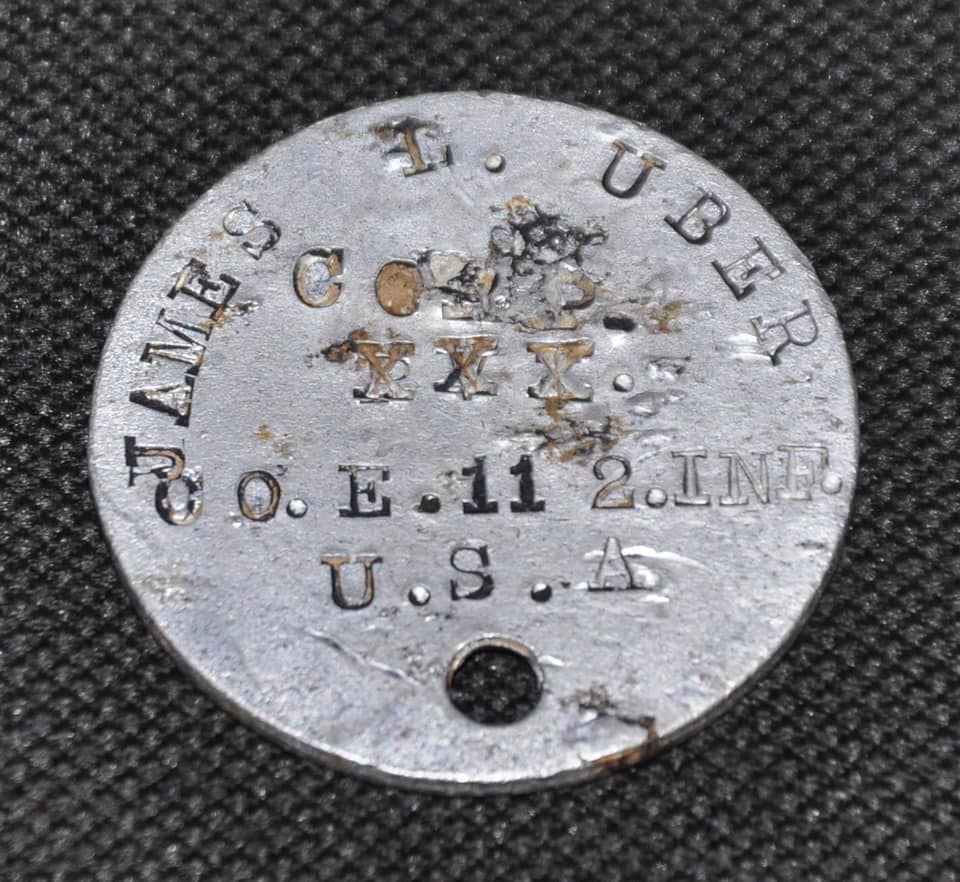 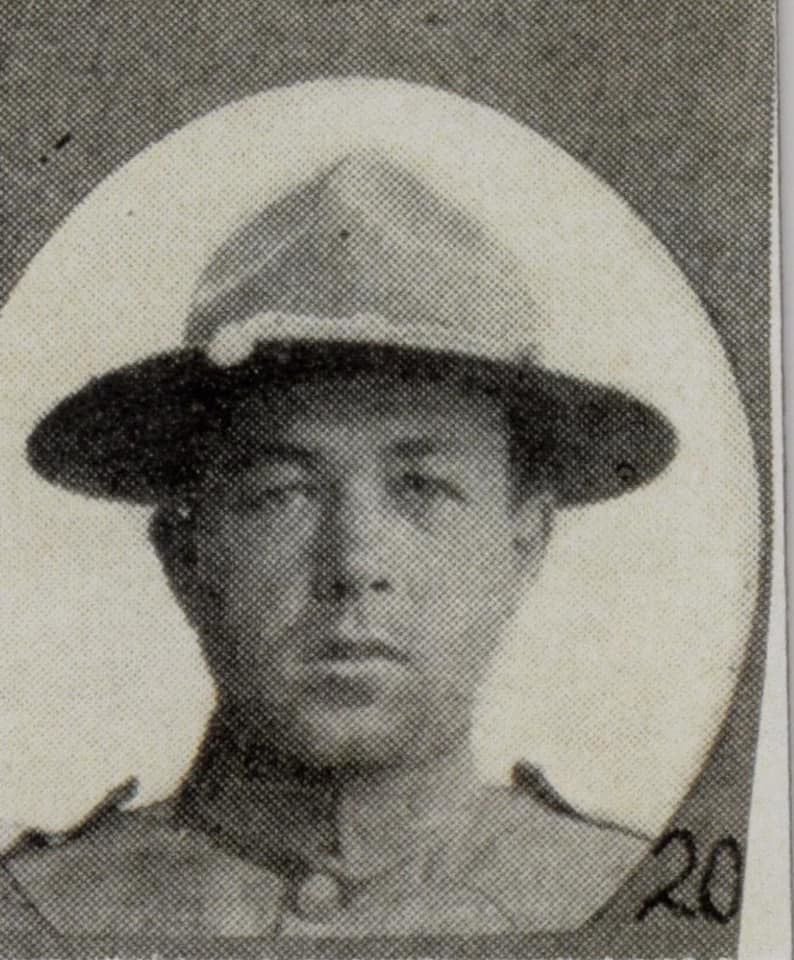 More than a century ago, a Pennsylvania National Guardsman from the Kane area was presumably killed in a battle in France.

Cpl. James Lester Uber, 29, was listed as Missing in Action on Oct. 8, 1918. His body was never identified or recovered.

His name is inscribed on the Tablets of the Missing, Meuse-Argonne American Cemetery, Romagne, France. History says the Meuse-Argonne offensive of 1918 was America’s deadliest battle ever, with 26,000 U.S. soldiers killed, tens of thousands wounded and more ammunition fired than in the whole of the Civil War.

Uber was one of 954 missing American soldiers.

A group of staff members from the Sgt. Alvin C. York Historical Park in Tennessee were in France for the World War I Centennial events in 2018. They were approached by a young French boy who gave them an American soldier’s dog tag.

It belonged to James Uber.

The boy had found the tag near Hill 224, where the 28th Division was engaged on Oct. 8, 1918 — likely near where Uber had fallen. Joseph Gamble, a curatorial assistant at the York Historical Park, donated the tag to the National Guard Museum at Fort Indiantown Gap.

Lt. Col. Greg Davis, a retired member of the 28th Infantry Division, the home unit of Uber, is trying to track down the man’s family.

“There is a family somewhere in Elk County that is related to him,” Davis said. He found them on Ancestry.com and has sent a message through the site to the descendants.

“I posted a pretty detailed message that his dog tag had been recovered,” Davis said. “I am now waiting to hear from her.”

“There might be somebody out there who knows the family,” Angell said. “It would be neat to see what information pops up.”

He spoke of the incredible odds against something like this happening.

“It’s been over 100 years since the Armistice and they are still finding stuff,” he said. “They said it was a kid who found the dog tag. The fact that here is this boy, who didn’t just stick the tag in his pocket and keep it. He took it to Americans who were visiting, and they happened to be historians.”

And then those people researched the tag, found out the man was from the 28th Division in Pennsylvania and gave the tag to the museum.

“You have not just one person trying to do something nice, but several people who were moving this along,” Angell said.

As to what may happen should the family be found, Angell said, “It could be any number of things. If somebody is found, we would like to meet with them and talk to them and see what they think. The family member may like the story and want to share the story — we could tell the soldier’s story for them.

“The value of it is the uniqueness of the story,” he said.

Angell gave some background on the museum at Fort Indiantown Gap.

While the museum contains old weapons and trophies, it also contains items donated from veterans.

“There’s some items from a Prisoner of War who was in a German camp,” Angell said. “Personal items he had with him when he was a prisoner — a Bible, things like that. It’s all items that are unique to the Pennsylvania National Guard.”

Information recovered to date on Uber includes that he was born in Kane, his father was Daniel Uber of Sheffield, he enlisted in Kane on July 14, 1917 and served overseas from May 7, 1918, until his death on Oct. 8, 1918.

Intervals of clouds and sunshine. A stray shower or thunderstorm is possible. High 76F. Winds NW at 5 to 10 mph.