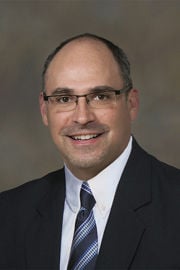 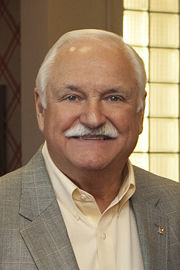 After more than 14 years at the helm of Zippo Manufacturing Co., Greg Booth plans to retire next year, and Mark Paup has been chosen as his replacement.

Zippo’s owner and chairman of the board George Duke made the announcement on Tuesday.

“In anticipation of Booth’s retirement, Duke has selected Mark Paup to follow as the future president and CEO of Zippo and its subsidiary, W.R. Case & Sons Cutlery Co.,” reads a statement from the company. “Paup is currently vice president of sales and marketing and a member of the Zippo board of directors.”

Duke said, “I think it is important to share with the company and community our future plans. Change is one of the many constants in business, and we are fully prepared for an effective and smooth transition of corporate leadership.”

He continued, “Mark brings an unmatched wealth of experience to his future position. He is a bright, savvy business professional who is well suited to guide our company into the future.”

Booth, Zippo’s president and chief executive officer since February 2001, made his announcement to Duke and the company’s board of directors. He plans to retire “sometime during the first half of 2016.”

In his comments to the board, Booth explained, “My decision to retire from Zippo/Case was one that I have been considering for some time and was not any easy one to make. My love and passion for this company remains as strong as it was the day I walked in the door, 15 years ago.

“I graduated from college in 1971 and have enjoyed a thrilling and productive working career that will total 45 years next year,” Booth said. “But after much discussion with my wife Cherie and my family, I’m ready to enjoy the next chapter of my life which will include continued involvement with Zippo as a board member; continued volunteer work with a number of organizations here in Bradford, including The Ashley Booth Griffin CARE for Children Center; and much more time with our three sons and our 12 beautiful grandchildren.”

Responding to Booth’s retirement, Duke stated, “Greg has been the ideal leader for Zippo and Case. His guidance, insight and dedication have made Zippo a leading global brand. Clearly, he has been the single most important factor in the company’s growth and financial success for the past 15 years. He will remain active as a close personal friend to me, a guiding member of the Zippo family, and a leader within the Bradford community.”

OH: DOG RESCUED FROM FLOOD WATERS UP FOR ADOPTION

Buttigieg: We are moving on with a battle on our hands

What's the story behind margaritas?

Booth was named to Zippo’s helm upon the departure of Mike Schuler. Booth had been the president and chief operating officer of Case for about two years prior to leading Zippo. Before that, he spent nearly 30 years with Kendall Motor Oil and Sunoco Lubricants in a variety of sales and marketing and management positions.

Zippo, makers of the world famous windproof pocket lighter, has made incredible strides worldwide during a time when smoking has become passé in popular culture. The company has had record sales in the past few years, in large part due to Booth’s leadership. The target audience for the iconic lighters is now ages 18 to 34 — a big change from years past, when the average age of customers was about 30 to 50.

Under Booth’s guidance, Zippo has expanded its offerings, with thousands of pieces of art available on the pocket lighter, as well as an option to customize a lighter with one’s own photo or artwork. More strides were made to connect with younger audiences as well, with Zippo sponsoring music series, a professional surfer and keeping strong its connection to movies and television, where the lighter is still scoring starring roles in hugely popular films, like X-Men, and shows, like The Walking Dead.

Zippo brand stores have been opening, a few in Las Vegas, but more in mainland China, Korea and the Philippines. Zippo doesn’t own the stores, but works with the store owners to send a “single brand message” around the world, Booth explained to The Era earlier this year.

The Zippo product line has expanded to include camping equipment, fragrances and a clothing line. And Zippo has acquired competitor Ronson, growing it by 50 percent.

In 2012, the company marked production of its 500 millionth lighter. And it shows no sign of slowing down.

Earlier this year, Booth told The Era, “We’re going to work hard and keep our heads down. I’m glad I’m sitting in this seat during these days.”

Neither Booth nor Paup could be immediately reached for further comment on Tuesday.

A mix of clouds and sun early, then becoming cloudy later in the day. High 48F. Winds SW at 5 to 10 mph.